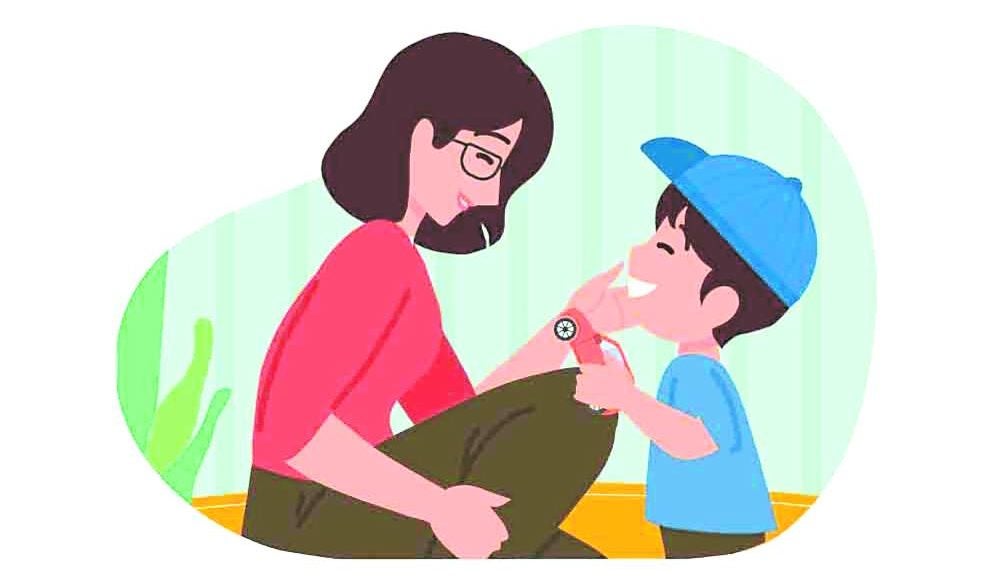 I first heard of the term “emotional bank account” from one of my bosses when I was working in mall operations. She said it was important in building relationships with our merchants.

Stephen Covey, author of “The 7 Habits of Highly Effective People,” used the metaphor to describe the amount of trust that’s been built up in a relationship.

Consider it preventive maintenance. It can seem manipulative, but such goodwill is crucial in any relationship, especially when dealing with not always logical children.

This is especially handy when you want your kids to do something—you don’t want to be overdrawn. They will have a bit more patience with you and will notice what others need because they feel heard.

This, however, entails routinely depositing into the bank account throughout the day. They may not always get what they want, but feeling understood will get them through disappointments.

I learned this and more from Dr. Laura Markham at the 2021 Online Positive Parenting Conference by Sumitha Bhandarkar (afineparent.com). Markham is the author of the “Peaceful Parent, Happy Kids” series and a mom of two. She shared some techniques on how to properly refill our reserves with our children.

Have special time. This means one-on-one time, being fully present, with no phones. This can be challenging because parents can feel the need to be productive, but Markham said, “You can be productive later. Showing love is better: ‘I’m all yours. We’ll do whatever you want.’ Children’s play is their work, so do what they want to do.”

She shared a story about an intellectual feminist dad who hated playing with Barbies with his daughter. So, he turned it into a values discussion about what they wear.

“It’s just 15 minutes,” said Markham. “Admire her imagination, strength, capability in pretend play even if it’s the same thing over and over again.”

Instead of being frustrated about being bad about, say, pretend play, she recommended surrendering to it. Let your child take the lead. Make it sustainable by keeping it easy. Activities like baking pays too much attention to getting things right, so that can maybe be for the weekend.

Markham advised to use a timer to officially end special time so it doesn’t feel like a rejection. Inform your child ahead of time that this is all we have. Then ask: “What could we do at the end of special time to make us feel better after?” so they have something to look forward to. This way, you’re not giving in to an extension you can’t afford at the moment, but you’re acknowledging the feeling.

In mastering what we’re really drawn to—music, sports, academic achievement—we will hit boundaries and inevitable snags. When this happens, we want our kids to get up and try again, to be persistent. Psychologist and author Angela Duckworth called it “grit.”

Markham said that if children think they have somebody in their corner, knowing that they can make it, or that if they fail, someone will encourage them to get up, they will believe they can succeed and will be able to pick themselves up and try again.

“So don’t undermine their self-confidence by solving their own problems,” she said. “They don’t have to get everything they want. But they want someone to understand.”

For instance, your tween sulks about not being invited to parties. While she’s still angry, acknowledge their feeling. Later, wonder aloud: Is that true? Talk along the lines of the situation not being permanent, that they can change it.

If your child feels bad about not doing well on a test, ask, “What did you do in advance to get a better grade? Maybe you can change it next time.” This line of thought is training for optimism.

Sometimes, kids can bug you to death about getting a do-over from suffering the consequences of their actions. In this case, you can say: “I love that you’re so persistent, but right now, the answer is still no.”

Bhandarkar challenged viewers with an action plan. Do you tend to jump in to do things for your kids who are struggling with, say, putting on their shoes? Next time, just observe, cheer and coach, don’t jump in.

Instead of swooping in and saying, “Stop doing that to your sister!” give your child the dignity to stand up for themselves. Empathize: “Oh, you’re upset that your brother is teasing you. Well, tell him to stop.”

When your teen comes home venting about an injustice, don’t tell her what to do. Just listen. “Oh, wow, hmm … I wonder what would happen if you do that.”

Markham maintained that such conversations enables your child to build skills and mastery, while feeling seen and heard. —CONTRIBUTED