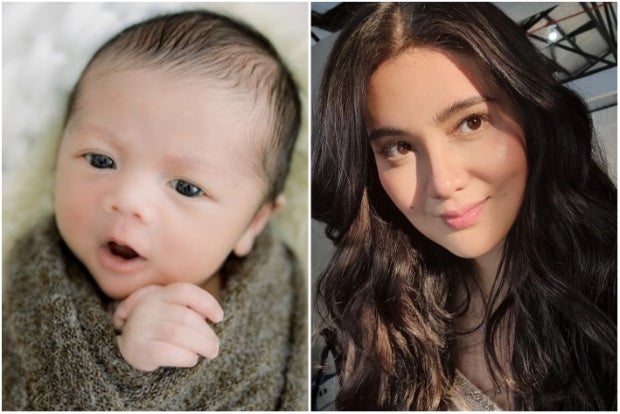 Baby Elio makes Dimples Romana miss her daughter abroad all the more, and here’s why

Actress and businesswoman Dimples Romana misses her daughter Callie dearly as she is in Australia studying aviation.

Romana expressed her feelings about her daughter in her Instagram page today, July 13, where she shared a photo of herself and her newborn baby boy Elio.

“Last time I stared at eyes this light was 18 years ago when I gave birth to ate @callieahmee. I kept wondering why she’d have them and remember asking around and I was told that over time, these eyes would turn hazel, they were right. Ate Callie has the prettiest almond shaped hazel colored eyes, and looks like #ElioJuanManolo takes after that too,” she said.

So, whenever she misses her daughter, all that Romana has to do is to look into Elio’s eyes “and already, my momma heart finds warmth.”

In a related post yesterday, July 12, Romana expressed her feelings of missing her daughter more so now that she is the only one absent in their new family photo.

“But first FAhmeely @papaboyetonline #AlonzoRomeoJose #ElioJuanManolo. Hi Captain @callieahmee I miss you every single day. Rock those clouds and skies for us! Go get them wings and fly us soon!” she addressed her daughter.

“So this is how it feels like to be outnumbered by boys at home. Never thought there’ll come a day I’d be called mom of two boys and yet here we are,” she said.

She’s not complaining, though, as she has “been spoiled by Tata and Kuya Alonzo these past weeks,” especially since she will soon be away from them again to shoot in a few weeks.

“Our conversations about everything and how we would randomly plan dates and stuff. But I also can’t help but be super proud that she’s finally realizing her dreams of becoming a pilot. She rides and goes on flying training this week,” she added about missing her daughter and eldest child.

Romana recalled that at 9 years old, Callie already told them that she wanted to “become a pilot like her Lolo Boy,” something that she and her husband never questioned and even encouraged. She also expressed gratitude for being blessed with provisions to help fulfill her children’s dreams. JB