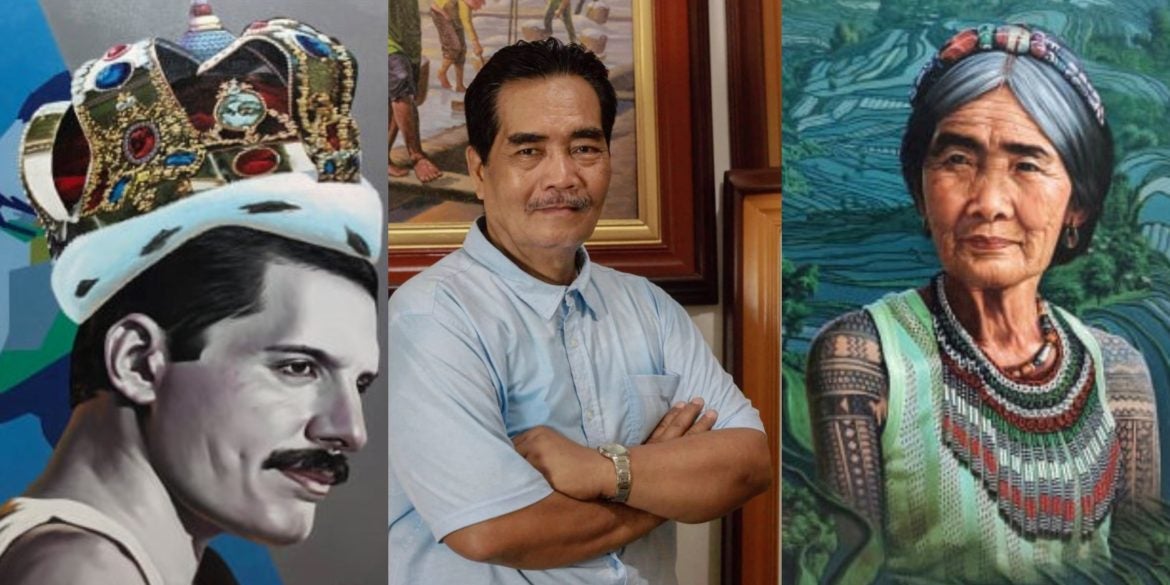 When Robinsons Land launched ARTablado (a portmanteau of “art” and “entablado”) in 2020, the goal was to provide a platform for the best in Filipino art, putting the spotlight on artists from all walks of life. Later that year, it launched its first-ever national painting competition with the theme “Create,” since Robinsons Land ARTablado believes that in every Filipino lies a spark of brilliance just waiting to be illuminated. And even in the middle of a pandemic, Robinsons Land ARTablado decided on pushing through with the competition as a way of helping Filipino artists get through a crisis of such global scale.

The grand prize winner in the Representational category was Ambrocio Mallari, an artist who proves that art is ageless, limitless and undeniably boundless. (“Boundless,” by the way, is the theme for this year’s ARTablado initiative.)

For Mallari’s ARTabalado exhibition which is on view from July 16 – 31, the artist attempts to recreate the past by “not caricaturing the moment, but instead rendering its former glory.”

He amplifies, “I want to celebrate the human, the marks that people make upon the world. Treasure the local, the ordinary, the eccentric, the simple life that I experienced growing up in the province. I want to capture the rich culture of our nation with its story and history as well as the icons that marked the glory.”

Mallari goes for a throwback to those glorious days of hand-painted movie posters and billboards in the late Seventies that remind him of bittersweet memories—the hardships in life cushioned by a daily dalliance with paint, canvas and inspiration.

Thus, “Nostalgia: Ode to Art Journey” is an artist’s grand statement about “remembering the past, celebrating the present, and looking forward to a better future.”

Even at the age of 65, Ambrocio Mallari feels that his journey as an artist is about to get more interesting.

Here’s how you can prepare for your kids going back to school, just like hands-on mom Mariel Padilla

What’s in this new Fujidenzo ref that would make you want to upgrade?