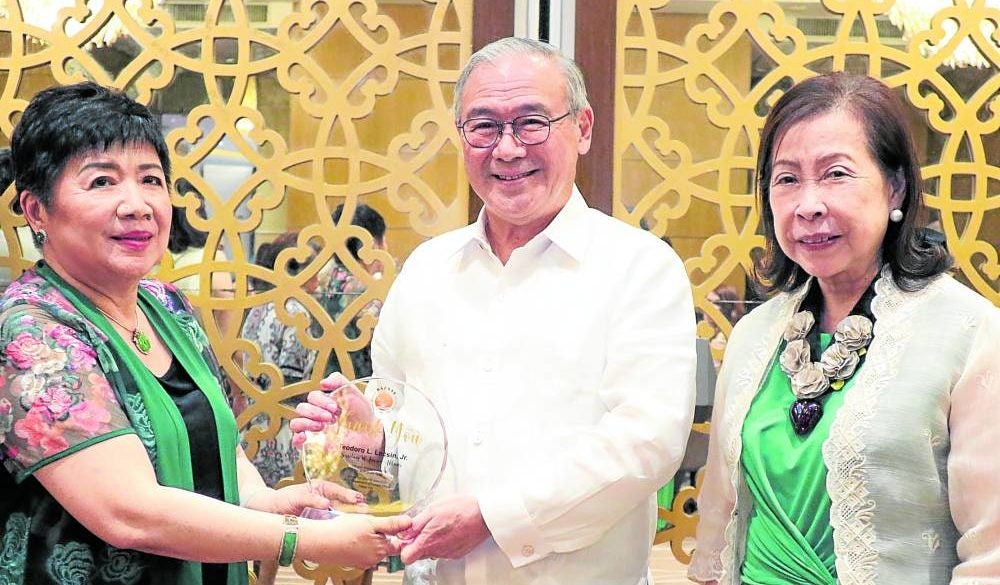 A farewell luncheon was held in honor of outgoing Foreign Secretary Teodoro Locsin Jr. and his wife, Maria Lourdes Locsin, outgoing chairperson of the International Bazaar Foundation Inc. (IBF), the Asean Ladies’ Foundation and the Spouses of the Heads of Mission. The luncheon was hosted by the president of the IBF and the consul of Tanzania Betty Ang.

The other purpose of the luncheon was to give Ms. Locsin a proper farewell, and congratulate her for her efforts that have bore fruit in her time at the IBF, in pursuit of the organization’s collective mission to uplift the lives of those in need through the many support and charity programs spearheaded by the organization.

During the event, plaques of appreciation and gifts were presented to the Locsins for their endless support for the Foundation’s mission.