How (not) to make a country | Inquirer Lifestyle ❮ ❯ 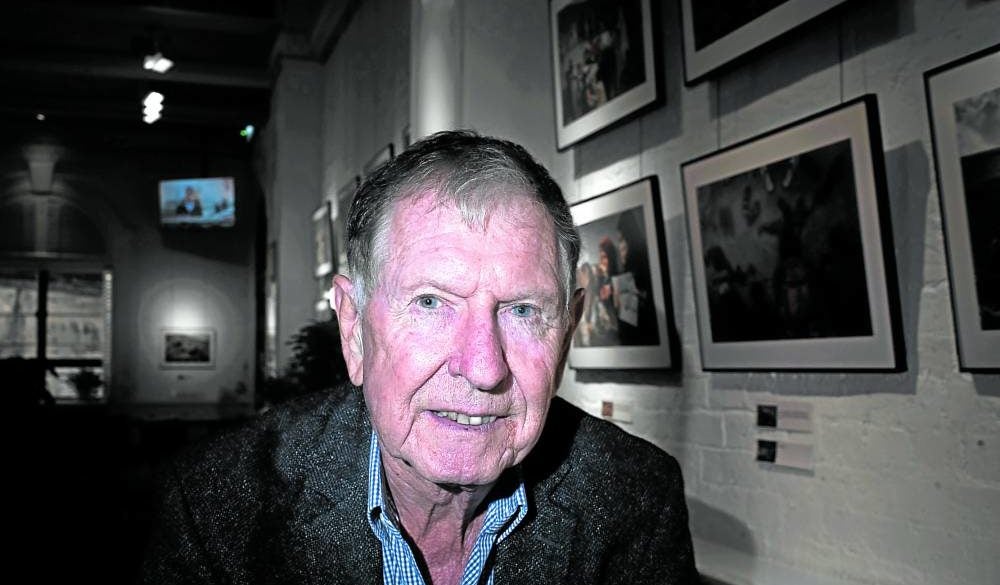 How (not) to make a country

When Philip Bowring first arrived in the Philippines in 1973, it was already one year into President Ferdinand Marcos Sr.’s martial law. “Clearly, there was a sense then that the country might take off under strong leadership and some competent ministers,” said the British journalist, who had come in his capacity as business editor of the Far Eastern Economic Review to write about the Philippine economy. He has been back to the country many times through the decades. “Looking back, one sees how little has changed, at least relative to neighbors, other than population size.”

That is the notion one gets from reading Bowring’s third and newest book, “The Making of the Modern Philippines: Pieces of a Jigsaw State” (Bloomsbury Academic, London, 2022, 256 pages), in which he takes on the formidable task of figuring out how the Philippines came to be what it is today, for good and ill.

Bowring, 79, is certainly equipped for it. Holder of a master’s degree in history from the University of Cambridge, he worked as a journalist all over the world, notably for the Financial Times, the International Herald Tribune and the news site asiasentinel.com of which he was a founder in 2008. He is the husband of Hong Kong pro-democracy politician Claudia Mo, who has been detained since 2021.

Based in Hong Kong, Bowring’s first book was 2014’s “Free Trade’s First Missionary—Sir John Bowring in Europe and Asia,” a biography of a distant relative who, incidentally, wrote 1859’s “A Visit to the Philippine Islands.” His second book is 2019’s “Empire of the Winds: The Global Role of Asia’s Great Archipelago.”

“The Making” is breathtaking in its scope. Its first half alone covers the history of the Philippines from the pre-Hispanic period all the way to the Duterte administration’s last days. Indeed, the book went to press mere months before the 2022 elections (Bowring correctly identifies President Ferdinand “Bongbong” Marcos Jr. as the front-runner). But the book factors in topography, regional divisions, colonization, religion and, ultimately, politics as the shapers of the Philippines as it is today. Along the way, Bowring discusses our divide from our Malay roots, overseas Filipino workers, poverty, Mindanao and the emergence of a third foreign nation as an influence on our foreign relations; instead of Spain and America, it is China.

“Tiny island nations apart, there is no country in the world as splintered as the Philippines,” he writes. “Democracy flourishes, elections are regular, noisy and competitive yet little progress is made towards changing a system dominated by dynasties as seen in the contests in the 2022.”

The second part of the book discusses, among others, a bracing portion about why the Philippine economy is not only different, but has also fallen badly behind the economies of neighboring countries in Southeast Asia. And this is an area that Bowring knows intimately well. The last part of “The Making” focuses on the future—and he leaves nothing untouched. His suggestions are precise and specific.

Additionally, “The Making” has visuals galore—topographical, climate, regional, continental and maritime maps, among others, all that in just over 250 pages.

Bowring does not sugarcoat any of his observations; some Filipino readers might find his observations overly harsh or pessimistic, but the truth is, he is the perfect chronicler of what Filipinos have done right and wrong, being a foreigner familiar with the country with no skin in the game. It is a much-needed wake-up call from someone with no agenda. “The past is littered with fake history . . . false dawns have been many and false prophets are a constant threat.” This is not one of those cases, as “The Making” is basically a condensed bio of the country from a knowledgeable outsider who believes the Filipinos should be doing better and playing a bigger part on the world stage. It is harsh but fair, and we would do well to learn from it.

“Seventy-five years after independence, the Philippines is searching for a political answer to a relative failure to keep up with the economic and social progress of its once poorer neighbors,” he writes. “Its problem is the very continuity of the social history of 500 years, binding the nation together but impeding its ability to change, but it is also a young country with a median age of 26 and hence has a greater potential than its neighbors for positive change.”

How and why did you wind up writing “The Making of the Modern Philippines”?

The book seemed a natural sequel to my “Empire of the Winds” and I was better qualified to write about it than other countries in the region with which I was familiar. There seemed a need for such a book, though the result would have been different—more local color, etc.—had I been able to visit in the two years between starting it in late 2019 and finally signing it off in January this year. It was entirely written in Hong Kong where I live.

How long did it take you from conception to publication?

Much of the research was accumulated over the previous decades. So putting it together, updating and getting details on some chapters took about 18 months, with another six months dealing with editors and production and illustration issues. 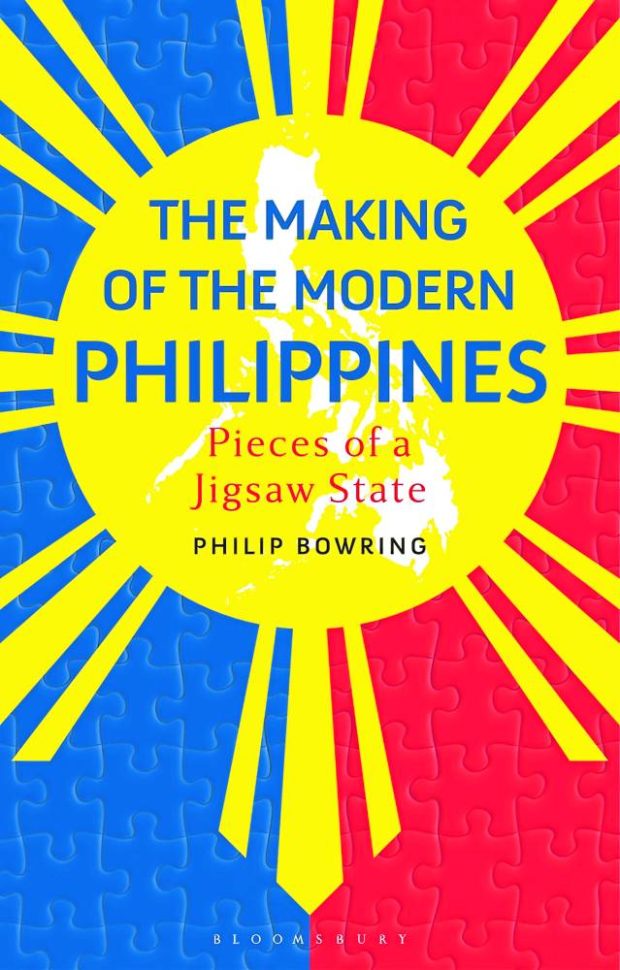 What was the most difficult part of writing the book?

The most difficult bits were the conclusion and chapters on education, religion and the Left.

Overall, how would you describe the experience of writing it?

It’s difficult to say how I felt. Some bits come easily, others not so.

One impressive aspect of the book is the first half, where you managed to condense Philippine history from the pre-Hispanic times to the present, something Filipino students spend years in the classroom studying, in a few, accessible chapters. How did you do it?

I suppose I have some practice in trying to find main themes in history and putting them together in relatively brief form. Both my previous books were similar, trying both to condense but also explain the context of events.

One other interesting aspect in the book is how you really delve into the topographical and regional elements (again part of the “jigsaw”) that divide Filipinos so much. How did you wind up zeroing on that characteristic of Filipino society?

The continuity of issues over the decades is clear enough after 45 years of observation, albeit by a nonresident foreigner.

What jumped out at me was your focus on how the economy of the Philippines differed from its Southeast Asian neighbors and how it was lagging behind.

The relative underperformance of the Philippines relative to most of Southeast Asia has long been obvious to one whose job involved writing about the region as a whole as well as individual countries.

You wrote that you submitted your book for printing four months before the 2022 national elections, and you correctly identified (now) President Ferdinand Marcos Jr. as the front-runner. How do see your book’s place now, a few months after the elections?

Bongbong is cautious and unimaginative, so first indications are that (his presidency) will be competent but conservative. But it is the very early days.

History is currently a very controversial topic in the Philippines, as historians are being attacked online. Why do you think history and historians here are under attack?

It seems clear that all the rubbish said about someone as honest and competent as Ambeth Ocampo is not the product of ignorant social media addicts, but starts life from those who want to undermine specific bits of history (e.g. the Marcos era) by subverting the concept of history itself, an approximate record of the past. But the victim then becomes not just history as a subject but indeed any subject (e.g. medicine), based on proven facts. Hence the nonsensical “cures” for COVID and fairy tales about vaccine dangers. This is now a global problem, but the Philippines seems to have a particularly bad case, perhaps due to the combination of the high penetration of mass social media and the low standard of mass education.

You still say there is hope for the Philippines, but that it would take a breaking away from the continuity, a “revolution” for this young country. What do you mean by that?

As for the future, that the country needs some bigger changes is clear. How they might come about is very unclear. But as a journalist and amateur historian I know how many surprises, good and bad, may lie in wait. As a foreigner with many good memories of and friends in the Philippines, I must retain some optimism for the future.

Who do you consider to be the audience of “The Making of the Modern Philippines”?

I did not have any particular audience in mind, but obviously mostly non-Filipino. As for the local audience, I just hope that it is seen as fair and tolerably accurate.

Finally, what do you want readers to take with them after reading “The Making of the Modern Philippines”?

Different readers will take different things, depending on their interests and prejudices. If there was one aspect which I would like to see more discussed is the need for greater awareness of its maritime Asian past and the key importance of links to those fellow Malay neighbors. INQ