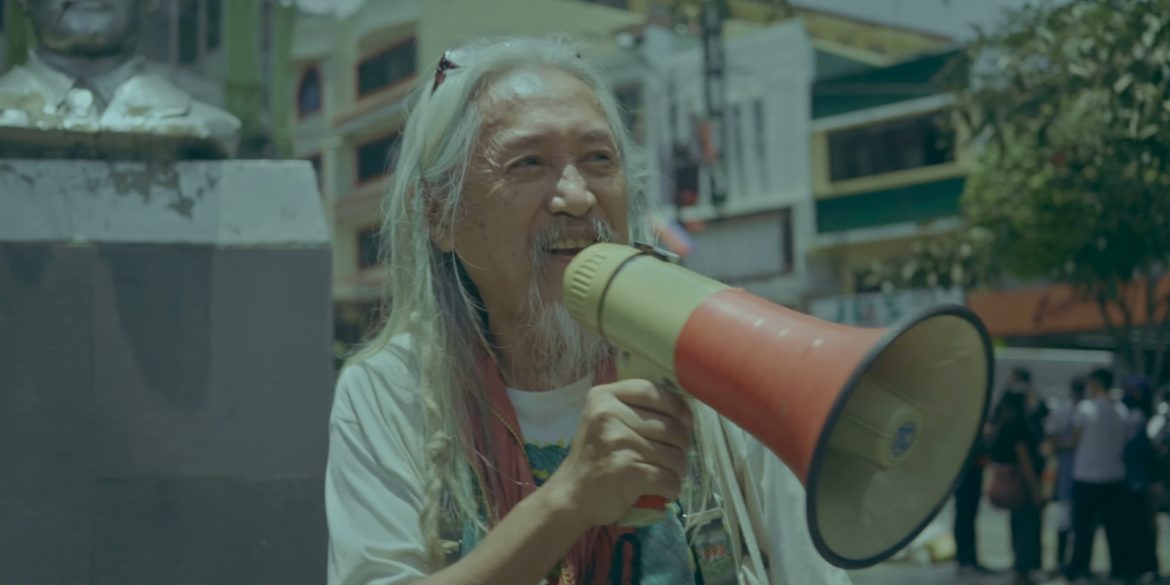 Members Dilaw Obero and Vie Dela Rosa joined forces creatively in 2019 and, following their debut under Warner Music Philippines, have since created a repertoire of works that have touched modern protest music, indie, folk-rap, and rock. The song is a rousing folk-tale-meets-blues-rock-opera about the daily musings of regular folk as they go through a day’s work, honoring their contributions to society and celebrating the good we found in the people in our communities. The music video is a tribute to the Baguio City Market, a fixture of the “real” Baguio Dilaw wanted to showcase in their visuals for “Kaloy”. The visuals reap the fruits of a dynamite collaboration between the pair and director Dean Colin Marcial, whose shared signatures of telling real Filipino stories color the depictions of Session Road with life. In light of the mallification plans for the public market, the production staff’s intent to immortalize the community’s essence is palpable, and the final outcome is stellar, with many thanks owed to the residents that cameoed, including one Mr. Kidlat Tahimik.

The only living National Artist for Film and deemed “Father of Philippine Independent Cinema”, Kidlat Tahimik has worn the title of a living legend for decades. How rarely he makes appearances in public adds to the mythic persona people hold the filmmaker to, though as one whose art is built on top of his own life, he is rightfully critical in selecting who and where he lends his image. It is no wonder then that his appearance in Dilaw’s “Kaloy” was met with roaring cheers when the music video was first screened in Social House, Circuit, last Friday.

This is not to discredit Tahimik’s hold on people sans his elusiveness, as the filmmaker’s cameo alone was definitely a sight to behold. With his white shaman tresses running down his shoulders, Igorot loincloth fastened around his waist, and a canvas tote slung over his shoulder reading “SAVE THE BAGUIO MARKET”, he walks People’s Park in the final scene of the music video, shouting “Mabuhay ang Kaloy!” into a megaphone as the final measures of the song’s outro play.

When asked what made him agree to appear in Dilaw’s music video, Kidlat Jr. spoke of the originality and truth found in the song and its lyrics. “This matters to me because we can no longer be copycats of Western music and I believe Dilaw is speaking, singing, performing from their dwende.” Tahimik said. With his journey from Wharton school, to tearing his economics degree to free himself, and retiring in the Cordilleras, Tahimik’s life embodies the constant process of shedding western colonial influence and tapping into our heritage and original voice as Filipinos.

Considering how deeply American colonialism is carved into the summer capital’s foundations, it is interesting to see Baguio be a continuous source of the brightest displays of local originality (see Dilaw and Tahimik). Within the city is a united community that runs parallel to its colonial roots, who are secure in their identity as children of Baguio. This is most ripe in communities built by their very own, which makes Baguio City Market the fixture of local culture it is today, and why SM’s plans of industrialization for the Market have threatened many residents.

Tahimik has previously sided with protest efforts against Baguio City Market’s rehabilitation when he showed up to support a local art exhibit held in People’s Park back in March of 2021.

SAVE OUR MARKET! An exhibit opened today at the People’s Park curated and prepared by Baguio’s local artists to express support for the preservation of Baguio’s public market.

The exhibit was put up by resident artists of Baguio to denounce the City government’s plans to “rehabilitate” the public market with SM Prime Holdings, Inc. When prompted on what is at stake for the community with the city government’s plans for mallification underway, the Baguio native had this to say:

“The Kaloys of the Public Market, they truly matter. They must be heard and not disregarded. They make the Public Market. We have to make sure that they are not displaced and kicked out by these corporate giants. And I think the city government will not allow our own Kaloys to be displaced.”

Keeping indigenous heritage alive in the youth of a city built by Western colonists is one of several reasons the National Artist earned his title. Pre-pandemic, Tahimik would hold gatherings in a theater-nook in his ili-Likha Artist’s Village. Here, the filmmaker would host talent nights, screenings, and open mics that would stoke the embers of inner artistic inspiration in all who attended, what the filmmaker might call their “dwendes”. The statement his appearance in “Kaloy” makes comes across as another one of the filmmaker’s means to preserve Baguio’s heritage for incoming generations of youth.

“Change is constant and we have to make improvements here and there, without sacrificing our roots and our history,” Tahimik says when asked about other issues that need to be considered and addressed to protect local culture. He dedicates himself to the influence of young artists that way, in encouraging the unabashed expression of the immovable Filipino spirit that resides in all “Kaloys”.