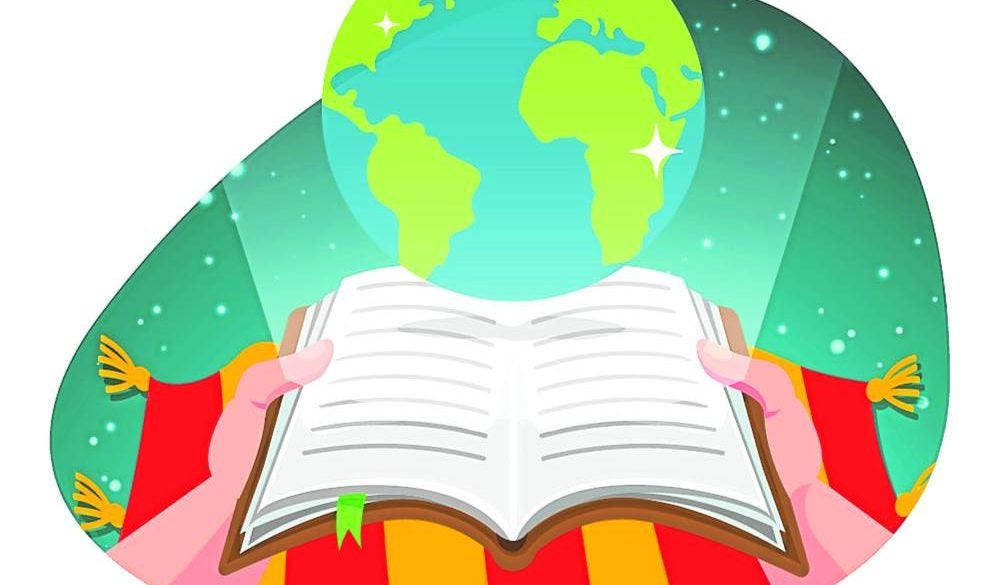 A lifelong love and insatiable appetite for reading

“A room without a book is like a body without a soul.” —Cicero

This insight from a famous figure of antiquity is all the more striking because it was made way before mass printing was invented, when every copy of a literary work was painstakingly reproduced as a manuscript.

After the textbooks and simple children’s stories we were made to read in grade school, my first exposure to serious reading was like a massive door which, after I was able to push it open with great effort, led me to a magical new world I could visit and revisit with the greatest ease thereafter. That experience also awakened in me a lifelong love and almost insatiable appetite for reading.

I was 11 years old and in first year high school when our English teacher gave us our first book report assignment. He gave us a recommended list of books for preteeners, which included the “Hardy Boys,” “X Bar X Boys” and “Dave Dawson” adventure series, but he also said we were free to choose any other book in the school library that we liked.

Since none of the suggested books strongly appealed to me, I sauntered over to the library to browse. There I came across some “medieval age” books about kings and knights, whose exploits were a staple for kids my age because of our exposure to “Illustrated Classics,” and Tagalog comic books which featured fantasy-adventure heroes like “Prinsipe Amante.”

One book that immediately caught my eye was titled “Ivanhoe,” a novel about an English knight in the time of the crusades. Also in the book was the peerless archer Robin Hood, who had become my childhood hero when I watched the award-winning movie, “The Adventures of Robin Hood,” starring the swashbuckling actor Errol Flynn.

I immediately chose “Ivanhoe” for my book report, not realizing the enormous difficulty of struggling through a daunting volume of 1,200-plus pages, with about half of every page consisting of lengthy footnotes explaining the meaning of the medieval Saxon and Norman terms used by the author, Sir Walter Scott (1771-1832), perhaps to enhance the authenticity of his work. The story itself dealt lengthily with the ongoing conflict between the displaced old Saxon and the intrusive new Norman cultures of that era.

When I submitted the title of the book as my prospective book report, my English teacher looked at me quizzically and asked me if I really wanted it for my report. Not knowing any better, I said yes. The next few weeks were probably the hardest ones in all of my reading life. While my classmates were gliding through a hundred-plus pages of adventure stories for teens, I was plodding through more than a thousand pages of “medieval” text made comprehensible only by the voluminous footnotes at the bottom of every page.

Against all odds, I made the deadline for my book report. It was a liberating achievement, which, instead of making me averse to reading, instilled in me a lifelong attraction and affinity to the written word. Today, I am open to all kinds of reads, even the most difficult. And needless to say, after the acid test of “Ivanhoe,” every succeeding book assignment in school was a breeze.

Today, my modest home library is as eclectic as can be, reflecting the many interests and activities that have cropped up in different stages of my life.

I have a section on various sports which have preoccupied me from my younger days until lately—running, tennis, martial arts, physical fitness, guns and shooting, and later, golf and motorcycling.

During my professional career, I collected books on business, management, entrepreneurship, marketing and advertising. My lifelong interests are reflected in the section on literature, poetry and effective writing. There are also shelves for volumes on history, social issues, inspirational books, Philippine affairs and literature.

But a special section of my small library reflects my lifelong search for truth in all its aspects—philosophical, moral, spiritual, pragmatic and practical. The wide-ranging subjects include natural theology, cosmology, ethics, the works of philosophers and sages throughout history, the teachings of different spiritual traditions and religions.

But there is a lot of classical literature and modern fiction, too—from the plays of Shakespeare, the novels of Charles Dickens, the science fiction of H.G. Wells and Arthur Clarke, to the bestsellers of Dan Brown and Steve Berry. And not to forget all the books and short stories about my all-time favorite—the incomparable fictional detective Sherlock Holmes of Sir Arthur Conan Doyle.

Just before he passed away last year, a dear family friend, Fr. Alfredo Balinong, S.J. (Father Freddie to us), gifted me with his personal book collection. Believe it or not, the books are all war stories, mostly about World War II in particular, and I had to get a separate book cabinet to accommodate them.

I’m sure Father Freddie had other books on more peaceful and spiritual topics, and I suspect his particular interest in World War II was precipitated by the fact that his only brother was a soldier who fought in the war and perished during the Bataan Death March.

That said, I truly appreciate Father Freddie’s generous gesture, and I will surely get to read some of the books he has bequeathed to me. I think he chose me to inherit his collection because he knew that my love for books would ensure that it would be properly cared for. Thank you, Father Freddie.

It would probably be hard to find a true book lover who reads one book exclusively at a time.

I myself read several books at any given period, flitting from one to another to suit my mood of the moment. And like old friends one misses, some books are worth revisiting again and again.

Here are a few fairly recent books I am presently reading or revisiting, some of which might interest readers who go for more unusual or esoteric topics: “The Self-Aware Universe” (Amit Goswami); “The Physics of God” (Joseph Selbie); “Quantum Theology” (Diarmuid O’ Murchu); “The Cosmic Game” (Stanislav Grof).

Books on modern topics I’m greatly enjoying are “The Future is Faster than You Think” (Peter Diamandis and Steven Kotler); “Homo Deus” (Yuval Noah Harari); and “War and Anti-War” (Alvin and Heidi Toffler), a book written in the 1990s with striking relevance in today’s chaotic world.

Books are literary magic carpets that transport a person to exciting new worlds without leaving the comfort of his/her home. People who cultivate a love for reading at an early age will have a lifetime blessing to enjoy and a trait they can pass on to their children.

Widely known to be an avid lifelong reader himself, Napoleon Bonaparte famously observed, “Show me a family of readers, and I will show you the people who move the world.” —CONTRIBUTED