Why breastfeeding is even more crucial in COVID times | Inquirer Lifestyle ❮ ❯ 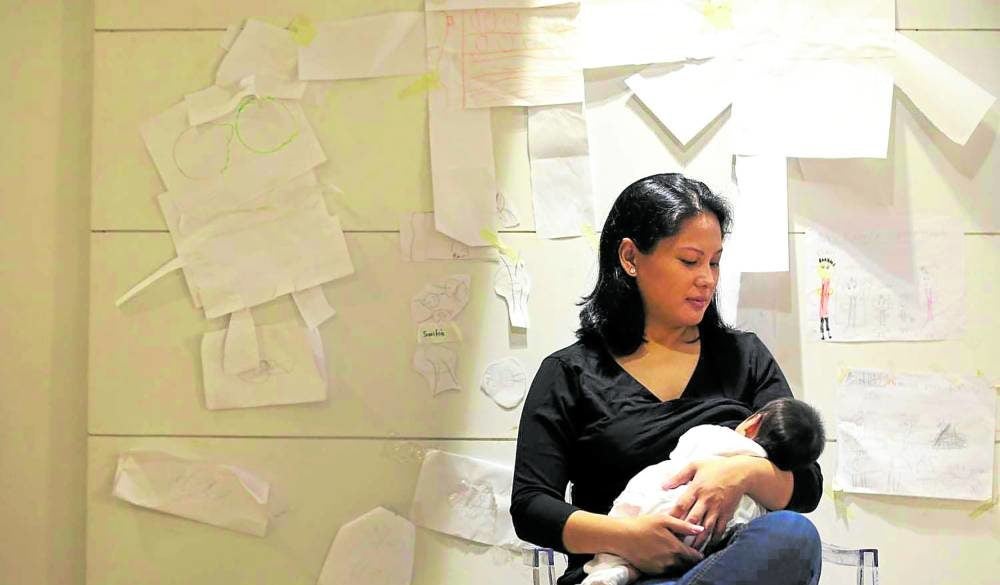 Breast milk is considered a natural wonder, reducing health risks for infants and babies, while formula feeding may lead to various short- and long-term complications for babies. —LYN RILLON

Why breastfeeding is even more crucial in COVID times

Sometime last year, the businesswoman daughter of one of our patients was confronted with a dilemma. She had to report back to work to attend to their struggling business. So, she decided to stop breastfeeding and shifted her baby to bottle feeding. To protect her baby from infection, she opted to have herself vaccinated.

It was already months later when our patient asked us if his daughter had done the right thing. Apparently, the baby has been sickly and was hospitalized at the time for pneumonia. We told our patient it was useless crying over spilled milk, but we said we were quite certain the baby would have developed a stronger immune system with breastfeeding.

Even if it was necessary that she be physically present at work, she could have just saved her breast milk for later use. Breast milk does not spoil easily if properly saved. At room temperature, it can be kept safely for up to four hours. What is commonly advised for working, lactating moms is to save their breast milk in insulated coolers with ice packs, and it should remain nutritious for 24 hours. When placed in the refrigerator, which most offices have, it can stay fresh for up to four days, and when frozen, the level of nutrients including natural antibodies remain good for up to six months.

Many new mothers, especially working moms, have to struggle with the decision whether to breastfeed or use formula feeding for their babies.

There is no argument that mother’s milk is the better of the two options. Breast milk is even considered a natural wonder, reducing health risks for infants and babies, while formula feeding may lead to various short- and long-term complications for babies.

The World Health Organization (WHO) has a continuing campaign to promote breastfeeding. It describes it as “the cornerstone of infant and young child survival, nutrition and development and maternal health.” Exclusive breastfeeding (EBF) is recommended for the first six months of life, and preferably still continued with complementary food for up to two years, or even longer as much as possible.

Studies have shown that the benefits are not only coming from the nutritious breast milk, but also from the skin-to-skin contact between mother and baby. This is the reason rooming-in care and breastfeeding of the baby is done soon after delivery.

Premature and low birth weight babies are given the so-called kangaroo mother care, wherein mothers are encouraged to carry their babies more and provide more skin-to-skin contact. This has been shown to significantly improve survival of the newborn and reduce susceptibility to illness and particularly infections.

The pediatricians are the experts on babies’ health, and I have yet to hear a pediatrician who does not highly recommend breast milk as the best nutrition for infants. It trumps formula feeding in all parameters related to the benefit of the baby, hands down. Formula milk manufacturers who argue otherwise are just in it for the business they need to protect.

It’s a big must that the infant gets the first milk that comes out of the mother’s breast, which is called colostrum, since this is filled with immune system-boosting antibodies and other nutrients. Colostrum is actually a form of milk produced by the mammary glands of all mammals (including humans) in late pregnancy. It contains antibodies to protect the newborn against various diseases, and you bet, including COVID-19.

Newborns generally have very immature digestive systems, and colostrum delivers its nutrients in a very concentrated low-volume form. Because of its mild laxative effect, it helps pass the baby’s first stool, called meconium.

As recommended by the WHO and most experts, babies should be breastfed exclusively for the first six months. When the baby is tried on some foods after six months, mothers are still encouraged to continue to breastfeed until the baby is at least a year old, and as long as both mother and child are willing.

According to infographics from the Lactation Center at The Medical City, EBF for the first six months will reduce by about 70 percent the incidence of upper respiratory tract infections in babies. Expert consensus tells us that optimal care for the first 1,000 days of a baby’s life can pretty much determine one’s health condition till adulthood.

The Agency for Healthcare Research and Quality of the United States Department of Health and Human Services reported that EBF for three to six months cuts by half ear infections among infants. The report added that EBF can also significantly reduce the incidence of asthma and atopic dermatitis, so if there’s a history of these illnesses in either or both parents, the mother is strongly advised to breastfeed.

If diabetes runs in the family, it’d be best to do EBF. Exposure to cow’s milk protein was attributed to be a risk factor for both Type 1 and Type 2 diabetes mellitus (insulin-requiring). Avoiding the use of cow’s milk at an early age reduces the risk of acquiring Type 1 diabetes by up to 30 percent, while risk for Type 2 diabetes (noninsulin-requiring) may be reduced by up to 40 percent.

There are five known benefits of breastfeeding for the babies. It provides natural antibodies to combat infections. It’s easier to digest for the baby than formula milk; hence, it causes less gassiness or intestinal colic in the babies. It may help reduce the risk of sudden infant death syndrome in the first year of the baby’s life. It may also help develop the child’s intelligence, based on studies showing higher levels of cognitive function in breastfed babies. And breast milk may even help reduce the baby’s risk of subsequently being overweight or obese, of developing asthma, Type 1 and Type 2 diabetes, or of having high cholesterol, Hodgkin’s disease, leukemia and lymphoma.

Mothers can also benefit from breastfeeding their babies. Breastfeeding moms have been shown to have a reduced risk of breast cancer, diabetes, heart disease, osteoporosis and ovarian cancer, not to mention the amazing bonding experience she can have with her baby every time she nurses him or her.

To promote increase in breast milk, breastfeeding moms should take care of themselves, by eating a healthy diet, drinking plenty of fluids and having adequate rest.

So, unless absolutely not possible or advisable, breastfeeding is a must, particularly in this time and age of COVID-19. As the experts say, “Breast milk is best for our babies; cow’s milk is best for baby cows.”