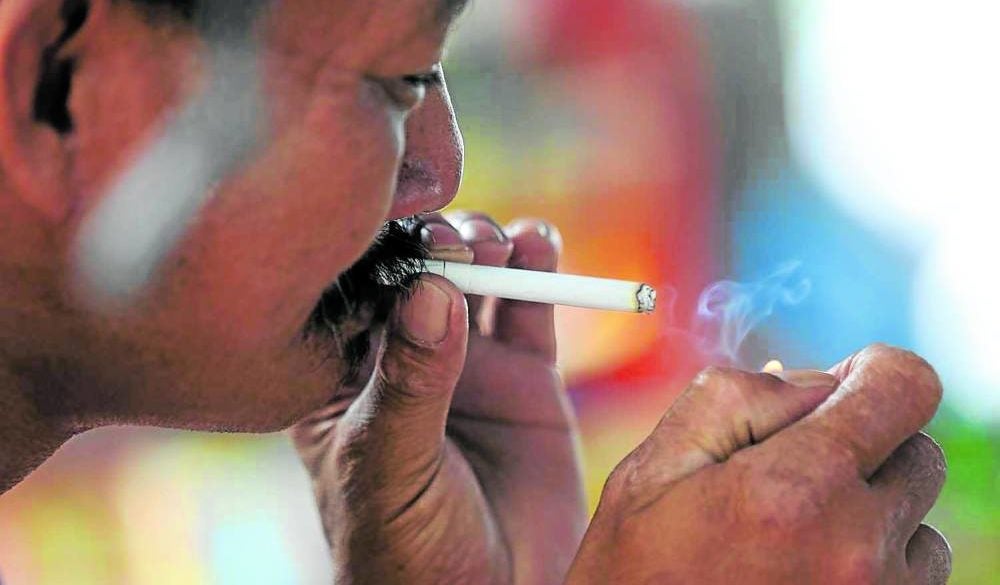 Stopping smoking, combined with exercise and a healthy diet, beats everything for preventing heart attacks, says an expert. —JOAN BONDOC

A few weeks ago, a 52-year-old highly stressed businessman patient frantically called us up on a weekend. After an exchange of pleasantries, he said, “Doc, two of my close friends my age died of a heart attack recently. They were pronounced dead on arrival in the hospital. They didn’t even know what hit them! Am I at similar risk?”

Our patient may have good reason for the concern. He had a near-fatal massive heart attack five years ago, but by God’s grace and with early aggressive intervention, which included angioplasty (opening up his clogged heart artery with a catheter and leaving a stent to keep it open) done at the Manila Doctors Hospital, he survived and has remained stable since.

We told him that he will forever remain a high-risk cardiac patient at risk of another heart attack and other complications like heart failure and arrhythmia (irregular heart rhythm), but we assured him that he’s currently on the best established treatments that science could offer. Provided that he keeps his “sanitized” lifestyle as healthy as possible and we could keep his blood pressure, heart rate, blood sugar, cholesterol, and other metabolic and inflammatory blood parameters under control, his risk of getting a second heart attack and cardiac arrest is significantly reduced.

We reminded him though that he has to manage his stress level. We noted that he was back to his old workaholic routine, and that can again impose a heavy toll on his heart and cardiovascular system. Excessive and uncontrolled stress is even worse than any of the risk factors we’re controlling with medicines.

His stress at work makes him crave his old addiction—smoking cigarettes. We emphasized that even a few sticks a day could do so much harm already.

Since he was cheating with occasional sticks he could ask from his employees, we allowed him the use of heated tobacco, an alternative tobacco product, which has been shown to have much less harmful substances compared to burnt cigarette sticks. He only resorts to it when he has intense craving, and he pledged to eventually give up smoking completely. We keep on reminding him that alternative tobacco products are not completely safe, but they’re much less harmful compared to cigarette smoking.

In our country, as well as in many countries worldwide, the incidence of heart attacks and sudden cardiac arrests has alarmingly increased in the past year or two. This can rightfully be called a cardiovascular pandemic alongside the COVID-19 pandemic. We wrote in previous columns the need to investigate the cause and make sure that it’s not iatrogenic (due to treatment being given). Some published reports based on expert opinion hypothesize that it’s vaccine-related, but unless we investigate it thoroughly on our own, we’ll never know the answer.

So, for now, the best strategy to prevent more people from having heart attacks and cardiac arrests is to identify those at high risk and control all possible risk factors that may trigger blood clots and clogging of the heart arteries.

Almost a third of patients who have a heart attack or myocardial infarction don’t reach the hospital alive, like the ones cited by our patient. They can die on the spot or on the way to the hospital, and are pronounced DOA (dead on arrival) when they reach the hospital emergency room.

Cardiovascular disease (CVD), which may lead to heart attacks, is the world’s No. 1 killer, according to professor Massimo F. Piepoli, the lead author of a consensus paper published in the European Journal of Preventive Cardiology.

“The biggest consequence of CVD is myocardial infarction (heart attack),” stated Piepoli. He warns that a heart attack victim has a 20-percent risk of having another serious “cardiovascular event in the first year.” This level of risk remains even if one is receiving optimal treatment and care. For those who are not optimally treated, or are not compliant with their treatment, the risk is even higher.

The consensus document authored by Piepoli and his colleagues in the European Society of Cardiology (ESC) details the preventive measures patients and their doctors and other health-care professionals can take to prevent repeat heart attacks.

If a heart patient thinks that taking a palmful of medicines or having a stent inserted in his or her heart arteries are assurances against a second heart attack, he or she is in for disappointment. A heart-healthy lifestyle is still the most effective way to avoid another heart attack, according to ESC prevention spokesperson and professor Joep Perk. This, supported with good medical treatment and regular followup, markedly reduces the risk.

A usual drug regimen for heart attack victims would consist of blood thinners like aspirin and statins—drugs for cholesterol, which should be taken even if cholesterol levels are normal due to their other noncholesterol-related effects; heart-protective drugs like an angiotensin converting enzyme inhibitor; and a beta-blocker.

We also recommend purified fish oil (Cardiomax, Omegabloc, Omacor)—pharmaceutical-grade omega-3 polyunsaturated fatty acids, particularly in those who already had a previous heart attack. This has been shown by a landmark Italian study (GISSI-Prevenzione) to prevent sudden death in these patients by as much as 50 percent in four months.

Drugs for heart patients used to be expensive, but with a lot of generic brands in the market, they are now well within the reach of the ordinary patient. Local government health clinics are also giving some of them for free.

Hopefully, our local drug manufacturers can duplicate what India has done by manufacturing a “polypill,” a single capsule or tablet containing all these essential drugs in patients at risk for a heart attack. The polypill is usually cheaper than the total cost of the individual components, and patient compliance is also enhanced since they only have to take one pill instead of several.

Of course, the effectiveness of these heart pills may be nullified if one continues to smoke.

“Stopping smoking beats everything for preventing heart attacks,” stressed Perk. “Combine that with exercise and a healthy diet and we could avoid 80 percent of all myocardial infarctions.” That translates to four out of five being spared from a repeat heart attack.

According to a previous survey done in Europe, despite all counseling after a heart attack, a big percentage of patients still smoke, 38 percent remain obese and 60 percent are sedentary with little or no physical activity.

We’re not aware of any similar survey among Filipinos, but we suspect it’s worse here. The attending physicians must make more intensive and consistent efforts to motivate their patients to make some lifestyle changes to minimize their risk for another heart attack.

“Having a heart attack is an upsetting experience but it does not seem to motivate patients to adopt a healthy lifestyle to avoid having another one,” Piepoli lamented. “We also know that more than half of heart attack patients stop taking their preventive medications.”

Piepoli summed it up well: “We have scientifically proven ways to prevent second heart attacks. But we need to empower patients to better understand their risk factors after myocardial infarction and take a central role in their recovery. Cardiologists, nurses and allied professionals all have a role to play in prevention, starting in the acute phase through to follow-up care after hospital discharge.”

In a way, preventing a repeat heart attack and possible cardiac arrest is a personal decision and commitment one makes.

The doctor can only prescribe, educate, support and motivate, but making that life-changing decision to change one’s lifestyle and be fully adherent or compliant to one’s doctor’s prescriptions and instructions rests on the patient.