From a different mold | Inquirer Lifestyle 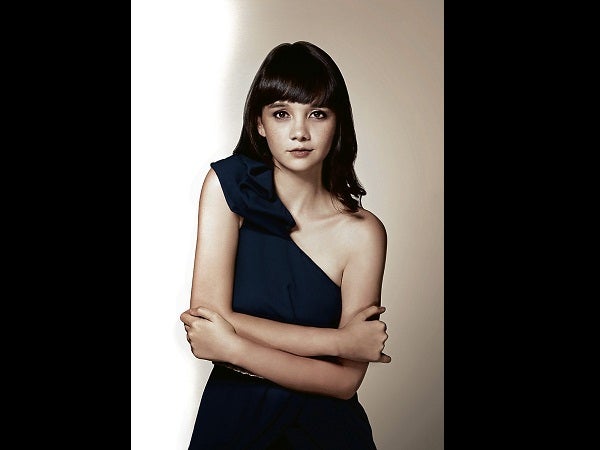 From a different mold

Asha Cuthbert, one of the contestants in “SupermodelMe” Season 3, seems to be an interesting individual. She’s already 20 years old—something that’s hard to believe, considering her baby face. She is also half-Filipino (her mom is Pinay), which is not really obvious. We got to talk with the model hopeful, who proved that not all models are made from the same mold.

How did you end up being part of “SupermodelMe” Season 3?

I heard about the third season. My agency told me about it. I applied, I went to the casting and luckily they picked me.

The casting was through Skype, so it was a bit awkward because I’ve never done anything like that before. I was talking with the executive, she was asking me all these questions, and I had all my makeup on; I was wearing something more presentable.

How long have you been modeling?

I’ve been a model for nearly two years. Normally I do print because I’m not the tallest girl. I used to hate modeling but then once I got into it, it kind of grew on me. And I found there’s no other way I could make such money in such a limited time, especially since I’m trying to save up. I feel very blessed to be in this industry.

What’s the best part about modeling?

I get to be someone who I normally am not. I hate makeup, I don’t dress up when I go out, so when it comes to modeling and they put me in heels and put heavy makeup on me, I feel girly—so that’s the part I like. I don’t have to force it. I can be somebody else.

What’s the best thing about being a part of the show?

Doing things I haven’t had the chance to do. The whole experience. Even during elimination day, just knowing how to accept criticism.

What can you say about the host, Lisa S?

Lisa’s amazing. She’s like the mother, the sister, the best friend. She never makes us feel like we’re alone. She’s an amazing idol.

What makes you different from the other contestants?

All the girls are different. I don’t know … I have two cultures. I think I’m more grounded. I don’t like people changing me. And throughout the show, most of the girls, they didn’t mind being more girly or doing some other style. When I have an opinion, I stick to it, and I believe in whatever I stand for.

In what ways are you Pinoy?

Apart from my eating ways? I’m not sure how Filipino I am. I’m very proud of my heritage. The heritage I have keeps me grounded.

Adobo. That’s such a typical answer but it definitely is. Sometimes my mom has balut and that is the only thing that I find disgusting. I can’t have it.

Who is your idol?

Every kid who has a Filipino mother would look up to their mother. They’ve been maids, they’ve tried every other business, they’ve been criticized. I definitely look up to my mom and even during the competition, when they ask me, “What’s your goal? Why do you want this money? Why do you want to win?”, I always say I want this money to build my mom her dream house in the Philippines.

Is modeling that one thing you want to do for the rest of your life?

I love modeling, but it’s always in my backup plan, and I don’t want it to be my only plan. I still want that piece of paper. My mom wants me to get that piece of paper to prove that I’m more than just a pretty face. I will be studying media, so the connections and the modeling experience definitely matter.

What kind of job do you want to have?

I don’t really mind. Anything behind the scenes because I love editing. I wouldn’t mind being a cameraman either. Everything: A director, scriptwriter, performer, journalist.

Why should people watch “SupermodelMe” Season 3?

There’s so much drama. There’s a lot of me crying. The best part of the show is the elimination days—they are the most intense. It’s what the judges say, what the girls say back to the judges.