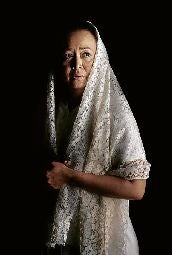 UP PLAYWRIGHT’S Theater will stage Floy Quintos’ “Fake,” a play that asks: When a lie seems better than the truth, what would you rather believe?

“Fake” tells the tale of Miguel, who “discovers that many of the things he believed in when he was young were all lies, and his life becomes an insatiable search for answers.” 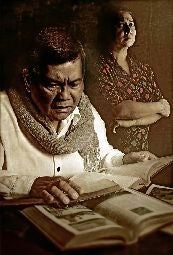 His search leads him to José Marco, the infamous “discoverer” of the Code of Kalantiaw and “La Loba Negra,” two documents that became part of Philippine history until they were exposed as hoaxes.

Quintos personally knew the historian who exposed Marco as a forger.

“I had the great pleasure of meeting with William Henry Scott several times before he died in 1993,” he says. “When I mentioned that I was thinking of writing a play about Marco, Scotty joked and said, ‘You should make us meet!’”

The fictitious encounter between fraud and debunker has, indeed, been created for Quintos’ new play. He also tackles other debunked myths such as the fictitious “lost Stone Age tribe in Mindanao,” the Tasaday.

He has also created a composite religious visionary character for Miguel to encounter.

Tony Mabesa will direct “Fake.” He says one of the reasons Quintos’ works are often featured by the group is that he is “very prolific! When we need a production to mount, he has a play to offer us.

“I wish we could do one production per semester instead of just once a year, but we have a very limited budget. Our actors and crew get a very, very modest honorarium each, if any. Our market is limited by the school year. Also, our choice of material has never been ‘commercial.’

“However, for ‘Fake,’ Floy’s choice of subject matter is very adventurous. It’s the perfect subject matter for theater. It’s about truth and illusion, the very subjects that theater itself is about.”

Mabesa founded UPPT, now celebrating its 25th year, after being part of the UP Writers’ Workshop.

“That year, they focused on drama and I helped choose the best three plays for staging,” he says.

“I used the opportunity to establish UPPT and decided to stage productions in the Faculty Center Studio, which was later renamed Teatro Hermogenes Ylagan, after the Father of Filipino Sarswela.”

“Every major theater company in the world usually has what they call ‘the other place,’ a non-proscenium performance space that allows artists to work in a different space. Works in these spaces compliment the works in their ‘main stage.’” 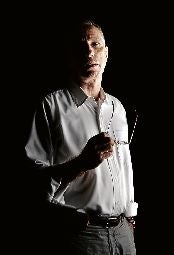 UPPT’s objective is to produce original plays or revivals of plays by Filipino playwrights.

Mabesa says working with Quintos on new plays is easy because “he’s not precious about his work. He’s very flexible, he will adjust what needs to be adjusted. He’s very involved. It helps that he’s a director himself, so he understands why changes need to be made.

“If you don’t want people meddling with your work, you can be a pianist, novelist or poet, but not a playwright. Theater is collaborative,” he says emphatically.

The power of a writer’s creation is not lost on Quintos. With this play, he further contemplates the power of the “truths” within creations and the power that lies in the acceptance of these “truths.”

“You could say that history is just a perception of facts,” he says. “All these documents that are ascribed to Marco have always fascinated me. So many important scholars believed him.”

“That the documents have been proven as forgeries isn’t so much the point as ‘why would a man do this,’” he says. “He couldn’t have done it for money or for fame. These are the works of an intelligent forger, so maybe he really wanted to give us Filipinos something. Perhaps a sense of history, of pride, of identity? Perhaps he wanted to do something noble?

“The character that I created, Miguel, is representative of cynical Filipinos duped by so many fakes. Hopefully, the play leads us to ask what is it really that contributes to a concept of nationhood. Is it simply just facts? Or is there also value in myth and lore?”