Your best guide to a Manila ‘Visita Iglesia’ | Inquirer Lifestyle 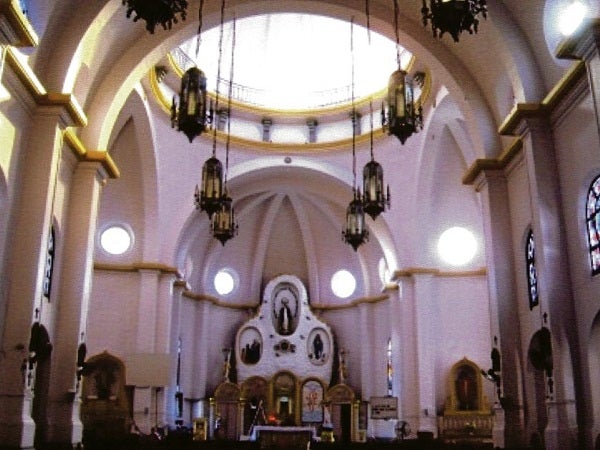 Your best guide to a Manila ‘Visita Iglesia’

Even the not-very-religious Catholic does Visita Iglesia during Holy Week. Visiting seven churches on Holy Thursday, after the Holy Eucharist is brought to the “altar of repose” by the priest during the procession inside the Church, is a tradition observed by most Catholics.

With the ciborium carrying the hosts, covered with white cloth, the priest walks under a four-cornered canopy carried by lay ministers, as bells are rung and people kneel in worship.

Jesus is hidden in the “altars of repose” all over the world until midnight. Before that hour comes, Catholics walk to nearby churches or drive to farther ones.

My friends and I always begin our Visita Iglesia at the Shrine of Nuestra Señora de Guia in Ermita. This archdiocesan shrine is a unique church, in that here is enthroned the oldest Marian image in the Philippines. It was discovered by a Spanish soldier on May l9, l571, being venerated by the natives on the place where the church today stands. Today, Tony Adriano designs the “altar of repose” every year.

The next church to be visited is San Agustin Church, the oldest church in the Philippines still standing. Founded in l57l and built by the Order of St. Augustine in l589, San Agustin Church was declared a World Heritage Site by the United Nations Educational, Scientific and Cultural Organization in June l993, one of the Baroque churches of the Philippines.

A favorite church people like to visit on Maundy Thursday is the San Francisco de Dilao Church in Paco, Manila. The church is blessed to have the “Santo Entierro” on the left side of the altar. People line up to touch His feet and whisper prayers to the Dead Christ. All my prayers were answered when I visited Him.

Paco Church was first built in l592, but reconstructed in August l93l.    In l908, the Belgian Fathers or the CICM order came to serve in the parish. The feast of the “Santo Entierro,” by the way, is the third Sunday of August. 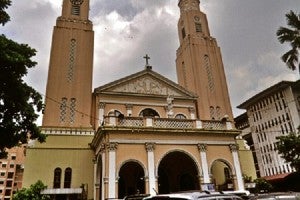 The Parish of St. Vincent de Paul, popularly called San Marcelino Church (because it stands on San Marcelino  Street in Ermita), is run by the Congregation of Mission order or the Vincentian Fathers, who propagate the devotion to Our Lady of the Miraculous Medal.

The life-size image is enthroned up in the main altar. The church always fills up during the nine-day Novena Masses in her honor and on her feast day. One can also find, on the right side of the church, the statue of St. Nicholas of Bari, the Bishop of Myra.

At the turn of the century, Singalong teemed with people coming from other areas of Manila or from the provinces. They lived in simple houses of nipa or wood.

There was a visita dedicated to St. Anthony of Padua in the area. Since 1901, Fr. Francisco of Santibanez and other Capuchins headed there on Sundays to celebrate Mass, visit the sick, and teach Christian doctrine to children.

In 1905, Archbishop Michael J. O’Doherty, realizing the need of the people and recognizing the good work of the Capuchins, built a simple convent, and in October, asked the Capuchins to live there permanently and take care of the people. They agreed.

On Nov. 25, 1905, Fr. Mariano of Olot, president and parish priest, moved there with Fr. Vicente of Pamplona and Bro. Gabriel of Lizarza.

On Dec. 10, 1905, they celebrated their first baptism, and the parish of St. Anthony was officially established on April 2, 1906. Two months later, Fr. Vicente of Pamplona took over, and in his three years as parish priest, he was able to build a church to replace the old visita. 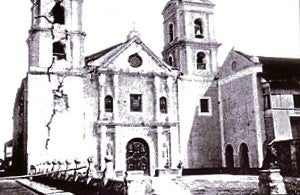 The new church was made of concrete with galvanized iron roofing and a massive facade and belfry resembling the rural churches of Mexico and Spain. On his second term as parish priest of Singalong (1915-1921,) Fr. Blas de Guernica extended the church, making the interior higher than the main nave to integrate the sanctuary with the main altar and the sacristy. Today, the parish is run by diocesan priests.

After Singalong Church, we drive to the National Shrine of the Sacred Heart of Jesus in Dau St. corner Kamagong in Makati. After praying in the comfortable silence of the place, we drive to Malate Church, also known as Our Lady of Remedies Church.

The “altar of repose” here is simple, no trimmings. You just kneel and whisper your prayers, and you know for sure Jesus is listening.

After seven churches, you sit for a while and offer your visita iglesia for the healing of a sick friend, the conversion of someone you know who needs to go back to God, or the solution of a problem.

By doing that, you will not feel so tired.