The menace of Arroceros | Inquirer Lifestyle 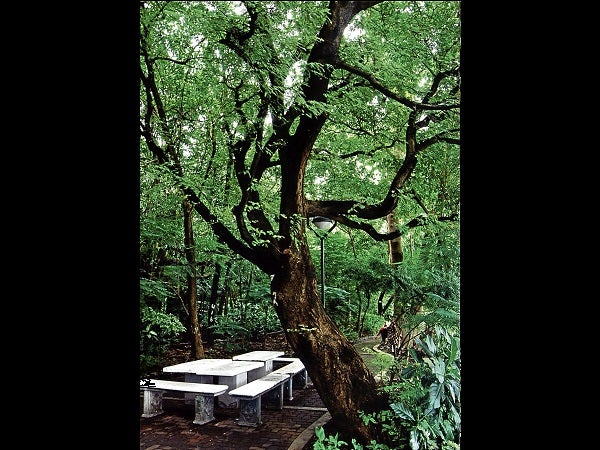 The menace of Arroceros

It took just one sight of him, and nightmarish memories come flooding back—him, that ex-mayor, in that trademark floral shirt of his blooming with pseudo-environmentalism.

We have seen him in court before, as we see him now, sitting in the witness chair, seizing every chance at self-aggrandizement, only to be revealed for what he has always been: for himself.

In this particular case, as it turns out, he has come to court unsummoned, presumably under some pressure, the risk being simply too great, and, true enough, only to implicate himself and Chief Justice Renato Corona at his own impeachment trial.

He testifies paying good city money (too good, indeed, at P34 million) for a piece of property owned by Corona’s wife’s family in a quick deal that was, as the Commission on Audit now declares, forced through. Apparently, precisely because of the thick cloud shrouding the deal, the title remains, after 11 years, untransferred to the City of Manila.

It’s all out now that he’s no longer mayor—or secretary of natural resources under his patroness President Gloria Macapagal-Arroyo.

Unfortunately, we the environmentalist women of Winner Foundation faced him at the height of his power. Battle-scarred mothers and grandmothers that we were, we did not fear him, not in the slightest. Alas, fearlessness was no match to the conspiratorial power he wielded at the time.

With such arrogance as clearly meant to put us where he wanted us—anywhere but in the park—he even threatened to change its historical name and, necessarily, the name as well of its namesake front street. Locked out of our own park, we had to climb over the gates to be able to perform our duties as its caretaker.

For reasons unknown to us, he had made a full turnaround, from an enthusiastic supporter of our project as a vice-mayor to enemy as mayor. And, sufficiently warmed up, he proceeded to destroy the face and character of the city itself on his second term. He demolished the Jai-Alai Building with the frantic urgency of a dentist extracting a tooth, except in this case a good one. His excuse: It was to be Manila’s Hall of Justice. It remains a gaping hole in the ground where once stood one of the last specimens of Art Deco architecture.

Where he decided to do something constructive by his philistine notion, he ended up dressing the city like a whore, installing atrocious lampposts imported from China so close to one another you begin to suspect unreasonable, if not anomalous, expense. He allowed entertainment and eateries by the breakwater along Roxas Boulevard, blocking the view of the famous Manila Bay sunset and causing serious problems of sanitation.

He built an unnecessary (now well proved by its cavernous emptiness) and unventilated eyesore right on the grounds of the Metropolitan Theater, ruining its chances of being declared a world heritage site.

The irony of it all was that he, Christ-like, was in fact trying to bring back to life a dead-as-Lazarus city.

Try as we did, we just couldn’t understand the man; a hidden agenda was the most reasonable thing that came to mind. Or else, as our president, Regina Roces-Paterno, who could manage yet to be charitable, said, “The poor thing probably simply lacked the taste and sense of history.”

We went to supposed protector agencies—the Department of Natural Resources, the Museum, the water agency, even Malacañang—and appealed our case, an obviously rightful claim for our park as heritage land, archeological site, and watershed; and, finally, to the courts. None would stand up to City Hall, despite press pressure. As, again, cousin Regina would challenge all of them in her original charming coinage, “Cobards!”

Ultimate assurance came from Cardinal Sin, who called us his Weeping Women of Jerusalem and promised us our tearful wailing would bring down the walls of Jericho.

Indeed, it seems in the end God takes the side of widows and grandmothers and rewards patience and tenacity. In 2007, Mayor Alfredo Lim, whose idea it was in the first place to build the Arroceros Forest Park as a refuge for Manileños from chaos and pollution, was back in office, beating the ex-mayor’s own son.

Right after taking his oath in nearby Liwasang Bonifacio, he walked with us to the park and had the gate locks that had kept us barred for nearly six years destroyed. By then a third of our forest had been irreparably ruined, now occupied by a concrete structure the former mayor had built against all environmental and heritage rules. Now the forest has to simply coexist with it. But just as well: We and the forest are back together.

And those dark days, when that man wearing the fake garden lorded it over, must never be allowed to return.