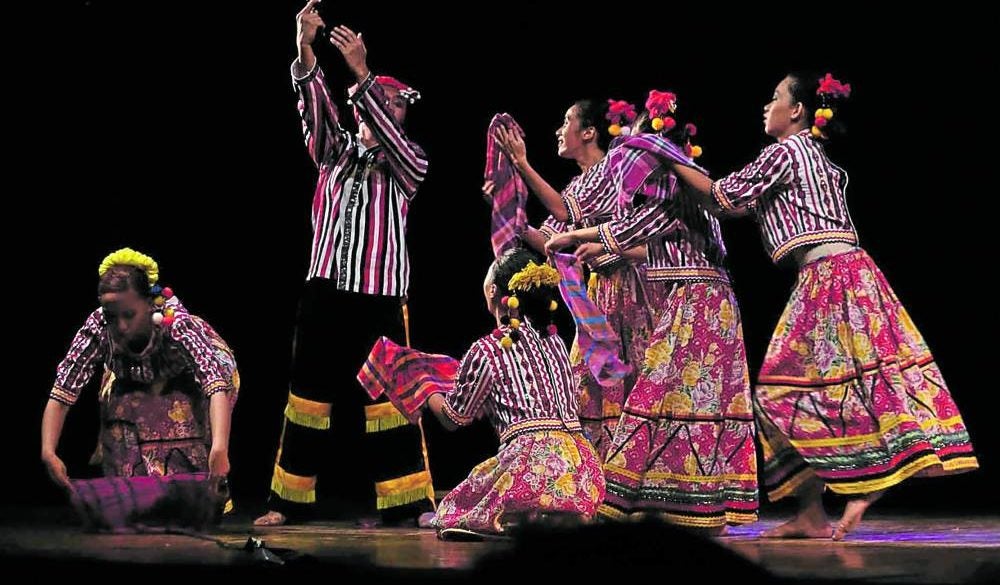 The conferment ceremonies for 12 individuals, a performing group and a publication that were named recipients of the Gawad CCP (Cultural Center of the Philippines) Para sa Sining in 2020 for their outstanding achievements and contributions to Philippine arts and culture will be held Sept. 2, 6 p.m., at the Tanghalang Nicanor Abelardo (CCP Main Theater).

The Gawad CCP Para sa Sining is the highest award given by the CCP. The awarding ceremonies, originally set in 2021, were postponed due to COVID-19. 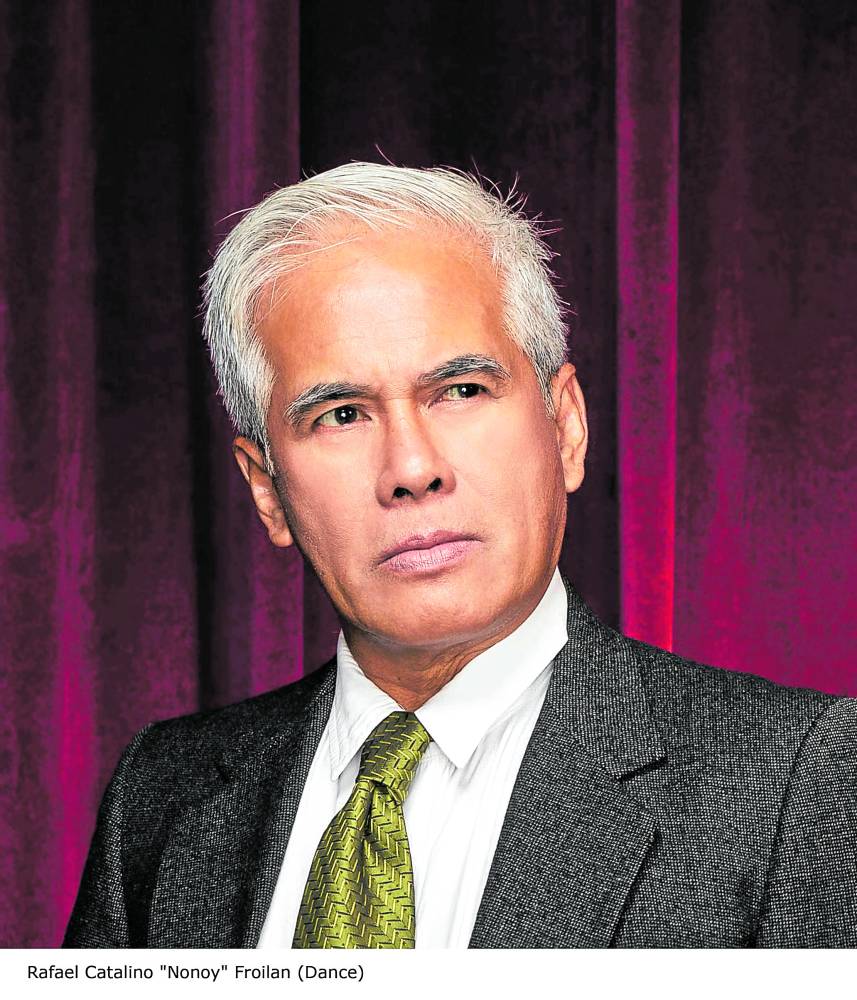 Rafael Catalino “Nonoy” Froilan (Dance) is one of the country’s most talented and prolific dancers/choreographers. One of the pioneers of Ballet Philippines, he is known as the Philippines’ beloved premiere danseur, partnering with the leading ballerinas of his time and best remembered for his leading roles in groundbreaking dance productions. 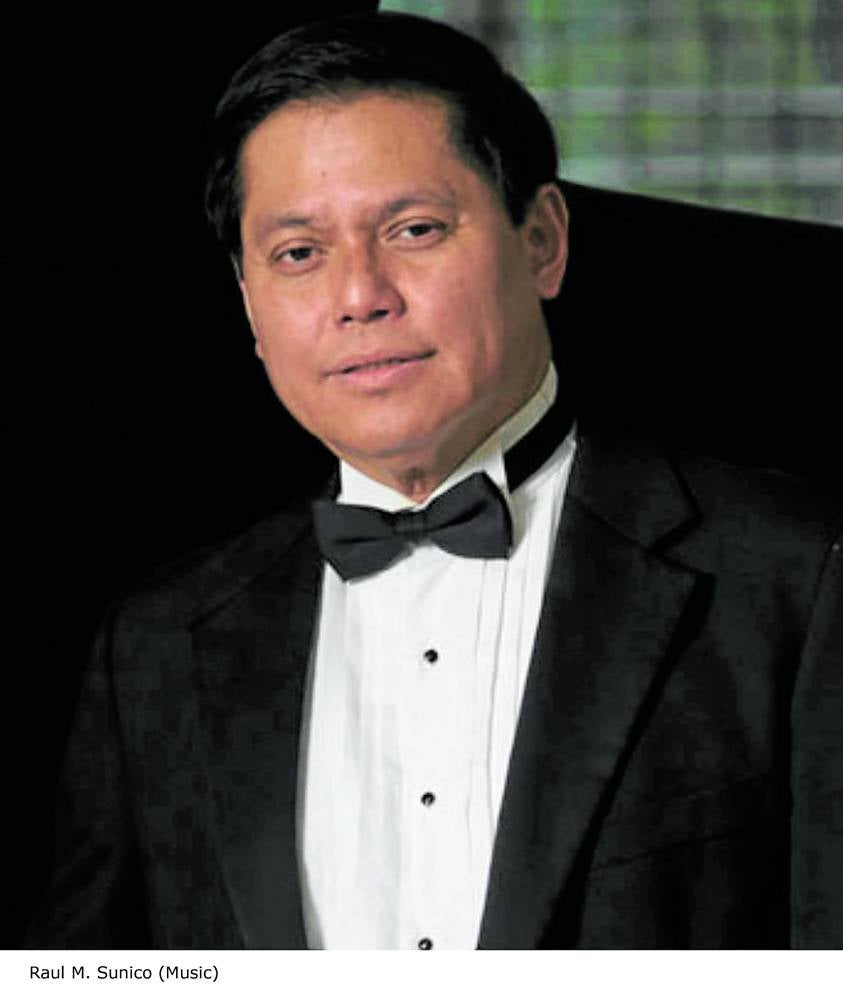 Raul M. Sunico (Music) is an outstanding pianist, arranger, composer and teacher. He is an advocate of Philippine music, preserving it for the enjoyment of future generations through his large discography that encompasses around 50 CD recordings, including his piano transcriptions of Filipino folk songs and kundiman, original compositions, piano arrangements of Philippine songs. He also championed music education and authored the textbook series “Musika at Sining” for public schools. He is a gifted pianist. 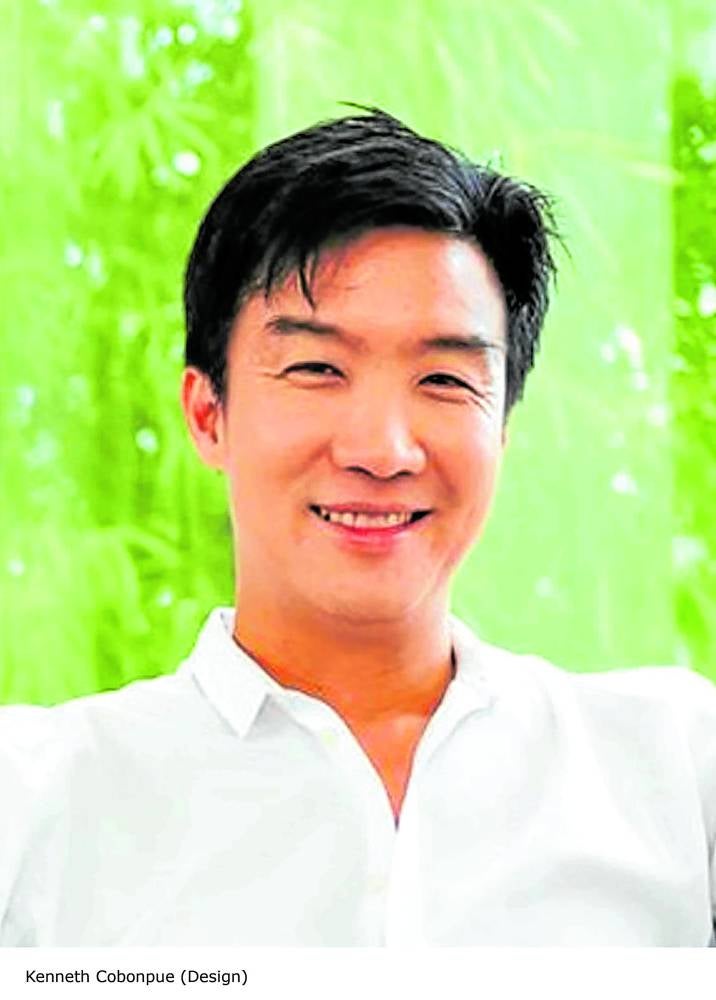 Kenneth Cobonpue (Design) is an internationally acclaimed industrial designer who made his mark with his signature designs in natural fibers and materials. His designs mainly focus on nature’s forms using rattan, buri, bamboo and abaca. Cobonpue integrates locally sourced organic materials with innovative handmade production techniques offering an alternative to the Western definition of modern design. 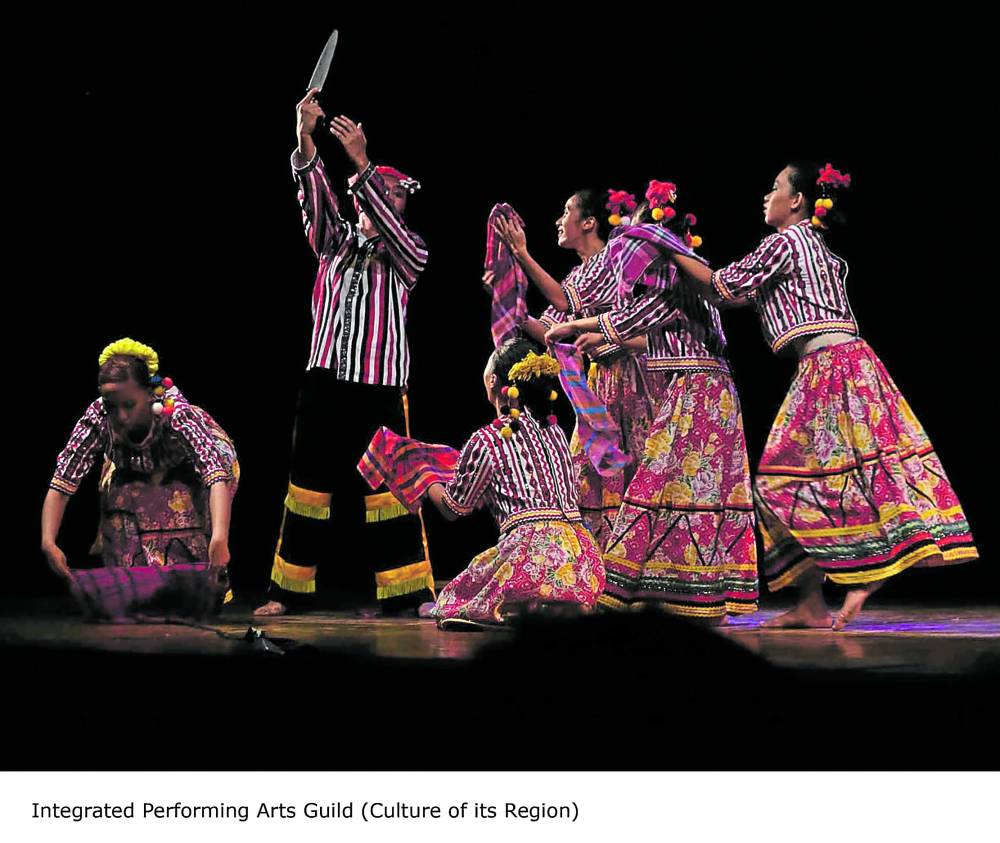 The Integrated Performing Arts Guild (Culture of its Region) is a trailblazer in the establishment of an active theater in Southern Philippines. Its productions are built from local creative expressions in dance, music, literature, the visual arts and indigenous lore. A dance-theater format based on the Pangalay dance form of the Sulu archipelago is its signature that helps keep this ancient tradition alive. 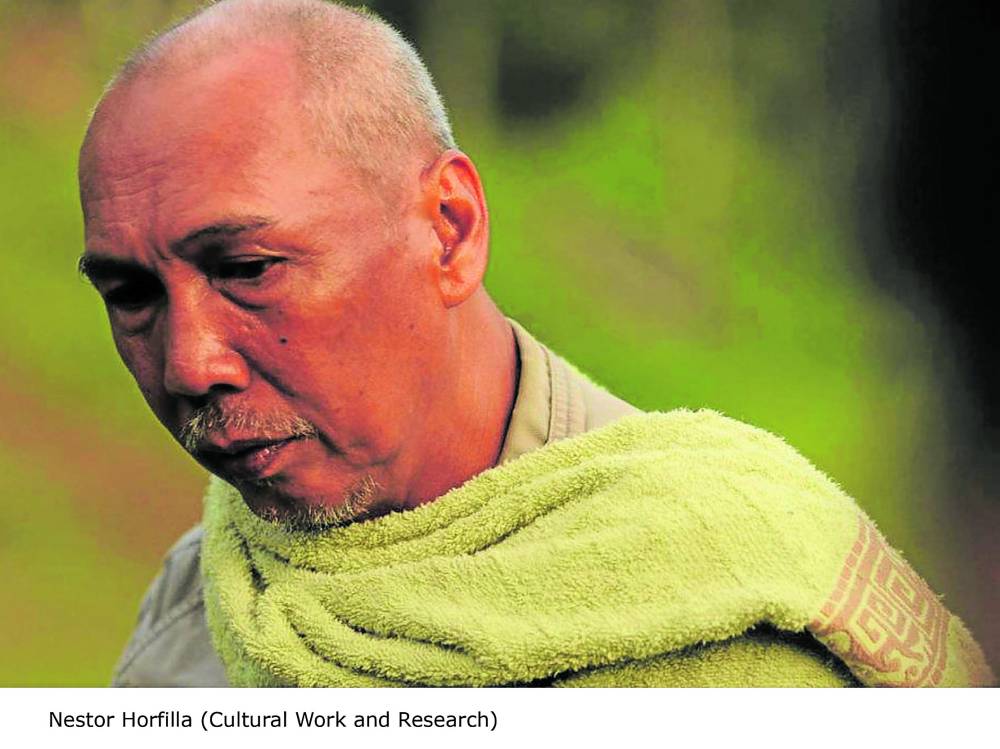 Nestor Horfilla (Cultural Work and Research) is a major force in the propagation of cultural work as part of development work in the regions. He pioneered the establishment of the first ever Mindanao Community Theater Network in the 1980s along with development and social worker Karl Gaspar, which organized hundreds of community and church-based cultural organizations in the regions. He is a leading advocate of immersion in the cultural watershed of indigenous knowledge systems and practices toward the creation of artworks that explore the dynamics of the times. 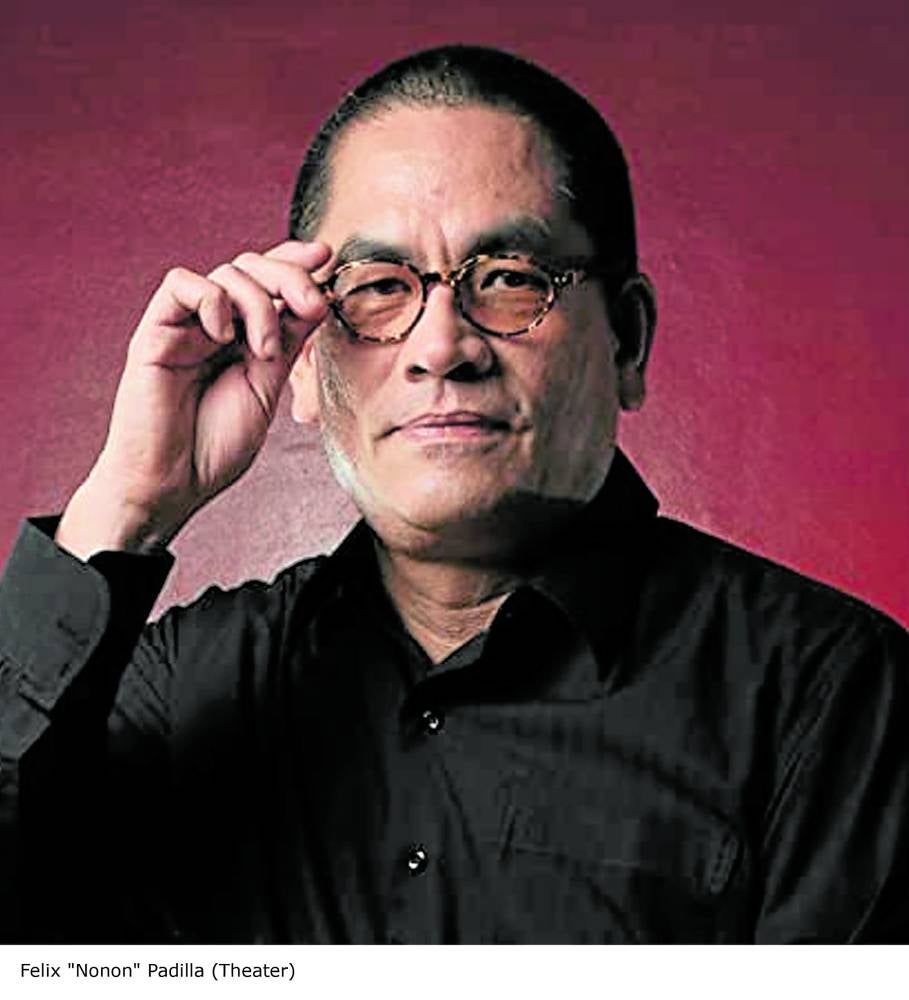 Felix “Nonon” Padilla (Theater) is one of the most original and influential figures in contemporary Philippine theater. With a career spanning more than 50 years, he is both a theater artist and a visual artist. He holds the distinction of being the only theater practitioner to serve as artistic director of Philippine Educational Theater Association in the early 1970s and Tanghalang Pilipino which he founded in 1987. He founded the Tanghalang Pilipino’s Actors Company that became the breeding ground of Filipino theatrical talents that now dominate Philippine theater. 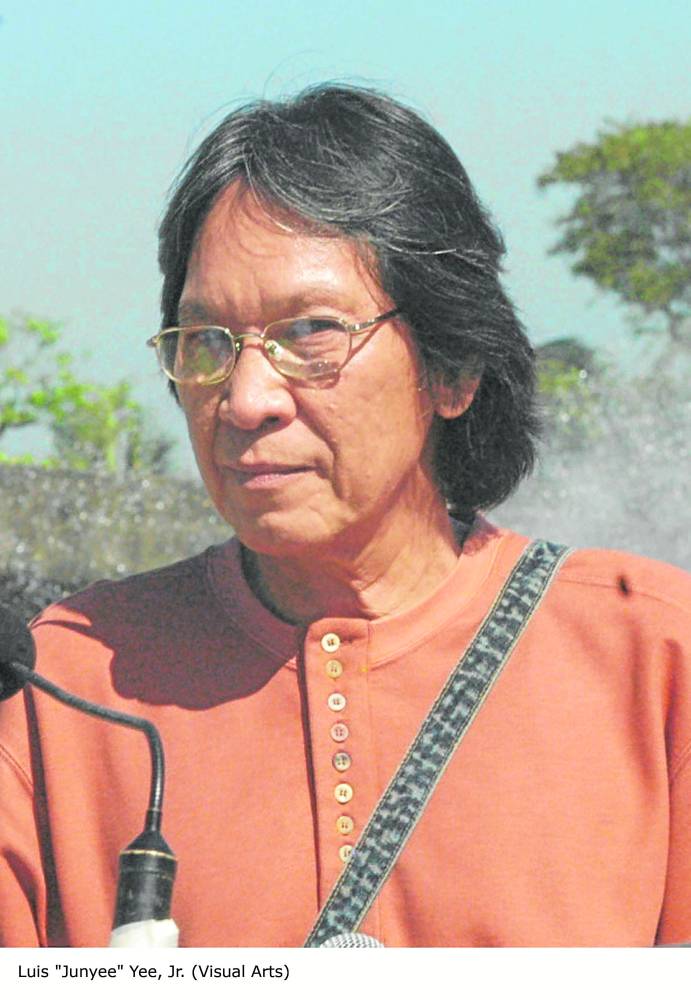 Luis “Junyee” Yee Jr. (Visual Arts) has a sizable body of work that established the trend in indigenous materials. His work assembles, binds or weaves together into various shapes organic materials such as dried pods, twisted roots, banana pulp, coconut shells, twigs and coconut fiber. Whether exhibited in a gallery or in an urban context, his installations are a reclaiming space for nature. 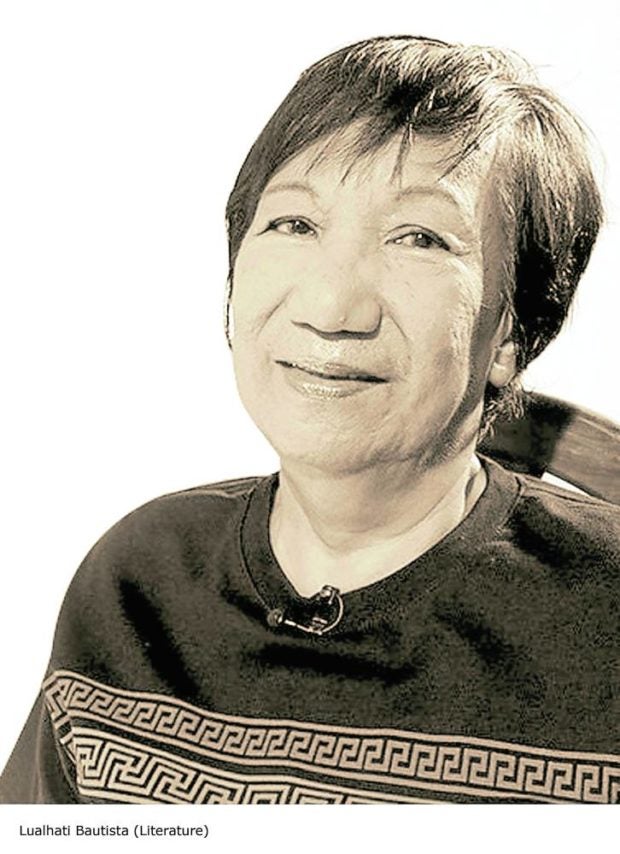 Lualhati Bautista (Literature) is one of the foremost Filipino female novelists in the history of contemporary Philippine literature. Her major works include books such as “Dekada ’70,” “Bata, Bata, Pa’no Ka Ginawa?,” “Bulaklak sa City Jail.” A winner of the Carlos Palanca Memorial Awards (1980, 1982, 1983 and 1984), she became a National Fellow for Fiction of the University of the Philippines Creative Writing Center in 1986. 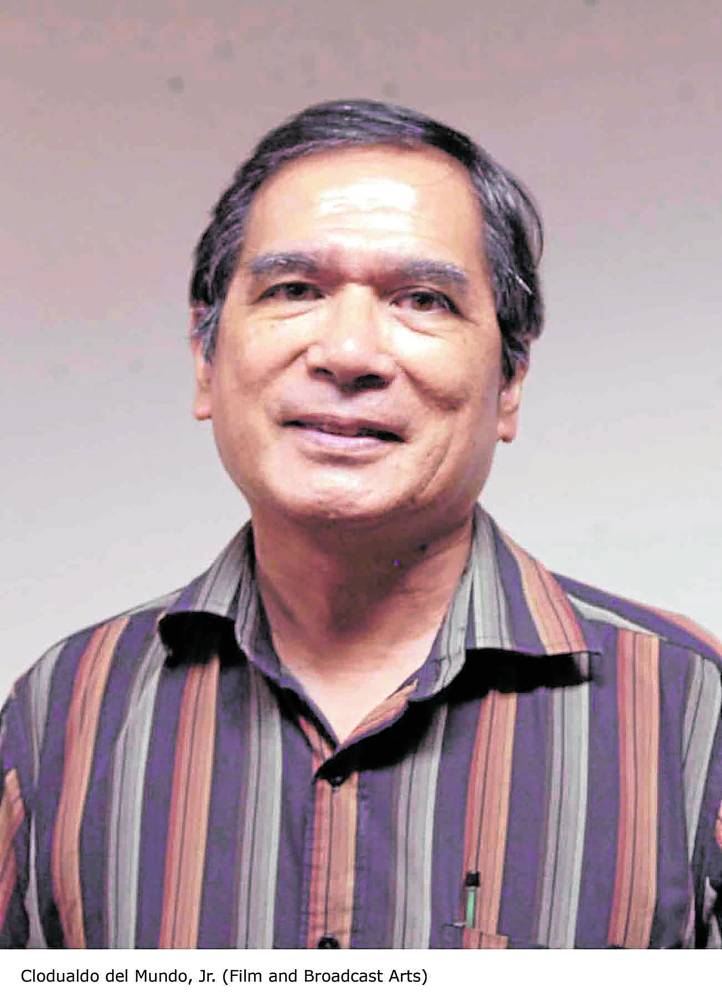 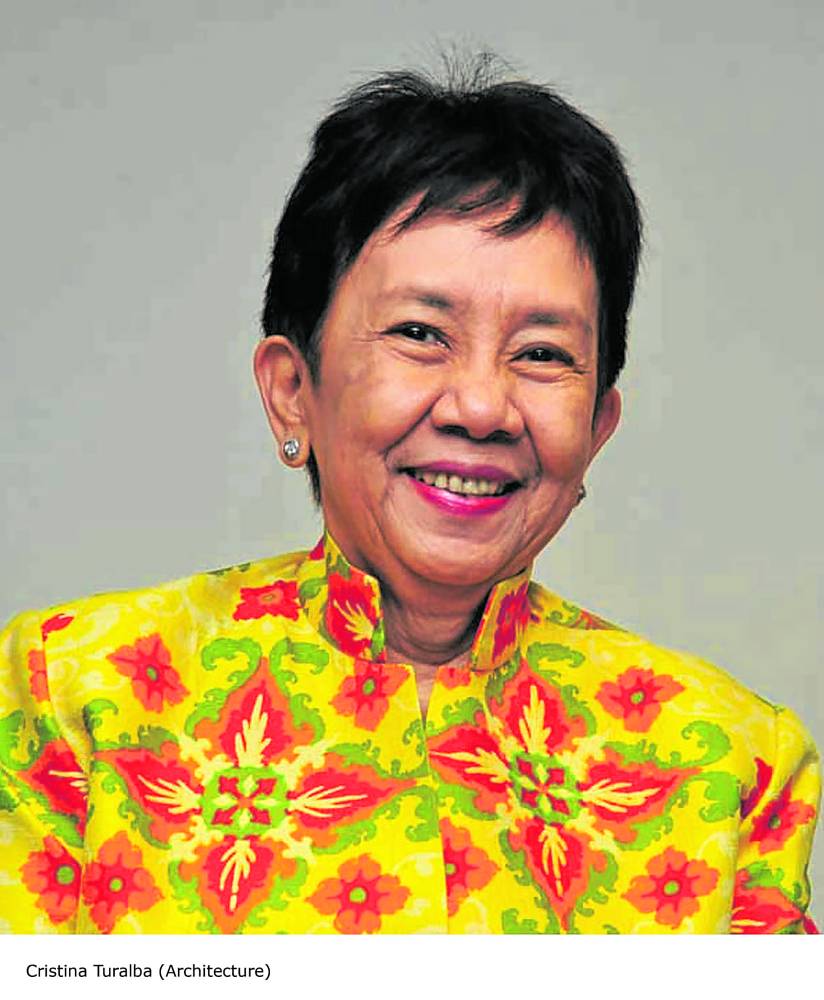 Cristina Turalba (Architecture) is an advocate of heritage conservation and was part of several heritage-related activities of the United Architects of the Philippines. She implemented the National Commission for Culture and the Arts-United Architects of the Philippines documentation of Philippine heritage structures and cultural sites. She led numerous projects of her company the Active Group Inc. to develop socialized housing, sustainable and living communities for Filipinos, and world-class developments. 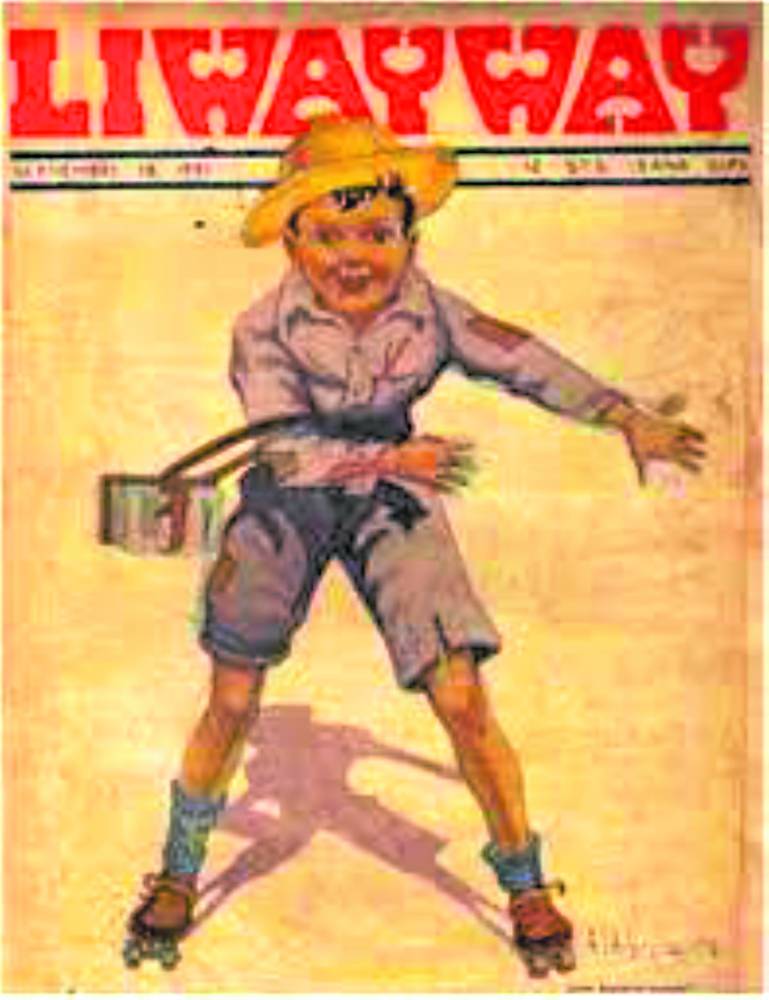 Liwayway (Development of Philippine Culture) is a Filipino magazine established in the Philippines in 1922 that published significant works of known writers and poets as well as works of National Artists for Literature Amado V. Fernandez, Lazaro Francisco, Virgilio Almario and Cirilo Bautista and National Artist for Visual Arts Francisco V. Coching. It is home of well-known comic series such as “Mga Kuwento ni Lola Basyang” (1925) and “Kenkoy” (1929). Liwayway was the venue for aspiring writers and brought Filipino literature to the masses. 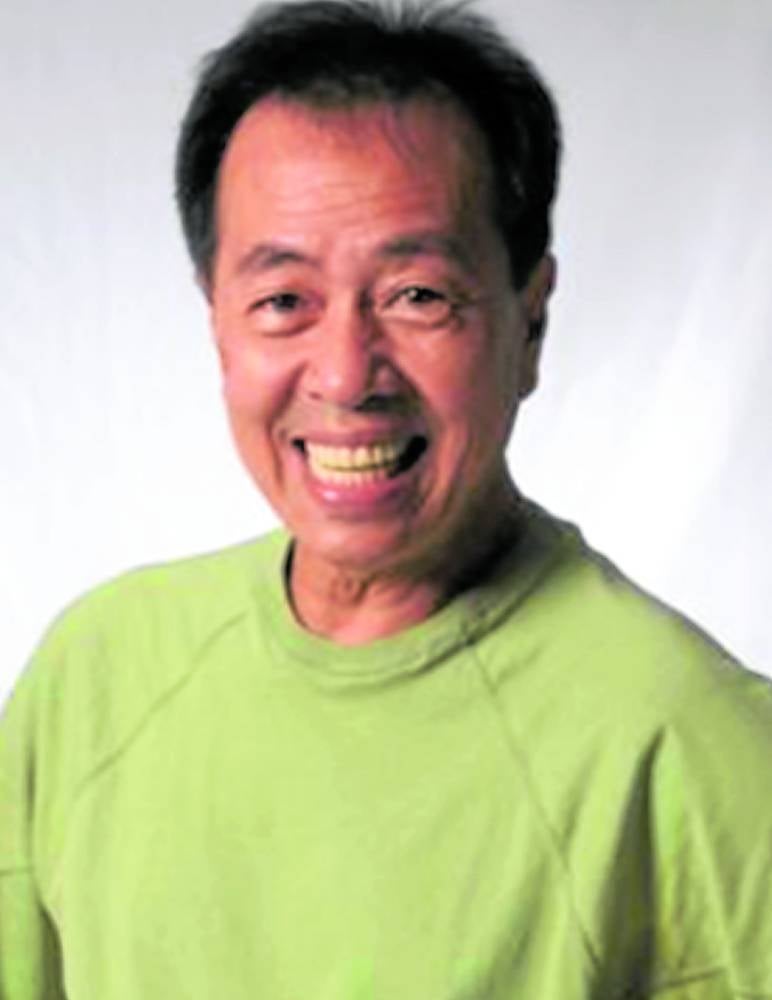 Antonio L. Fabella (Dance, posthumous) was one of the country’s most talented and most prolific choreographers. His choreographies contributed to the development of Philippine dance. He popularized the medium of classical and contemporary ballet, fusing them to evolve a distinct form and style. He was a former member and principal dancer of Bayanihan, Alice Reyes Modern Dance Company and Ballet Philippines, and choreographer of the Bayanihan Philippine National Folk Dance Company. 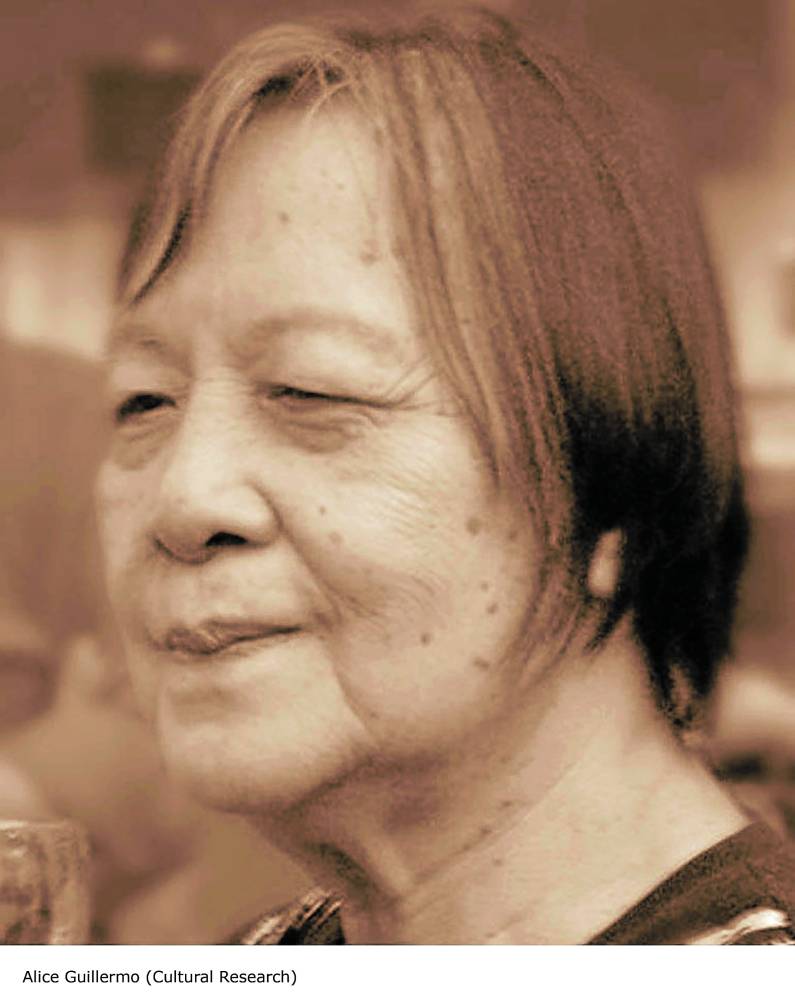 Dr. Alice Guerrero-Guillermo (Cultural Research, posthumous) was a giant in the field of art criticism and art history. She was conferred the CCP Centennial Honor for the Arts on Feb. 2, 1999, in recognition for her remarkable contributions to Philippine art criticism with a distinctly nationalist perspective. Among her legacies are her multiple books and essays on art history, art criticism and cultural studies that served as foundation for art studies in the Philippines. Danilo Dolor (Tanging Parangal for the development and support of the arts) is known to be a patron of culture and arts. He founded the Tribung Pilipino Foundation in 1978, which has shown more than 400 concerts that focus on promoting, preserving and disseminating traditional Filipino music.

The Gawad CCP Para sa Sining, which is given every three years, is awarded to artists or groups of artists who have consistently produced outstanding works and enriched the development of their art form.

The award is also given to cultural workers, who through their works in research, curatorship and administration, have helped to develop and enrich Philippine art.

The Tanging Parangal is given to individuals or organizations to honor their outstanding contributions to the development of the arts in the country.