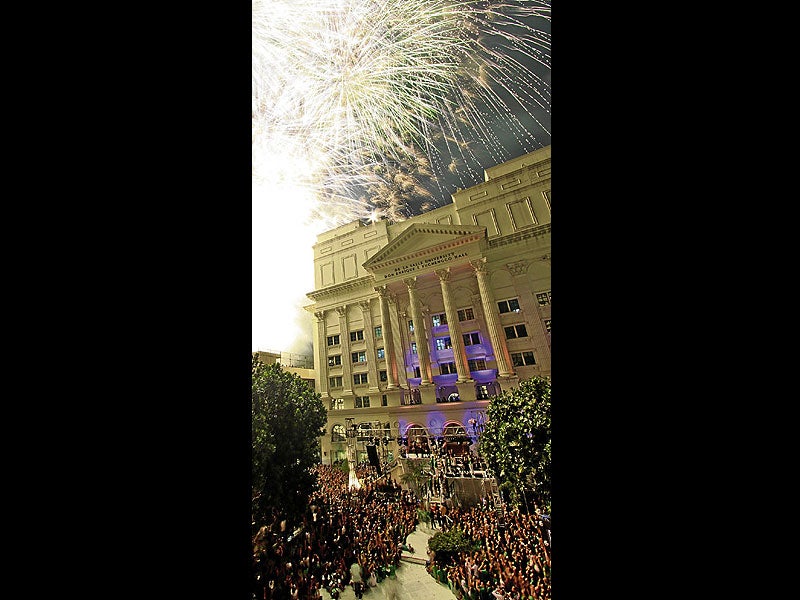 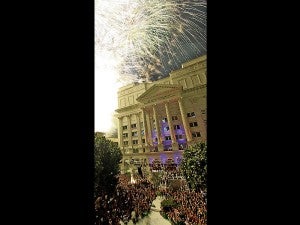 June 16 was a day filled with fun activities that brought the La Sallian community together in one place to celebrate 100 years of La Sallian presence in the Philippines.

It started with an electrifying dance by the La Salle Dance Company, to the music of “Live It Up” by Innersoul. The energy from the students was so contagious, it made everyone joined the dance. The Pilipinas Synchro Water Dragons were simultaneously dancing along  in water.

At 3 pm, the students from different colleges line up along Taft Area for the Green Mile, to show their green love. There were street parties and concerts after the parade that lasted until 11 in the evening. Peryodiko, Sandwich, and Kjwan were among the bands that played during the concert session.

Aside from the street parties and events at the Ampitheatre, “Isang Daan Centennial Show” was held at Teresa Yuchengco Hall, where La Sallian alumni remembered their college years and thanked their professors. 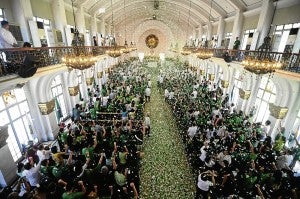 The night before the celebration, DLSU had been trending over Twitter. The students were excited and ready to have fun and show their Animo spirit. The centennial celebration didn’t disappoint, and rain or shine, students stayed throughout the celebration.

“It feels really great! It’s a once-in-a-lifetime, and I’m here to experience this with all of my batchmates and schoolmates,” said third year student Louise Artadi. “It’s really a wonderful feeling, seeing everyone with the La Sallian Spirit.”

For Nicole Gaba, fourth year Advertising Management student, the whole celebration was very festive. “It made me feel relevant,” she stated.

The whole school was jampacked with an estimated number of at least 10,000 people.

President of the student government Cabe Aquino attributed the successful celebration to the community. “Everybody in the community is willing to give. All sectors in La Salle contributed to its success,” he said.

Celebrity host of “Unang Hirit” Lyn Ching-Pascual, a La Salle alumna, shared what she learned from the years of education. “I developed my sense of self here. When I got here, it helped me learn who I’m supposed to be,” she reflects. “They encourage you to live your life.”

He continued, “Every time you come to La Salle, it is your time! Don’t let it pass. You have to live life. Participate as much as you can. Be the player, not just an onlooker. We’re movers and shakers.”

The centennial celebration was highlighted by a five-minute grand pyro-musical display to cap the day’s festivities. It was truly a perfect day to remember, to be inspired, and to be part of La Salle.