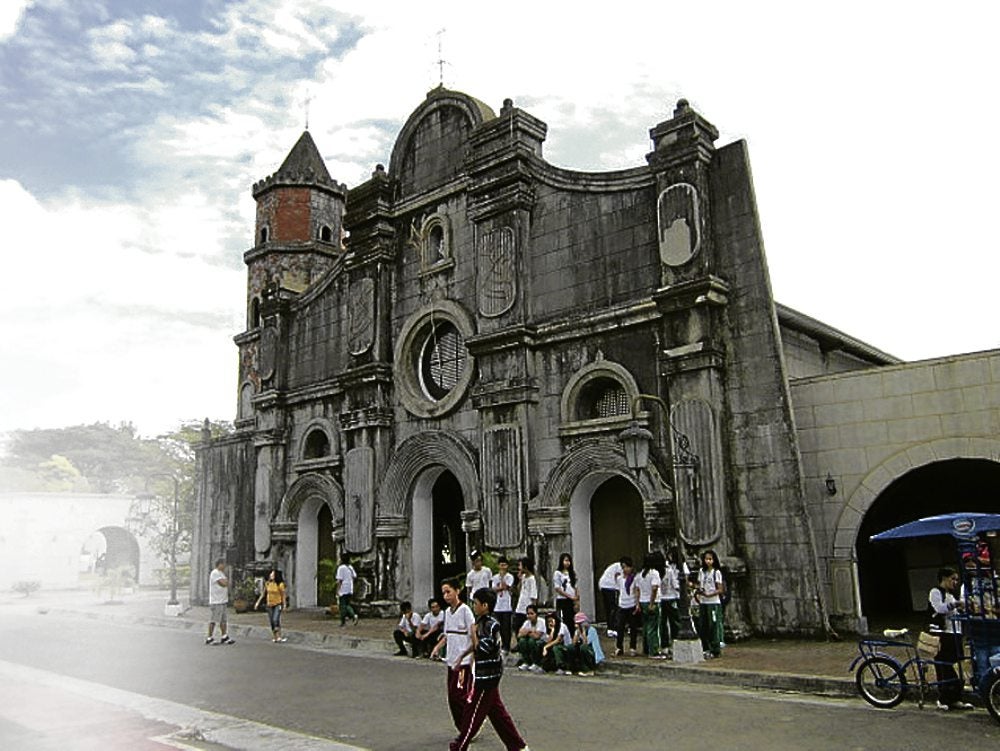 FAÇADE of historical church of Lobo

Camarines Norte: A stroll through history

A walk in and around Daet, capital of Camarines Norte, is a stroll through history, a heritage mini-tour. There are historical churches, museums, landmarks and monuments to the past.

In Paracale, a town that sits on gold (said to be stolen by a former president), is the Church of Our Lady of Candelaria, which is celebrating its 400th anniversary. The parish has huge adobe blocks and strong shafts of hardwood cut from the forests during Spanish times.

The story is that Our Lady fought off invading Moros and her finger was cut off. A gold finger (shades of James Bond) was placed on her hand but this always fell off.

Our Lady would not receive the substitute gold finger, and the paint would always peel off. And so the icon was left minus one finger.

What is in the retablo (altar backdrop) today, however, is a replica.

Another cultural treasure is the Baroque Church of Labo. Its belfry has a “wedding cake” motif similar to the famous church tower in Tumauini, Isabela.

Labo also has an interesting museum.

The people of Camarines Norte, especially Daeteños, are particularly proud of the first monument to Rizal in the Philippines, which is in town plaza. A 1961 plaque of the Philippine Historical Committee notes that the monument was built through voluntary donations of the people, as solicited by Lt. Col. Ildefonso Alegre and Lt. Col. Antonio Sanz of the revolutionary army.

The simple, stately and whitewashed landmark, with a golden star, is dedicated to the National Hero in Spanish: “A José Rizal.” At the base is the year the novel “Noli Me Tangere” was published: 1891. The monument was unveiled on Dec. 30, 1898.

Another shrine in the plaza honors the martyrs who fought the Spaniards and died in 1898, when the revolution against Spain resumed following the arrival of the Americans. The marker notes that the heroes defeated the Spaniards at first, but “freedom was short-lived.” Fifty names are etched on the shrine.

Cut to World War II, where the Lamitan Battle Memorial pays tribute to the gallant stand of the guerillas against the Japanese invaders in December 1941, in one of the first battles of WWII.

Nearby in the imposing provincial capitol, is the Museo Bulawan, the community museum of Camarines Norte where many activities and exhibits have taken place. What attracted the visitor from Manila was the Amorsolo Corner, a tribute to our first National Artist, Fernando Amorsolo, who grew up in Daet.

On display are 1920s magazines that published the drawings, sketches, nudes and carnival posters of the master.

For me, the climax of the tour was a visit (actually a revisit) to the lived-in, well-preserved and grand Rufino Pabico ancestral house, with its period fountain, capiz-shell windows, Art Nouveau designs, ventanillas, tertulia piano, old paintings, azotea and other reminders of a vanished era.

The owner, Francisco Timoner, 76, welcomed us again. His maternal grandfather Rufino Pabico had built the house in 1917 and he (Timoner) had inherited it from his mother.

I had been to this house 10 years ago, accompanied by cultural-travel PR Bernard Supetran. My article  (with photo) was published in the Inquirer’s Travel Section, then edited by Rosario A. Garcellano.

Now, to my pleasant surprise, I found that Timoner had framed and laminated that article and photo, on display in the living room. “After 10 years, you must write about my house again,” said Timoner, beaming.

I promised him I would do just that.