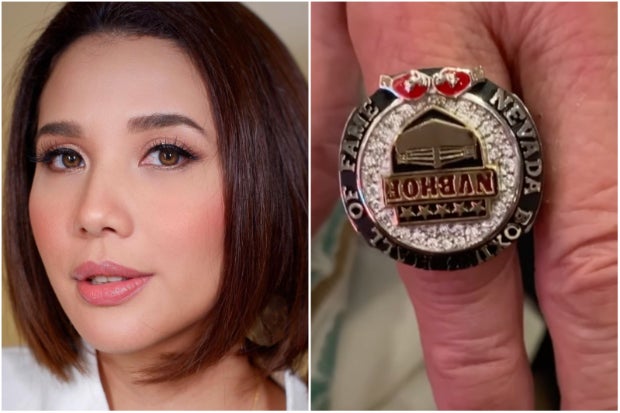 “It’s Showtime” host and singer Karylle is mighty proud of her grandfather Carlos Padilla Jr.’s latest feat, that of being included in the Nevada Boxing Hall of Fame.

“In today’s episode of #WalaKayoSaLOLOko… Congrats, Lolo Carlos Padilla for being inducted into the Nevada Boxing Hall of Fame,” she said via her Instagram page yesterday, Aug. 28, where she shared a short video of her grandfather and him wearing his ring.

A retired actor and boxing referee, Padilla is known far and wide as the referee in the “Thrilla in Manila” fight between Muhammad Ali and Joe Frazier in 1975.