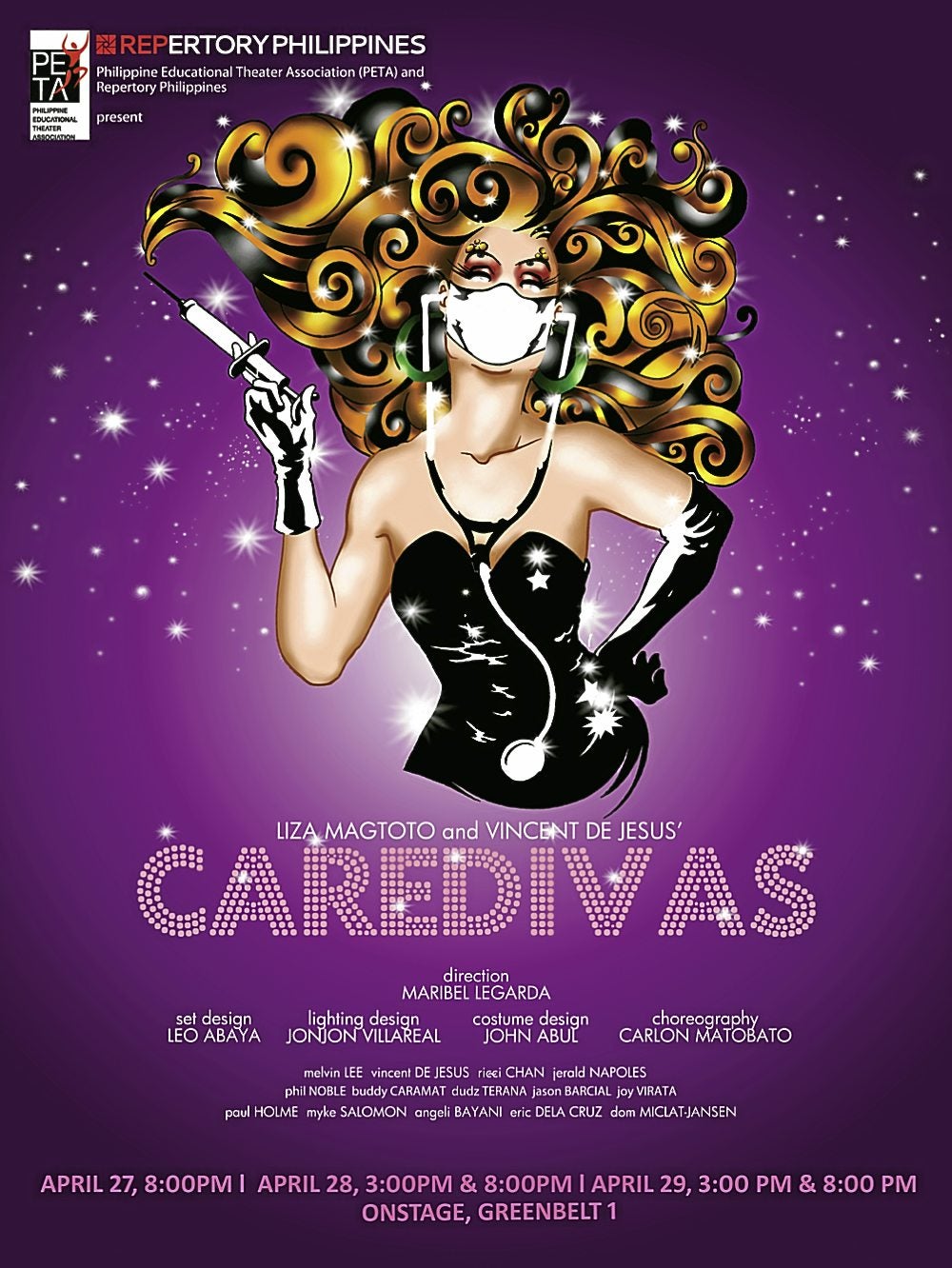 Peta and Rep do crossover staging of cross-dressing hit 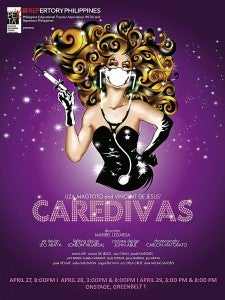 This “crossover” staging is part of both theater companies’ celebrations of their 45th anniversaries.

With Peta’s Filipino productions and Rep’s English productions, both companies have staged season after season of shows and have established reputations for excellence.

Peta has been staging original works alongside Filipino translations and adaptations of foreign works.

Joy Virata in the mix

This musical, about a group of Filipino caregivers working in Israel who moonlight as drag queens in a club, premiered last year and has had several run extensions.  The characters, despite the glitter and glam involved in their drag-queen personas and performances, struggle with cultural differences, alienation and loneliness.

Virata takes over the roles (Adara/Sara) originated by Garrucho. Aside from having been an actress and former associate artistic director for Rep, Virata is also Rep’s Children’s Theater founding artistic director.

Legarda has always wanted Virata to alternate with Garrucho. With Garrucho unable to perform in this run, Legarda sent word to the Rep camp inquiring if Virata might want to take on the role.

Virata said yes instantly, not even knowing what the show was about, expressing excitement for the chance to work with Peta. With this, the Rep camp suggested that the show be mounted in Onstage Theater instead of Peta’s Theater Center, and the crossover was born.

Up until the ’80s, actors did not perform for other groups.  The idea of actors crossing over to other groups started becoming acceptable in the ’90s and has now become commonplace.

Both companies have been spreading their respective styles and contributions to theater arts.

Rep is known for training Filipino actors in the modes of Western theater, enabling them to join foreign productions in the West End, Germany and Broadway, represented by its most famous alumna: Lea Salonga. Its alumni have also gone on to found their own English theater companies: Audie Gemora (Trumpets); Bart Guingona (Actors’ Actors); Monique Wilson (New Voice Company); Michael Williams (Theater Down South); and Robbie Guevarra (9 Works Theatrical).

Peta is known for touring their productions nationwide and giving workshops for theater education and theater-in-education, helping communities found their own theater groups. They also forge collaborations with Asean and Asian neighbors such as Black Tent Theater (Japan) and the Mekong Partnership Project (Great Mekong Subregion).

Both companies are exploring future partnerships, with performances to be staged at Peta’s Theater Center, and possibly the Cultural Center of the Philippines.

Purchase of Peta’s “Care Divas” tickets for April 28, 8 p.m. show, will entitle buyer to a 10-percent discount on ticket purchase for any of the April 20-22 shows of Rep’s “Jekyll and Hyde,” and vice-versa.