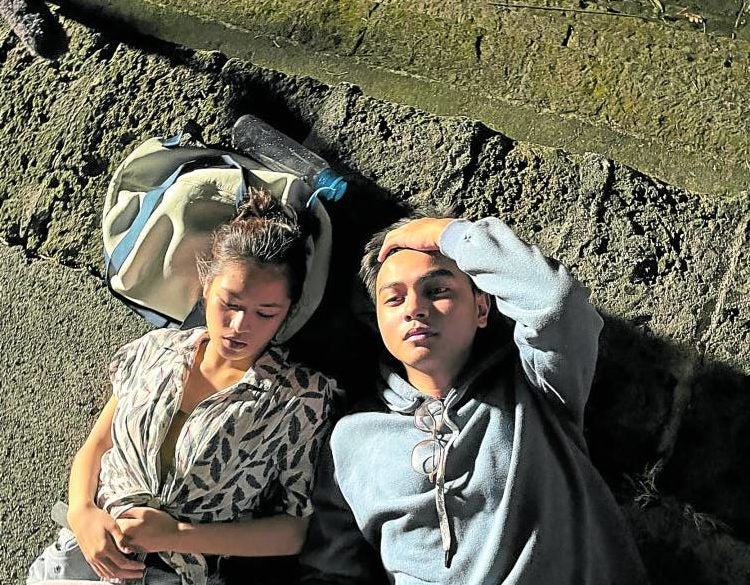 A still from the cautionary tale Smashed participants watch

Now on its second year, Philippine Educational Theater Association (Peta) Plus and Collingwood Learning hope to reach more Filipinos through Smashed, an award-winning global alcohol education and attitudinal change program. Smashed, which uses a unique theater-based learning approach in teaching the youth on the risks of underage drinking, has reached one million young people in 30 countries.

Launched in the Philippines in 2021, the pilot program of Smashed reached 18,000 students from 17 regions across the Philippines with online workshops, film viewings and social media. On its second year, it aims to educate at least 40,000.

Not the usual approach

“This is a real change from the usual approach to alcohol education in schools and one that makes the risks of underage drinking impossible to forget,” said Collingwood Learning founder Chris Simes. “We understand that because of the pandemic, both teachers and students are still adjusting to the current normal. But we want to help carry the learning forward by providing high-quality teaching resources for use, despite the pandemic. We’re thrilled to be working with Peta Plus and the Department of Education (Deped) in the Philippines to produce new innovative online learning solutions to supplement the highly successful live approach.”

Gold Villar-Lim, who is Peta Plus’ Smashed Philippines project head, said, “Our educators and previous learners have had great feedback on the program so far. As someone in the arts and creative industry, I believe that this project is not only a big step in advocating for alcohol education and youth empowerment but also in promoting applied theater and drama-in-education as effective teaching tools in the Philippines.”

Starting out in cities in the National Capital Region (NCR), namely Manila, Quezon City and Pasig City, Smashed PH has been hoping to expand to more collaborative initiatives with other cities across the country, blending the curriculum with sessions on music, arts, physical education and health and values education.

Sessions with student governments and Peta Plus have also been held, bringing in the possibility for the adoption of Smashed to their communities, or even other programs and activities such as a songwriting workshops, competitions and teachers’ creative modules. Peta Plus collaborated with consultants from Deped in creating a curriculum map that could be integrated for students in Grades 5-12.

The initial rollout was able to reach 120 schools and 675 educators and 93 percent of young people who participated confirmed attitudinal change after their Smashed experience.

Berna Joy Corpuz, a Grade 11 student from Anao High School in Tarlac City, and a Smashed participant said, “It was a very interactive learning platform that allowed us to reflect on the social and emotional causes of underage drinking and its impact on our lives when exposed early on. It provided us a safe space and cultivated a culture of support system for young people like us to make an empowered choice that will benefit our future.”

Mary Joy Mendez, a Grade 12 student from Maslog National High School, said, “I am very thankful that I was given the chance to participate in the said orientation and I promise to share the knowledge I have learned. This topic is very engaging and informative for students and youth like us.”

“There are a lot of activities and strategies that we can use in teaching. All parts are good and can be applied not only in teaching but in real life,” said Jojo Olavario, a teacher at Magat Salamat Elementary School.

It is Smashed Philippines’ goal to be able to integrate alcohol education in formal education.

There are plans to adopt more immersive and interactive workshops for teenagers, with face-to-face sessions being planned for schools located in the NCR and online workshops for non-NCR schools. Four partner schools will also be selected to participate in a live theater-in-education performance of Smashed—”Prevention of Underage Drinking.”

A webinar series on alcohol education will also be held, along with online promos and mini games on Facebook, Instagram and TikTok. There will also be essay writing and video making contests happening in March and April 2023.

Through all of these initiatives, Smashed hopes to be able to stress the role that young people play in making positive choices and empowered decisions. —CONTRIBUTED