How the pandemic made this Pinay write a Harlequin romance | Lifestyle.INQ ❮ ❯ 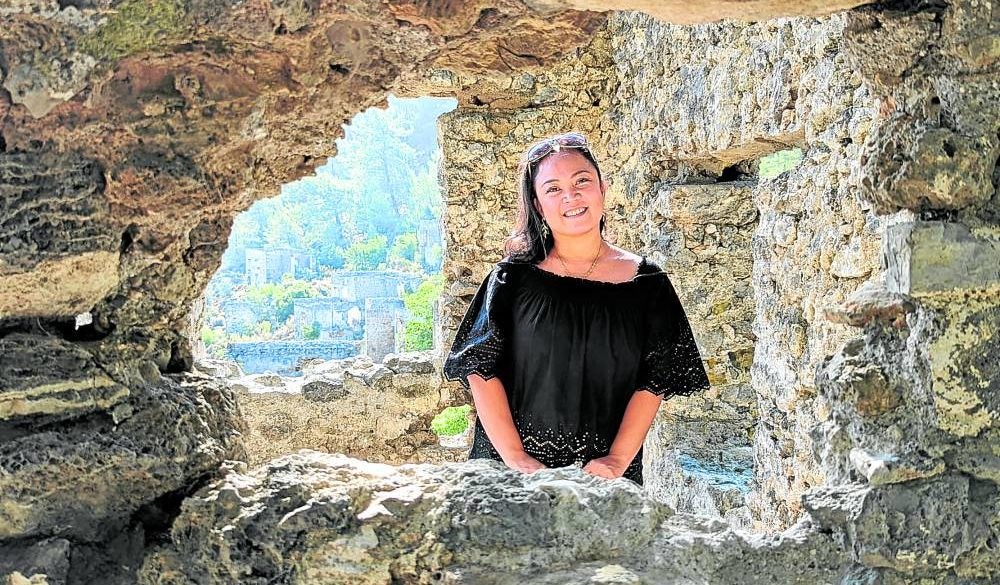 How the pandemic made this Pinay write a Harlequin romance

While the rest of the world coped with the pandemic with mountains of baked goods, pots of Monsteras and feeds full of TikTok videos, Malaysia-based Filipina Paulia Belgado came out with her first novel.

Published by Harlequin/Mills & Boon, “May the Best Duke Win” takes us to the Industrial Revolution when American heiress Kate Mason comes to terms with the fact that despite her brilliance in engineering, she is still just a woman, useful only as a cog in her shrewd business magnate father’s machine—a means to getting Mason Railroad & Locomotives’ foot in the English door.

The idea, of course, is to bag a titled husband and use his influence to gain support in Parliament (or else).

But which titled gentleman?

The handsome Edward Philipps, Duke of Seagrave, a dullard who could use Kate’s money, seems to be the perfect candidate for her purposes. She is, after all, only looking for a means to an end—not love (or so she keeps telling herself).

But what about the other handsome duke, Sebastian Wakefield—the one with a head for math and who brought his estate back from ruin with his own hands after his wastrel father’s shameful death? Well, the Duke of Mabury isn’t even looking to marry (or so he keeps telling himself).

Let’s face it, there doesn’t seem to be much of a contest between the two dukes in question. But our not-lovebirds are as stubborn as they are smart: clinging to their chosen misshapen pieces to fix their own broken futures, even if it means molding themselves around them to try to make it work. All the while, the correct component is within reach all along.

‘Escape from the pandemic’

But that’s the thing: It’s hard to think of love being the solution when, empirically, it seems so much like a problem instead.

Reading Kate and Sebastian’s love affair unfold feels like standing in front of a machine, chin on fist, wondering why it’s not working when all the parts seem to fit together. Only upon closer inspection and after rummaging through the tool box does it become clear that things aren’t as simple as they seem.

After all, fear and trauma seldom are.

Written as an “escape from the pandemic,” the premise for “May the Best Duke Win”—with what executive editor Bryony Green described as its unusual characters and Belgado’s lively writing style—intrigued the Harlequin/Mills & Boon Historical team during a “Historical Romance Includes You” pitch event.

The romance publishing giant picked it up and signed Belgado with a two-book deal.

So while Belgado spent 2020 reading historical romance to “cope with the anxiety, loneliness and grief around that time by transporting me to a different time and place,” when 2021 came around and Malaysia imposed another big lockdown, historical romance helped her cope once again—except this time, she was actually, finally writing one.

It took quite a lot of research to flesh out “May the Best Duke Win.” More than the fashion of the time, which she said was the easy part, Belgado had to dig into the scientific and historical context for the engineering elements of her story, even having to extrapolate information and do her own computations at times.

“For example, for a short sentence like ‘It took them four hours to reach their destination,’” Belgado said, “I had to research what kind of transportation they might have used in 1842, how many miles there were between the two destinations, and then how fast that mode of transport went considering the road conditions, etc.”

Her efforts paid off as Belgado deftly wove those explanations—from the ways of the ton to engineering matters—into the narrative.

It was important for her to create a story the audience could immerse themselves in and believe to be real because she herself considers excellent world building to be the mark of a good read.

With that in mind, she threw herself into studying the historical and engineering aspects of the story (or as much as she could given that she adopted a toy poodle named Jessie at around the same time). She even had to change an entire scene from her original plan because it turns out, the technology had yet to exist at the time.

But why, in particular, a historical romance set in the Industrial Revolution?

Belgado said simply, “Why not?”

Through the years, she has been exposed to a lot of documentaries and books about the Industrial Revolution, even having visited some of the industrialists’ homes and museums in her travels.

“Rockefeller, Astor, Carnegie, Vanderbilt—these are all the names you hear about when you think of the rapid progress made during the 19th century. These are supposedly the ‘men who made the world.’ However, you don’t hear much about the women, right? There were a lot of women who contributed in their own way, but were never really given the spotlight.

“I wouldn’t say that my book sheds light on them (except maybe in the author’s note in the beginning), but if it does make readers think about these women and perhaps even the women whose names and contributions were lost because they were never written down, then that would make me incredibly happy.”

While she conceded that getting into the voice of a culture and time entirely separate from her own was difficult, she likewise acknowledged that it is a challenge for writers in general.

“Writing romance is about giving readers a rich, vivid story and taking them on a satisfying emotional journey. If I’m able to do that well (and I hope I did), then my culture, background and identity shouldn’t matter,” she said.

That aside, Belgado didn’t use a pseudonym for her debut as an internationally published romance author, opting to use her own name instead.

“For me, it was super important to use my last name,” she said. “My dad has always been so proud of my writing accomplishments. I want him to see his last name printed on the cover.” INQ

“May the Best Duke Win” is available at linktr.ee/pauliabelgado. Belgado’s second book comes out in March 2023.