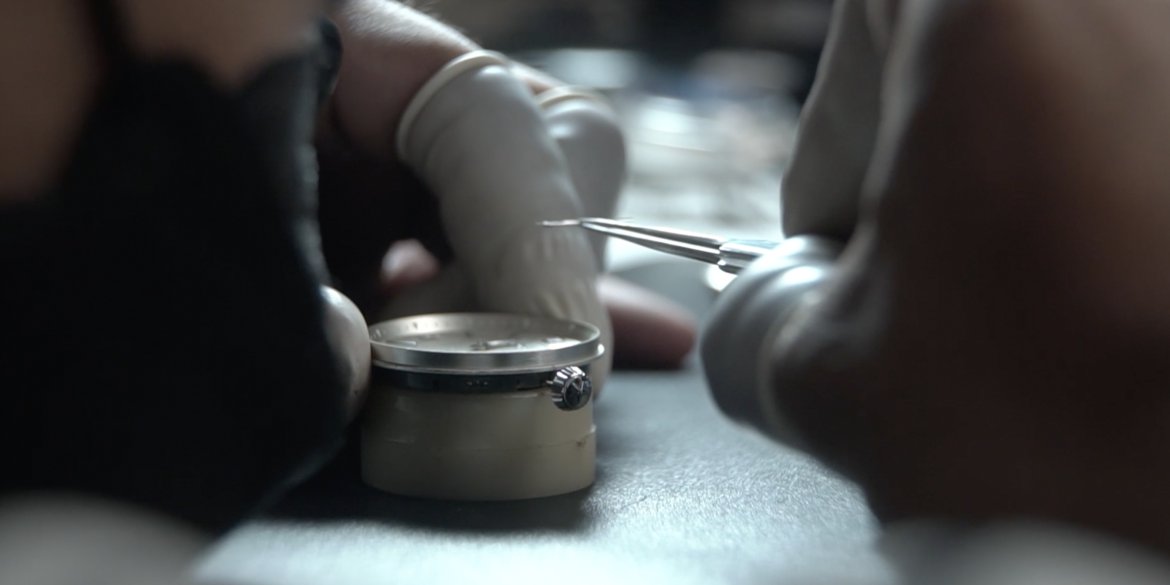 A small team of five watch enthusiasts came together at the height of the pandemic to do what many can only dream of. Rather than sit back and appreciate what they loved from a distance, they went ahead and decided to create their very own timepiece that consists of everything they loved in a watch. What resulted is Argos, a local Filipino watch microbrand, which is a love letter of a couple of aficionados to the country’s growing industry. Merging elegance with functionality, they strive to equip others with a piece that they can bring anywhere without worry, their companions to last a lifetime.

Making it OUR Time

Their tagline ‘Make it your time’ is the central idea that Argos is built upon. It came from realizing that people in most cases consider buying a watch a huge purchase that oftentimes accompanies their achieved milestones. Instead, rather than solely picking out a timepiece for a birthday, a reward, or any momentous occasion, they want watches to be an option for anything. As the team says, “we celebrate the wearer as they try to make it their time” and that comes with making these more affordable to the local market and providing them with something that they can purchase and use simply because they wanted to.

In Greek mythology, Argos is Odysseus’ dog in Homer’s classical text “The Odyssey.” Inspired by this, they sought to mimic the long-lasting fellowship this dog had brought their partner through their very own watches. In reaching this goal then the durability of their products had to be unquestionable. Luckily, Ivan Soberano, the founder of Argos, was a huge fan of G-Shocks. And in wanting a more elegant version that he could proudly wear without fear of damaging it, came Argos, the manifestation of aesthetic and practicality with an item that typically has to choose between the two.

Argos however is not just about celebrating the wearer. In a yet-to-be-developed industry, local watchmakers and artisans are at center stage with them. While parts are sourced and manufactured internationally, designs are drafted by the team and the models are assembled locally by partner craftsmen. It is Argos’ goal to show the world that they can create beautiful products by leveraging Filipino craftsmanship. 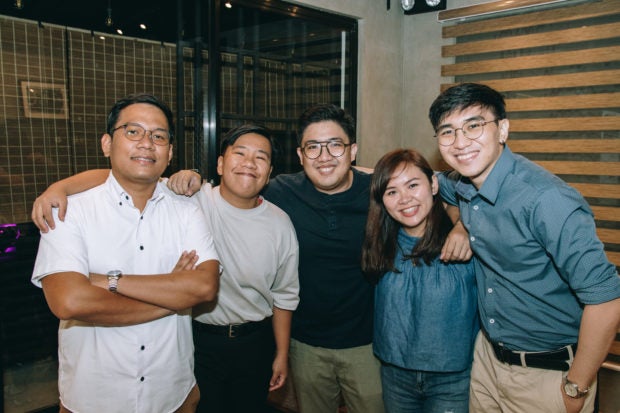 The Journey to Argos

The path to where Argos currently is was no easy one. As a start-up led by a 5 man team of watch enthusiasts—not experts—what could go wrong? Officially launched in April 2022, much of the preparation for their debut was done at the height of the pandemic. The team confesses that it was a pretty crazy idea to start a business at a time when everyone had their own priorities to attend to, however, it was truly their passion that led them to pursue it. They faced and surpassed a few challenges along the way but when they first held their initial prototype they felt that what they were doing was achievable and truly the right thing after all. 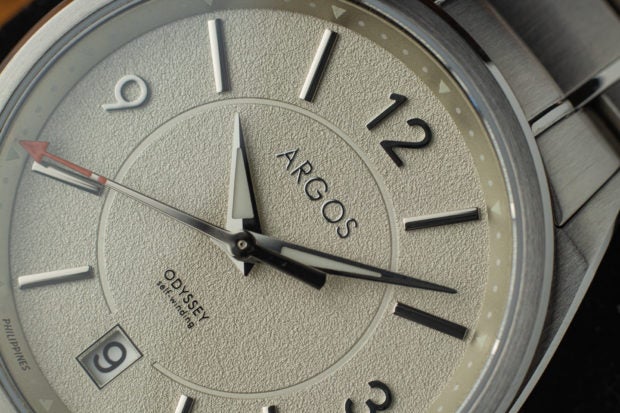 Capping off the arduous journey is their flagship model, “The Odyssey”. Serving as their introduction to the world of watches, the model is a perfect representation of what Argos truly is. The piece makes use of a reliable Japanese NH35A automatic movement with a clear case back that allows wearers to appreciate the level of engineering that goes on in the tiny machine. The case is made out of 316L stainless steel and is given a brushed finish that hides accumulated damage and adds to its overall character. Furthermore, wearers don’t have to worry about accidentally bumping their watch due to the sapphire glass used as its crystal. The timepiece is 38mm in diameter and is the perfect size for both men and women. The Odyssey comes in two colorways, cream and blue, and is in a limited release coming with only 100 pieces per color. Staying true to the Greek mythology influence, the piece for the team is representative of their own experiences. “We want the wearer to bring the watch into their very own Odyssey, and the watch is symbolic of our own which we’re very proud of.”

There is a lot to be excited about in the future of Argos. With intentions of exploring other designs and international expansion, the sky’s the limit for this newcomer. However, despite the challenges that these would bring, Argos is used to adversity and welcomes it with open arms. As they say: “We did not get here just to get here. We have a long way to go.”