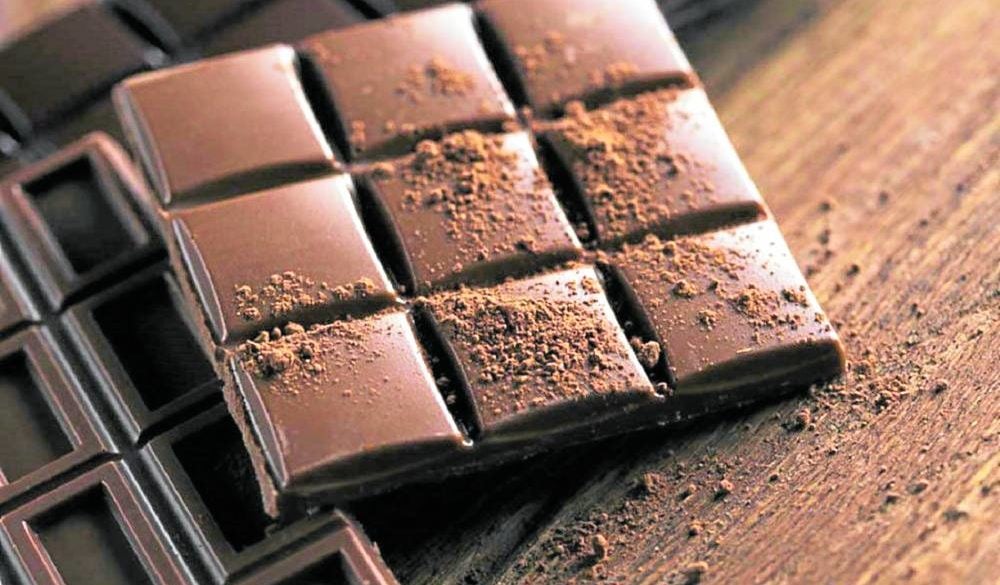 Dark chocolate contains more cocoa, which is abundant in biologically active phenolic compounds that help offset inflammation and oxidative stress in the cells of the body.

After one of our snack breaks in the clinic, a patient saw the empty foil of a dark chocolate bar behind our desk, and she teased us, “You’re so unfair, Doc. You tell us to avoid sweets but you’re eating chocolates!”

We showed her the foil and explained that dark chocolate, not the more common sweetened milk chocolate, is an exception. It sounds counterintuitive, but dark chocolates and the moderate indulgence in them may be good for one’s health. Specifically, it can reduce the risk of developing heart disease, stroke and early mental or cognitive decline. We have to stress the “moderate indulgence,” since in excess, it may also be bad.

Chocolates, in general, have earned the bad reputation for causing weight gain and metabolic problems like diabetes and hypercholesterolemia. But one need not worry nor feel guilty when eating a piece of dark chocolate. It can be both a delicious and healthful treat.

Dark chocolate contains more cocoa, which is abundant in biologically active phenolic compounds. They help offset inflammation and oxidative stress in the cells of the body. In effect, they can help retard atherosclerosis, which is the slow, insidious process by which the arteries get clogged leading to organ dysfunction. This is especially true for the heart, brain, kidneys and other vital organs.

Cocoa is basically the source of chocolate’s benefits, and so, the more the cocoa content as in dark chocolates, the more are the likely health benefits. Dark chocolates also contain less fat and sugar, so they don’t taste as good as the regular sweetened milk chocolate, but just think of the benefits you can derive from them. Always check the label to see if it has more cocoa, and less fat and sugar.

Because of its anti-inflammatory and antioxidant effects, cocoa in dark chocolate has been shown to lower the risk of cardiovascular disease and stroke. In a study presented in the European Society of Cardiology scientific sessions and published in the British Medical Journal, British investigators reported that chocolate lovers had a 37-percent lower risk of cardiovascular disease and a 29-percent lower risk of stroke compared with individuals who rarely ate chocolate.

However, in a media interview, Dr. Adriana Buitrago-Lopez (University of Cambridge, United Kingdom) and colleagues stressed that all types of chocolates, in general, have to be taken in moderation and warned about the possible adverse effects of excessive intake. Sweetened chocolate products may contain too many calories and can possibly lead to being overweight and obesity.

“Although overconsumption can have harmful effects, the existing studies generally agree on a potential beneficial association of chocolate consumption with a lower risk of cardiometabolic disorders,” the study authors stated. “Our findings confirm this, and we found that higher levels of chocolate consumption might be associated with a one-third reduction in the risk of developing cardiovascular disease.”

The authors attributed the favorable effects to the high content of polyphenols present in cocoa products. Polyphenols are substances that can enhance the body’s production of nitric oxide, which dilates the blood vessels and enhances the integrity of the arteries. By doing so, the progressive narrowing of the arteries, called atherosclerosis, is markedly slowed down. Medical science labels this benefit as an enhancement in endothelial function.

But aside from this, the polyphenols in chocolates can also prevent the clotting of blood inside arteries by reducing the stickiness of some blood elements, such as the platelets. Chocolates also have beneficial effects on the blood pressure.

Paradoxical as it may sound, the polyphenols in chocolates may also help regulate the secretion of insulin and help control blood sugar and cholesterol levels. So, contrary to what many believe, moderate chocolate intake may actually help prevent diabetes. It’s fair to assume, though, that dark chocolates would be more beneficial.

However, in their pooled analysis (meta-analysis) of seven studies, overall chocolate consumption was recorded and analyzed without distinguishing between dark and milk or white chocolate. Chocolate in any form was included. Asians were included in one of the studies in the analysis.

This study actually validates similar findings of previous meta-analyses and other studies in different populations suggesting a relationship between chocolate or cocoa consumption and heart diseases with metabolic disorders in the body.

Another promising potential benefit of cocoa is that it may help prevent mental decline and dementia in the elderly. Based on a study, researchers from the Harvard Medical School have suggested that consuming cocoa regularly from chocolate drinks or dark chocolate bars could help maintain normal brain function and reduce memory decline in the elderly. This was because of the improvement of the circulation to key areas of the brain.

Dr. Farzaneh Sorond, the study’s lead author, explained: “As different areas of the brain need more energy to complete their tasks, they also need greater blood flow. This relationship, called neurovascular coupling, may play an important role in diseases such as Alzheimer’s (disease).”

An earlier study, published in 2014, indicated that lavado, washed or fermented cacao, helps preserve integrity of nerve pathways, which could retard symptoms of cognitive decline. Other authors suggest that even just once-a-week consumption of cocoa may stave off early mental decline.

It’s well known that chocolates are good energy boosters. It can help enhance athletic performance. In a study published in the Journal of the International Society of Sports Nutrition, the authors suggested that even small amounts of dark chocolate might boost oxygen levels during fitness training.

Researchers in the United Kingdom also studied the performance of cyclists doing time trials and found that after eating dark chocolate, “the riders used less oxygen when cycling at a moderate pace and also covered more distance in a two-minute flat-out time trial.” They also attributed this to the blood-vessel dilating effects of the polyphenols in chocolate. The study also showed that beetroot juice has a similar effect.

So, adding chocolates to your dessert plate may not be such a bad idea. It’s not a “sinful” indulgence that you must feel guilty about.