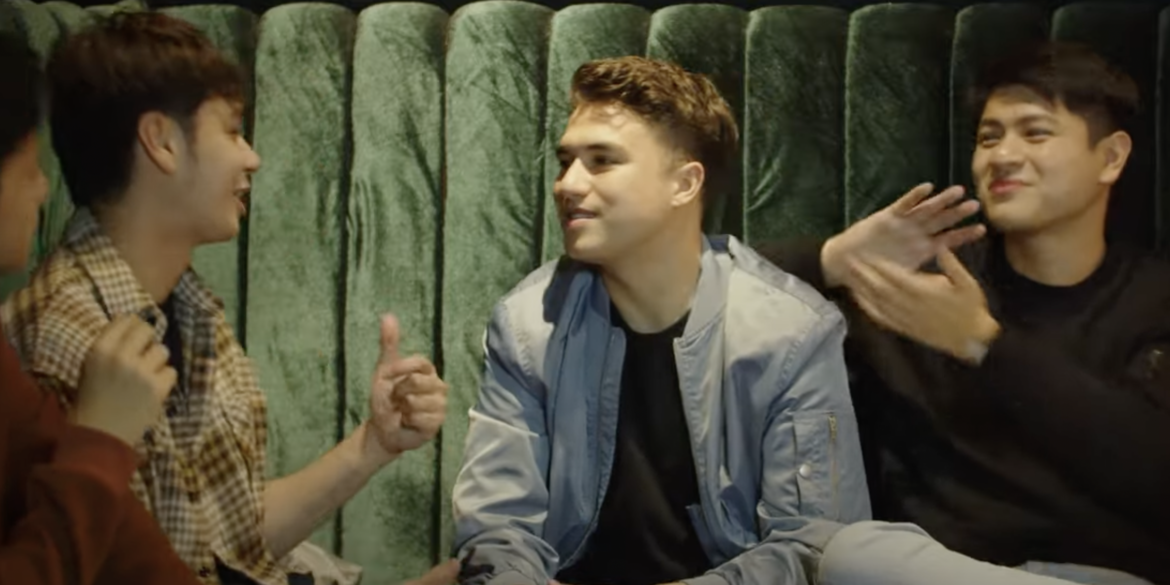 Actor Markus Paterson revealed his “first time” experience with a girl in the second episode of the “Boys After Dark” vlog, entitled “All about the ‘Firsts’ and the Art of Moving,” which streamed via the Rise Artists Studio YouTube channel on Sept. 10.

As the conversation about first love went on, Paterson shared that he was in a relationship for three years back in England.

“High school love, three years,” he said. He and his girlfriend broke up when he returned to the Philippines.

Paterson also admitted that he falls for morena type of girls.

(For me, my type is a dark-skinned island girl. My British ex-girlfriend had blonde hair and blue eyes. But she is Greek, so she is tanned.)

Somebody then asked Paterson if he had dated an Australian girlfriend before. Surprised, he answered, “Meron din. Paano mo nalaman?” (Yes. How did you know?)

When someone asked when was the time he lost his virginity, Paterson said it was nine years ago.

“Sa first love ko sa U.K.,” he said. (With my first love in the United Kingdom.)

Markus Paterson on lessons from past relationships: ‘Never f*cking date someone in the industry’

Janella Salvador reveals she’s a single mom: ‘I can rely on myself’