How my husband became my twin | Lifestyle.INQ ❮ ❯ 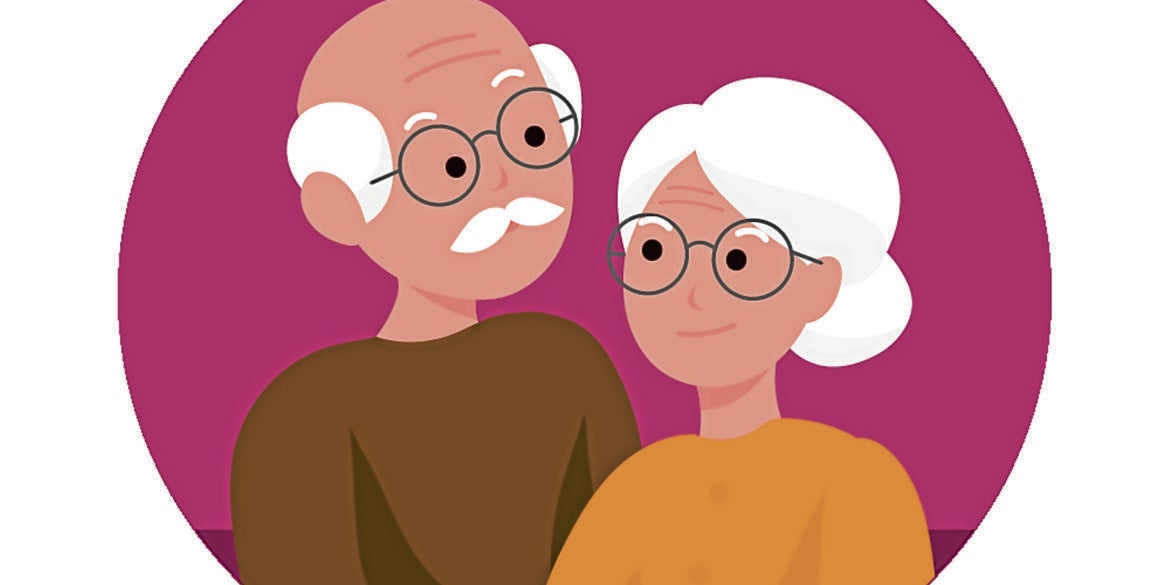 How my husband became my twin

My husband and I had our pictures taken for a visa application. Going first, Vergel was directed: seated, looking straight at the camera, specs off and lips closed. Then, my turn; same instructions: comb back those wispy platinum bangs to expose narrow forehead and long-life ears, and no smile, which doesn’t come naturally to me—I almost automatically try to smile my best whenever I see a camera.

We were both shown our shots on the back screen of the camera, and how uncanny: We looked like twins!

I kidded him that it was quite a slide-down for me, although a huge improvement for him. The short white hair framing our faces was the deciding denominator. How could it have happened without us noticing? Vergel and I could not have looked more different from each other, even the last time we bothered to look. But I’ve heard the observation often enough that couples, after many years of wedlock, do end up looking alike, especially couples of the same race, culture, values and diet, and those who tend to borrow facial expressions from each other. The point is sometimes taken to suggest the quality of the relationship: If couples end up looking alike, theirs must have been a happy marriage.

I’d like to think, of course, that it’s true in our case. But there’s absolutely no scientific basis to support the theory. My theory should be more realistic: It’s not just about growing old together; it’s plain and simple growing old. As eyelids droop, facial lines appear and deepen, some molars go (after cracking on almonds, as in my case) and cheeks sag, we naturally lose the look we once had. The white hair only completes the transformation. Observe pictures of older people and you might detect a kind of generational bond.

Time spares no one

I used to smile at pretty women whether I knew them or not, and they always smiled back. Now, I take a good look at older women to check if I might know them; chances are I do. Some have aged beyond recognition, although others still have traces of their old youthful selves. Time simply spares no one.

Liz Taylor herself was difficult to put together again after she had aged and gained weight. But, despite becoming sickly, she remained attractive. Her gutsiness and generosity, traits often mentioned about her, surely must have made up for what she lost in looks.

Some have held up better than others, for sure, like voluptuous Sophia Loren or ever fashion model slim Audrey Hepburn. With them, it helped that they didn’t retouch their faces or let their figures go. But, more than anything else, it must have been their fulfilled lives that allowed them to keep that ageless glow.

One has to accept old age without letting go of looking good for oneself and one’s husband. I am myself thinking of dyeing my hair again. It’s hard to get used to my white hair; even I get shocked sometimes. Besides, my granddaughter told me, “Before you looked 60, now you look 90!” And that’s from the mouth of babes.

There are, of course, consolations for couples who have aged together—the accumulated love and affection that create a thin veil over our lenses and soften the sight of the ravages of time. Fortunately, the lenses themselves blur with age and become more focused on each other’s inner qualities. Selective, longer term, happy memories help, too. Without all that, it would be almost disastrous for any relationship to go through old age, trying enough as it is by itself.

Grow old with me

That’s why divorces happen decades into a marriage. My husband told me, when old age was nowhere to be spotted yet, that he wanted to grow old with me. I can’t think of a nicer thing to say. Indeed, I can’t imagine anything more tragic than growing old with someone who didn’t love me in that way.

By now, thank God, our lives are rich with memories of the way we were and the things we did together. Despite the sad truth that we’ve become jokes of our old selves, the beauty of it all is we’re laughing together at ourselves. My dad, in his late 80s, would sometimes suddenly chuckle by himself, and when I asked what was so funny, he’d say, “Me, kiddo! If you ever doubt God has a sense of humor, grow old.” I’m beginning to have those chuckles myself.

I may forget whether I took my pills already this morning, but I remember, at any given time, how I was inexplicably struck when Vergel and I first met and how that felt like. Luckily for me, he was similarly struck, too. He remembers every detail, the dress and shoes I wore, my hair. Sure, I don’t remember myself, but I remember the old feeling.

Only the other day, at a lunch date after a doctor’s appointment, which has become regular—we’re hardly ever by ourselves; a granddaughter, in fact, shares our room—I realized how old we had become. I looked at him, a fit 76, and told him I still felt the same excitement in his company as when we dated. Never one to blurt out such matters, I must have taken him by surprise—my twin blushed!