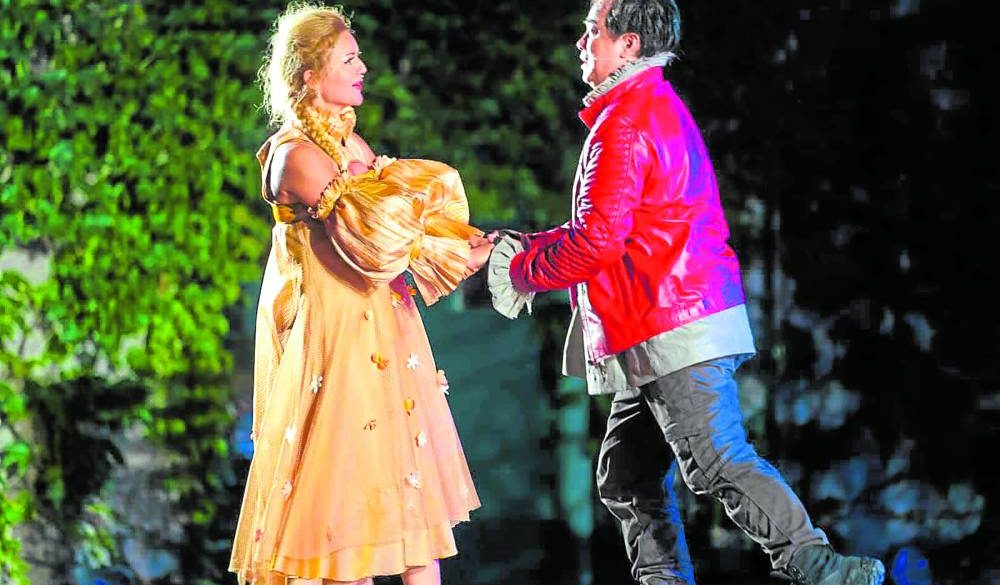 Arthur Espiritu as Romeo in Varna

Internationally acclaimed Filipino tenor Arthur Espiritu has scored triumphs in his debut at the Concertgebouw in Amsterdam, has wrapped up the remaining engagements for “Lucia di Lammermoor” at Opera Leipzig as Edgardo, and sang Roberto of Leicester in Donizetti’s “Maria Stuarda” with Irish National Opera in Ireland.

The crowning moment was his debut at the Varna State Opera Summer Festival in Bulgaria, as Romeo in Gounod’s “Romeo et Juliette.”

Espiritu, with clarinetist Andrew Constantino and pianist GJ Frias, is all set for special performances on Oct. 17, 6 p.m., the Manila Pianos in Makati City, and at the performing arts hall of the University of the Philippines Visayas in Iloilo City on Oct. 20, 4 p.m. This is the first time the tenor will be heard outside of Metro Manila.

He remains actively in Europe while coping with threats of COVID-19. “Quite recently, people have been learning how to live with it. With vaccines and declining figures in hospitalization and death from the virus, people are more optimistic. There is no other way but to face it head on and just deal with it as it goes. I have been asked to jump into several productions because some people have been testing positive and had to cancel.”

Every country has different rules and regulations, and he abides by them to keep him performing.

“I still am very scared because the probability is quite high. Working with orchestra, chorus, directors, staff, stage hands, hair and makeup people and assorted managers within the same building is quite scary. Sometimes I get email and phone calls that one of the people in the building had tested positive and had to be replaced by someone else. You hope that it won’t be you, but you have to be ready for that inevitability. You put yourself at risk every time you go out there. I have no other choice but to do it. It is my livelihood.”

But the big bonus is working with excellent singers and conductors in different opera houses.

Among his leading ladies, he singles out Tara Erraught as Maria Stuarda as one of the most interesting. “She is very sure of what she is doing and has a good idea of where she wants to go as an actress, besides being a super talented and versatile singer.”

For now, it is family time for the tenor until October. “Besides studying for coming engagements, I am now trying to make up for lost time with my family, the kids especially. They, of course, will ask, ‘Why do you have to leave all the time?’ And my heart skips a beat. There really isn’t any magic pill to make them forget the times they have without you. All you can hope for is that you are there with them when the time permits. Missing them while I’m away has been so hard for me. And I’m sure it’s so much harder for the kids. That time you spent away, you cannot bring it back or even turn back the hands of time.”

For inquiries on the tenor’s Manila Pianos and UP Visayas Iloilo engagements, call tel. 0906-5104270.