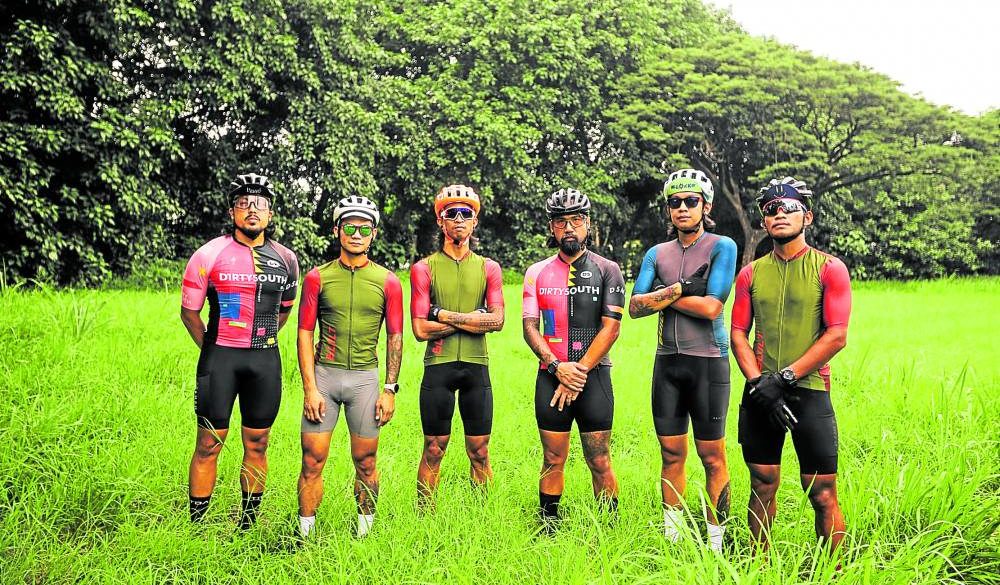 Pinoy bikers set to compete in gravel race in Italy

They were among those who joined the qualifying round held last April in Bongabon, Nueva Ecija. Around 300 racers participated, but only the top 25 percent had the option to join the first gravel championships that will start in Vicenza, Italy, and pass through Padova before arriving in the municipality of Cittadella.“We know each other because we’re members of Manila Fixed Gear or any of the other groups that puts bicycles together,” Ronquillo told Lifestyle.

The pandemic affected their jobs—there were no social events—which allowed them to focus on their hobby. “We didn’t compete, we really just biked for pleasure.”

Despite this, they still managed to qualify for the championship in Italy. Next, they had to raise funds for their visa applications, tickets, food and lodging. They staged a concert and designed and sold special merchandise. All the proceeds were earmarked for their trip.

They’ve been training whenever they can, on their own and on weekends as a team. According to the official UCI website, three-fourths of the courses will be made up of typical Italian white gravel and cobbled sections. The remaining quarter will be asphalted roads.

There will be two climbs totaling 3 kilometers in the first 20 km, one on gravel and one on asphalt, with gradients of around 10 percent. Cyclists will get to take in many important cultural sites in the region, including the medieval walled city of Cittadella, located 25 km northeast of Vicenza and which will host the finish.

The women (Women Elite and all age categories) and the men in the 50+ age categories will compete on Oct. 8 on a course of 140 km with 700 meters of ascent. The Men Elite will compete on Sunday over 190 km with 800 m of ascent—the same course as the women, plus two laps of 25 km. Men in the age groups 19-49 years will also race on Sunday, completing one extra lap for a total distance of 165 km.

In a statement, UCI president David Lappartient said, “Gravel is booming and is part of the unprecedented development that cycling has been undergoing for several years, particularly in its off-road variants. This development also shows the population’s desire for nature and its growing awareness of the issue of sustainable development. It also shows the dynamism of our increasingly popular sport.”

Originating in the US Midwest 15 years ago, gravel racing has grown in popularity. It is popular with riders seeking new challenges, since it combines elements of road and mountain bike races, and takes place mainly on unsealed roads (gravel, forest tracks, farm roads, cobbles).

Ronquillo said that biking on gravel is tricky, as the stones move and are easily dislodged. But he is looking forward to the competition not just because it’s the first of its kind being held and a team from the Philippines is participating.

“For a cyclist, that’s already a big thing. We’ll be part of history, but we’ll also be biking with international cyclists whom we look up to,” he said.

With just days left before their scheduled trip, he remains hopeful all of them get the chance to represent the Philippines in this landmark competition.