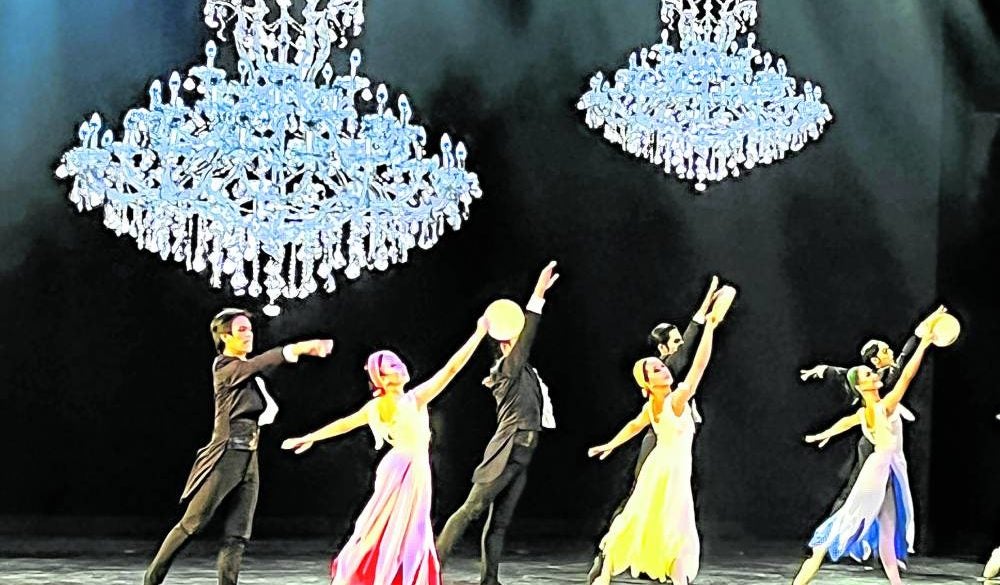 Resurrection: Ballet Manila’s delayed 25th season is back on

With more than two heartbreaking years of the pandemic, the curtains finally rise on Ballet Manila (BM) at the newly renovated Aliw Theater.

“After losing the theater, the chance to perform and some dancers, there’s nowhere to go but up,” says the resolute Lisa Macuja-Elizalde, BM’s CEO and artistic director.

The challenges started on Oct. 2, 2019, the eve of Macuja-Elizalde’s birthday. A fire destroyed Star City Complex, including some parts of Aliw Theater. The force majeure event put a damper on Macuja-Elizalde’s tradition of presenting a big show around her natal day.

The reopening of the new Aliw Theater heralds BM’s performance cycle which consists of Macuja-Elizalde’s birthday to-do, the Christmas show and BM’s regular season. On Oct. 7 and Oct. 9, BM will present “Rise!” the twin-bill program of “La Traviata” and “Ballet and Ballads.” Macuja-Elizalde explains that the playdates were set not to coincide with dance shows at the Cultural Center of the Philippines.

Two decades since its inception, the Aliw Theater finally received a much-needed face-lift. In the past, producers found the 2,358-capacity hall too big. Terry Abad, chief of staff of Ballet Manila, recommended the revamp of Aliw into a high-volume, high-use structure.

J. Tuason Architectural Services, a specialist in commercial design, reconfigured the site, which now consists of the Elizalde Hall for meetings and conferences, The Custom Space for special events and the flagship, a scaled-down Aliw Theater. The entire structure is named Elizalde Complex after the benefactor, Fred Elizalde, chair of FJE Group of Companies and his Manila Broadcasting Company. Lisa’s additional title is vice president of theaters of Star Parks Corporation.

Since the soft opening in August, former clients have booked the theater and used the adjoining venues for breakout spaces. Foreign producers were amazed at the state-of-the-art lighting, sound engineering and back of house (technical services). It was Fred’s idea to bring in a giant LED screen which can provide sharp visibility to a wide range of scenes, and an orchestra pit.

In the lobby, the pièce de résistance is a rare mural by French designer Le Corbusier, acquired by Macuja-Elizalde decades ago.

Aliw Theater’s audience capacity has been trimmed down to 1,275, 200 of which are removable seats that can make space for an orchestra pit. The audience will witness the flexibility of this venue when musical director/conductor Gerard Salonga wields the baton on a 50-piece live orchestra in “La Traviata/Ballet and Ballads.”

Macuja-Elizalde’s “La Traviata” is a 15-minute ballet about a tragic romance between Violetta, a courtesan, and Alfredo Germont, a bourgeoisie. It was set to have a complement of opera singers under the direction of tenor Andrew Fernando. However, last Aug. 23, the 52-year-old Fernando died of a heart attack. Nonetheless, the cast remains true to Fernando’s vision. While BM principals Abigail Oliveiro and Mark Sumaylo dance the lovers’ roles, Violetta will be sung by Jade Riccio, while Ivan Nery will perform Alfredo. Chris Arceo has taken over Fernando’s roles as Giorgio Germont, choirmaster and vocal coach.

“Ballet and Ballads,” BM’s annual offering of pop music and dance, will be headlined by Bituin Escalante. The opener, “Magsimula Ka,” with choreography by Gerardo Francisco, and the finale, “Rise Up,” with choreography by Martin Lawrance, are metaphors for the return of Aliw and of live performances. Meanwhile, Macuja-Elizalde has choreographed the musical arrangement of “Be My Lady.”

In November, Aliw Theater will host the Philstage Ball, a fund-raising event for the theater community, of which Macuja-Elizalde is the chairman. Titled “Back to the Stage,” it invites guests to view the backstage and partake of cocktails, watch the show and enjoy dinner at The Custom Space.

Macuja-Elizalde’s “Cinderella” highlights the Christmas season at Star City Complex. Then there’s the “Nutcraker” on Dec. 18, which will be performed by students of Lisa Macuja School of Ballet.

Avoiding competition for audiences, Macuja-Elizalde took a different tack with BM’s season. While the seasons of other dance companies will run from September to March, BM’s season will progress from February to August.

BM’s silver season was upended by the pandemic in 2020. After three years, the company will officially present its 25th anniversary season starting with Lawrance’s “Romeo and Juliet,” geared for the digital generation, on Feb. 18 and Feb. 19, 2023. The classic “Don Quixote” will present guest artists Katherine Barkman and Esteban Hernandez of the San Francisco Ballet on May 27 and May 28. The season will close with Francisco’s award-winning “Ibong Adarna” on Aug. 19 and Aug. 20.

Macuja-Elizalde admits that earlier this year, she still felt uncertain about the future of her company. Since Ballet Philippines (BP) needed dancers, it created the Guest Artist Program (GAP) which invited dancers from other companies to take classes and perform with them while they are still employed in their respective companies. It was likewise BP’s way of helping other companies that have been impacted by the pandemic.

BM’s homegrown talents Nicole Barroso and Rissa Mae Camaclang, who are under the GAP program, will be performing in October. “Ballet Philippines pays their salary through us,” says Macuja-Elizalde. On the other hand, she must seek permission from BP artistic director Mikhail Martynyuk to allow the BM dancers to perform with their home company.

“When their contract ends, they can come back to Ballet Manila if they choose to,” she says.

In the past, BM’s shows have focused on such optimistic themes such as “Silver Linings” and “Rise!” Now, Macuja-Elizalde is bringing delayed plans into fruition while staying safe.