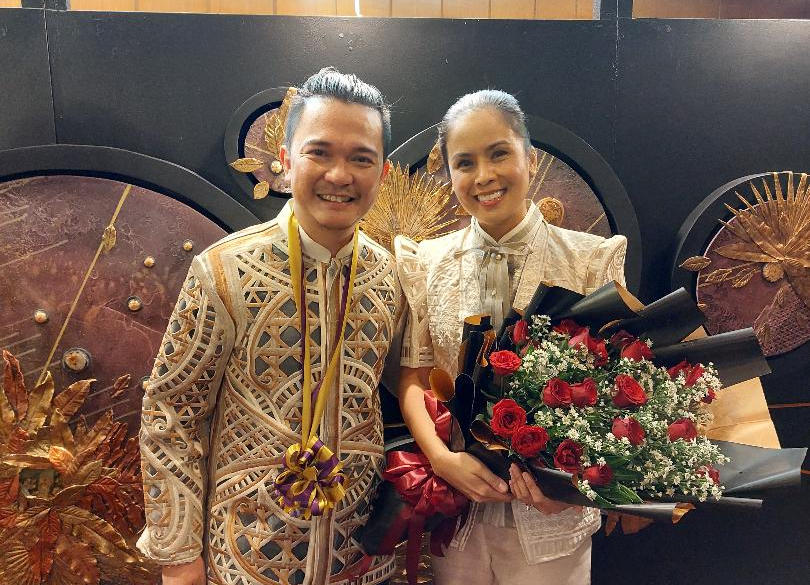 This resulted in the formal launching of “Kuwento ng Alon” exhibit at the main lobby of the Cultural Center of the Philippines last September 27.

For Lim, the collaboration was a dream come true as she was nourishing the idea of interpreting OPM (Original Pilipino Music) through painting. It all started when she was still working for PULP magazine. As a photographer, she was always assigned to cover music.

“Noong nagkausap kami ni Jonathan, hindi ko naman siya iniisip. Pero nong nag-share siya sa akin na sabi niya, ‘Kristine, alam mo ba na dream ko na isa sa mga music ko ay maging painting?’ Bumalik sa akin ‘yung memory na ‘yun. Dream ko rin ‘yun before, eh. Doon na nagsimula lahat,” she shared. (When Jonathan and I talked, I didn’t think about it. but when he shared and said, ‘Kristine, do you know that it was my dream that one of my music becomes a painting? The memory came back. It was also my dream before. That is where it al started.) 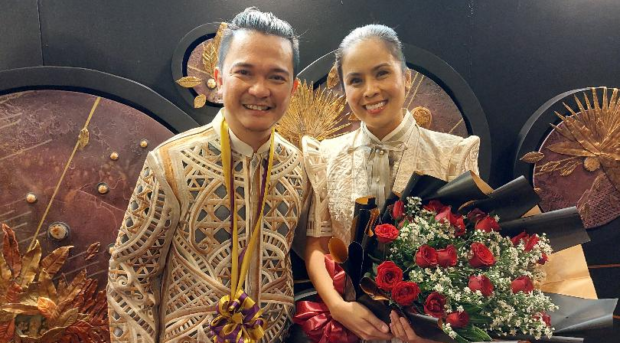 “‘Yun ang pinakamatagal na process but noong nandoon na ako sa zone na gagawin ko na siya ay mabilis naman siya,” she said. (That was the longest process but when I was in the zone that I am about to do it, it went faster.)

As a visual artist, Lim feels that all it takes to complete an art is to be in the mood and to work coming from your heart.

Music and visual art, Lim said were a tad different.

“Different kasi ang music hindi mo siya mahahawakan. (It’s different because you can’t touch music.) Visual arts is tangible. It’s there and it can last beyond your generation. It’s the same because it’s both creative. It comes from within and it’s both a powerful tool that can influence and inspire a lot of people,” she said.

The exhibit and the art book will also be held at several venues in the Philippines, and then, in Australia, Singapore, Malaysia, China, Japan, London, France, USA, Canada, Dubai; from October 2022 to October 2023.