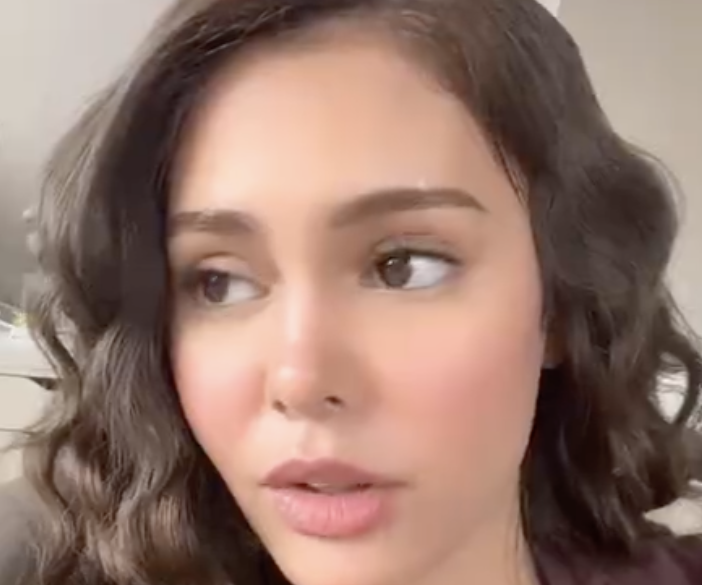 The star of “A Family Affair” aired her frustration on her Instagram page today in a short video of herself talking about her experience.

“Hi guys. So tinanggal ng Facebook ang page ko. (Facebook removed my page). No violations, no update kung bakit nila tinanggal (why they removed it). Bigla na lang ilang ni-remove. (They suddenly removed it.) Wala silang update sa akin. (They don’t have an update to me.) Sana maayos ito. (I hope it can be fixed),” Alawi said in the video.

Alawi then asked help from those who knew anyone from Facebook, saying she wasn’t the only one in this kind of predicament. She claimed that some of their friends also learned that their own Facebook accounts were removed for no apparent reason.

“My 19 Million Verified page disappeared with No Warning, No Violation, No Report and no email. A few hours later, my business page for @ivanaskinph also disappeared. It’s not a bug… No reports, No reason. Why??” she said on her post.

Alawi revealed she was talking to someone from the Meta/Facebook but to no avail as “they don’t know what happened or why pages have been disappearing.”

“There must be something deeper to this,” she lamented, asking why big pages are being targeted.

In exasperation, the actress ranted, “Is Facebook even safe for creators and influencers?”

Alawi claimed that fellow actress and content creator Zeinab Harake had also been “victimized” by the Facebook glitch, saying her verified account @zeinab_harake with 13M viewers was “removed without explanation, no warning, so solution.”

“It’s been almost a month since her page has disappeared and endless promises from facebook team to resolve her problem but still no update. No one knows what’s happening or when it will get resolved or what to do. Who knows how many more are experiencing this,” said Alawi.

“It’s really frustrating, sad and disappointing for those of us who really supported and pushed this platform for years,” she added. EDV

Ivana Alawi not in a rush to have boyfriend: ‘Nae-enjoy ko ‘yung pagiging single ko’