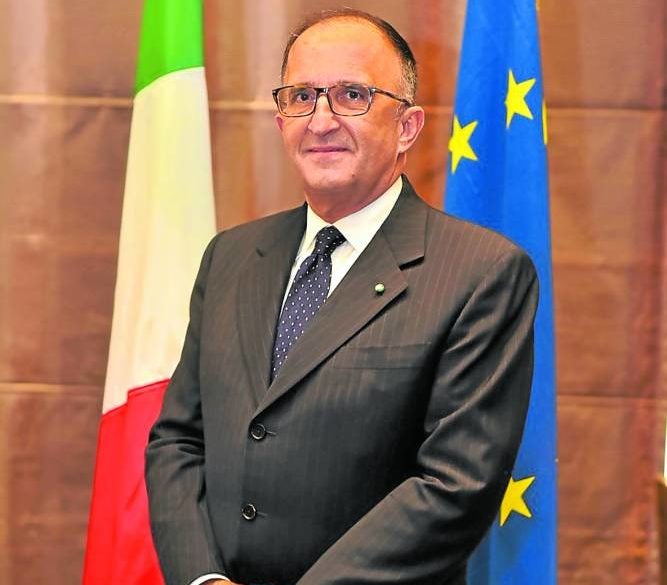 Italy Ambassador Marco Clemente, before his posting in Manila, served his country in Australia, Venezuela, South Africa (all as consul general), Armenia and Estonia (both as ambassador), throughout his 37-year diplomatic career.

Clemente, who has a degree in political science, is a Commendatore dell’Ordine del Merito della Repubblica Italiana (one of the highest awards given in Italy), is also fluent in English and Spanish, and is very keen on cultural diplomacy, which he hopes to develop also in the Philippines.
He is a passionate opera goer, a movie follower and an avid reader of classical literature and history books. He likes football and tennis.
He is married to Maria Rosaria, and they have a15-year-old son, Simone.
He thinks that the bilateral relationships between Italy and the Philippines are excellent in all contexts, thanks to a well-integrated and hardworking Filipino community in Italy. Filipino people are justly famous for their professionalism and dedication, he said.
On top of that, he said, the knowledge of the English language and the Latin legacy in the Filipino culture and way of life—elements that make the Philippines one of the easiest Asian countries to live and work for an Italian—are also an added value for anyone who wants to do business in the Philippines.
This year marks the 75th anniversary of the establishment of the diplomatic relationship between the Philippines and Italy. Now that the pandemic restrictions are steadily lifted, Clemente said it is realistic to foresee a further strengthening of our two countries’ relations, especially in the economic and trade sectors.
The initial phase of the pandemic hit hard the bilateral trade, which decreased 23 percent in 2020. However, adaptation measures worked well and in 2021, there was a rebound of +18.9 percent that has accelerated in the first three months of 2022 to a remarkable +35.2 percent. This proves the potential of growth arising from the complementarity of the two economies. —CONTRIBUTED