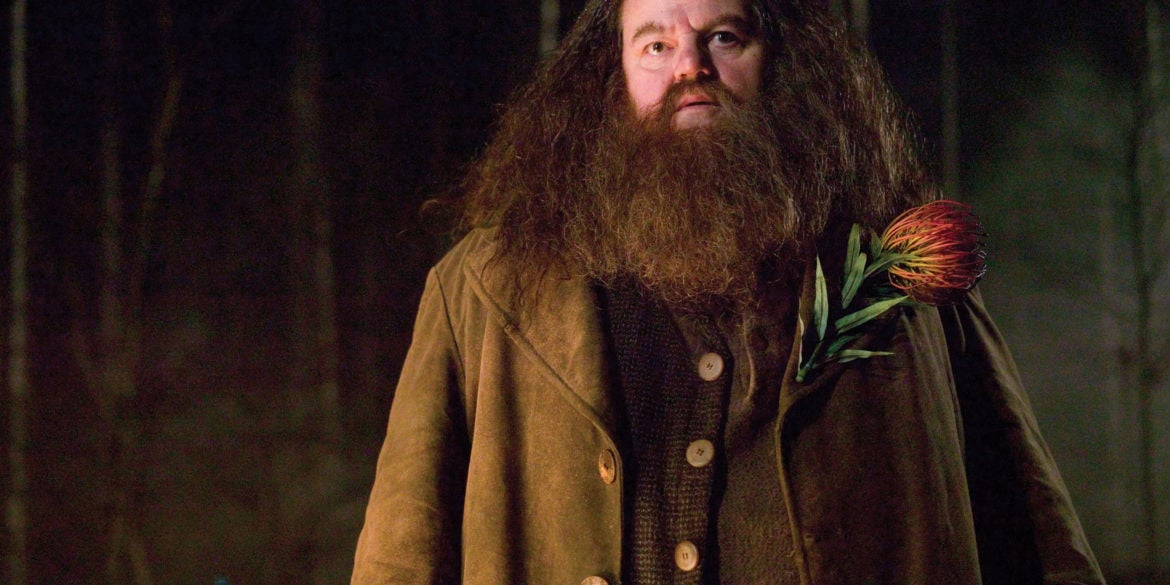 HARRY POTTER AND THE GOBLET OF FIRE BR / US 2005 ROBBIE COLTRANE as Hagrid PHOTOGRAPHS TO BE USED SOLELY FOR ADVERTISING PROMOTION PUBLICITY OR REVIEWS OF THIS SPECIFIC MOTION PICTURE AND TO REMAIN THE PROPERTY OF THE STUDIO. NOT FOR SALE OR REDISTRIBUTION Date 2005, Photo by: Mary Evans/WARNER BROS & J K ROWLING ¬©2005 Warner Bros. Entertainment/Ronald Grant/Everett Collection(10378839)

Robbie Coltrane, who played the role of the internationally-loved ‘Hagrid’ in all the Harry Potter films has died at 72.

Denying to give additional details out of respect for the family, his agent said that he passed away on Friday at a hospital in his native Scotland. He is also “survived by his sister Annie Rae, his children Spencer and Alice, and their mother Rhona Gemmell. They would like to thank the medical staff at Forth Valley Royal Hospital in Larbert for their care and diplomacy” she says.

Saddened by his passing, his co-stars from the Harry Potter film series have come out to express their love and adoration for the deeply departed.

Daniel Radcliffe shares, “Robbie was one of the funniest people I’ve met and used to keep us laughing constantly as kids on the set. I’ve especially fond memories of him keeping our spirits up on ‘Prisoner of Azkaban,’ when we were all hiding from the torrential rain for hours in Hagrid’s hut and he was telling stories and cracking jokes to keep morale up. I feel incredibly lucky that I got to meet and work with him and very sad that he’s passed. He was an incredible actor and a lovely man.”

Emma Watson in her Instagram stories shares “I’ll really miss your sweetness, your nickname, your warmth, your laughs, and your hugs. You made us a family. Know you were that to us.” I’ll never know anyone remotely like Robbie again. He was an incredible talent, a complete one off, and I was beyond fortunate to know him, work with him and laugh my head off with him. I send my love and deepest condolences to his family, above all his children. pic.twitter.com/tzpln8hD9z

Prior to reaching international success and making it into the hearts of children and other views across the globe, Coltrane was an already established actor. On his resume of appearances was “Tutti Frutti,” for which he earned his first best actor British Academy Television Award nomination. “Cracker,” a crime drama series that ran for three seasons from 1993-95. He also played a Russian crime boss in “GoldenEye” and “The World is Not Enough,” and Pip’s guardian Mr. Jaggers in a 2012 adaptation of Dickens’ “Great Expectations.”