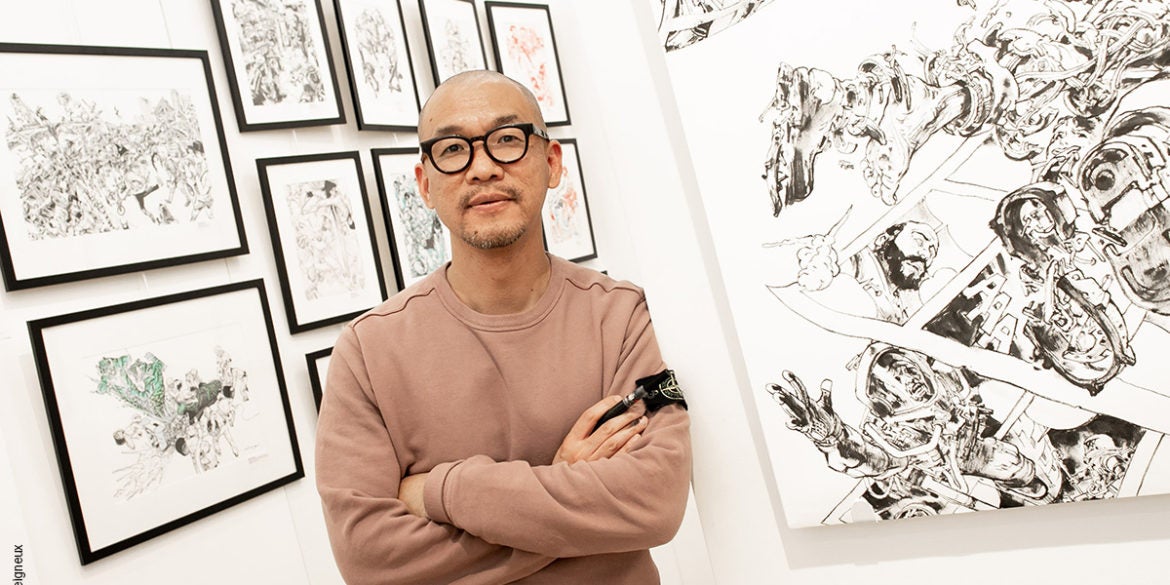 What Kim Jung Gi Meant to This Generation’s Artists

What makes a great artist?

I always thought it was about technical skills. Growing up with an interest in the arts, I loved to do anything that involved the left side of my brain. I dabbled into painting, sketching, arts and crafts, cooking, baking, scrapbooking, photography, writing — you name it.

So I considered myself a creative. I had the creativity for it, just not the skill. Later on, I narrowed down my interests to photography and writing. Some people know me as one or the other — a photographer or a writer. As I oscillate between these mediums, it doesn’t feel right to just be classified as one or the other, as I am both.

Like life and death joining humans together, we creatives have our own equalizer: the impostor syndrome.

My own version haunts me like this: I’m not who I claim to be, simply because I lack the technical knowledge for what I do. Do I take pictures? Yes. Do I know my camera and its every feature? No. Heck, software scares me. I question what photographer doesn’t know how to use PhotoShop, and disprove myself as I open up Canva on my laptop.

A post shared by Kim Jung Gi US (@kimjunggius)

I had never heard of Kim Jung Gi until his passing last week. His life, along with the end of it, reverberated its impact throughout the art world (I say ‘world’ literally, because of his immense international fanbase.) From my friends in the creative industry, to the fan artists I follow on Twitter, to the artists I look up to online, they all grieved his death. He had unexpectedly died of a heart attack prior to attending the New York Comic-Con. His last show was in the Galerie Daniel Maghen in Paris, as part of his tour.

A post shared by Kim Jung Gi US (@kimjunggius)

If you’ve never seen the man behind the artwork, you’d be surprised. His quiet demeanor is a stark contrast to his elaborate folio. On camera, he seems meek yet confident, clear with his words, but most expressive with his work.

The most astonishing thing about him was not only his creations, but his process. Illustrator Kim Sokol retweets a video of his live drawings, saying “I’m not sure if non-artists understand what a wizard he really was; this just… this isn’t how you draw. His work would be god-tier even if this wasn’t his process, but conjuring this from nothing, in pen, no underdrawing, is unreal.” In his live drawings, Kim Jung Gi would possess a singular black pen and a piece of paper and produce a masterpiece.

Kim Jung Gi was so phenomenal it was hard to believe anyone could do the things he did. Completely unreal he died so suddenly. He was only slightly older than me. pic.twitter.com/eI8vcxlfSE

Interviews with him as an artist help us imagine his process. In one video, he says, “Basically, my hand is following my brain.” I find myself awestruck. Here was an artist whose creativity lay in his genius, depending on nothing but his brain and his body. He was a maestro.

An illustrator friend of mine shared about his influence on her life — she started following him when she decided to take her art seriously and bought a brush pen to emulate him. He democratized what illustration meant to her, making her realize that all she needed was to get a pen and paper and just start.

Though it’s a shame that I wasn’t able to experience his vitality in my lifetime, I’ve come to meet a great artist whose – in the words of my friend– “work transcended his own being.” Though my encounter with him was through his passing, he’s already taught me a lesson.

All an artist really needs is intuition, interpretation, and imagination.