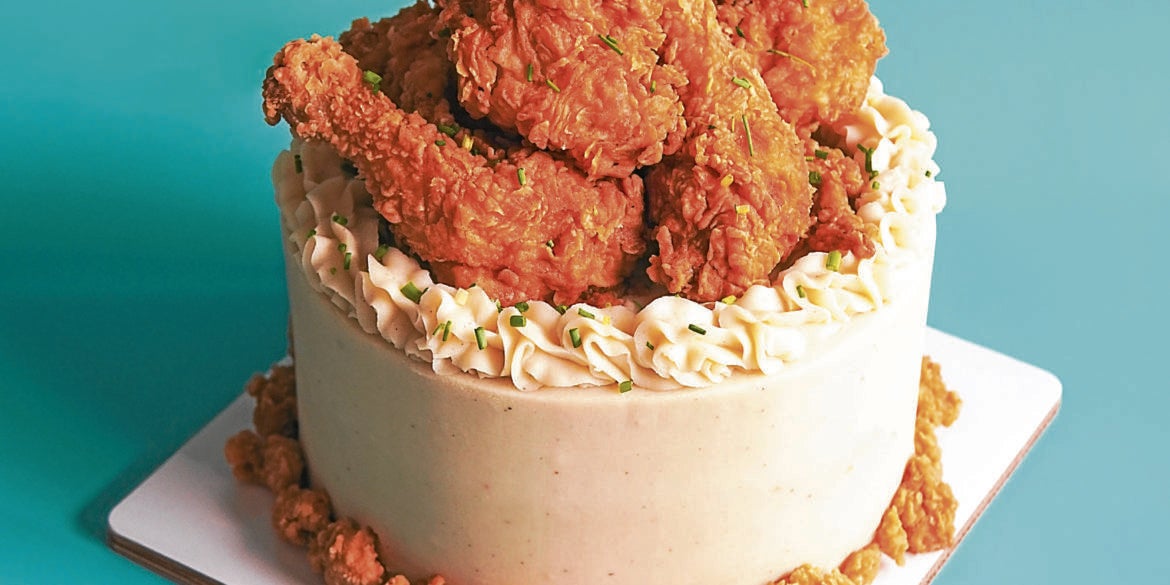 In search of unusual cakes? The Flour Girl has a few suggestions.Nicole Allyson Uy, also known as The Flour Girl, first came to our attention when her Pumpkin Carrot Cake landed on an online list of top carrot cakes in Manila. With the recognition, she convinced her parents to allow her to start her own little business in 2012.

Nicole studied pastry arts at the French Culinary Institute in New York City. She worked with chef Benny Rivera from City Cakes then returned home after her internship. She was hoping to work in a hotel, but that proved harder than expected.

In between job hunting, she continued baking from home. It was a client who featured her cake on the online list, without her knowing.

When she started her business, cupcakes were en mode, and she busied herself making them. The art of baking little cakes became second nature to her, as she made them frequently during her internship.

Making the perfect 3-oz cookie is another thing she mastered.

The baker describes her baked goods as mostly nostalgic, often taking inspiration from baked goods of her childhood.

Of her creations, I am amused by her one-of-a-kind Fried Chicken Cake, created on what she claims as a random day in 2015, while craving for KFC chicken and corn muffins from Kenny Roger’s.

Creating savory cakes isn’t a new concept for Nicole, who makes a meatloaf cake for her family on Thanksgiving. Picture a stacked meatloaf frosted with mashed potatoes and decorated with peas.

Nicole uses the same process for her fried chicken cake but with a new set of components: cornbread filled with coleslaw, frosted with savory mashed potato, then capped with fried chicken.

This “cake” was meant to be served as an accompaniment to a bucket of fried chicken. It’s comfort food in cake form, said Nicole.

Some find this creation of hers very weird. However, the Fried Chicken Cake also has its own set of fans, mostly those who aren’t fond of sweets, and those who want something different for special occasions.

Another unique creation of The Flour Girl is the Four Cheese Cheesecake, designed to look like a cheeseboard.

Nicole offers this only during the holidays. It is a festive cake perfect for Noche Buena or Media Noche, as the cake is adorned with cubes of cheese and crackers to complete the cheeseboard look.

Her latest creation is a Sundae Cream Pie. It is sundae cone, deconstructed and transformed into a pie. It is made with a waffle cone crust, fudgy brownie layer, ice cream pudding and a chocolate peanut magic shell for crunch.

Other recommendations include her fave, the Cookie Butter Layer Cake, as Biscoff is a favorite! The cake consists of alternating layers of mocha cake, Biscoff cheesecake, Biscoff spread, cookie crumble and mocha icing.

The Cereal Milk Layer Cake is a favorite among her clients. Nicole makes it by soaking vanilla cake in cereal milk tres leches. She then layers it with cereal milk mousseline, cereal milk cream and a cereal crumble in between.

The Flour Girl shared one of her all-time favorite recipes, the Calamansi Muffin.

Sift together the dry ingredients, all-purpose flour, baking powder and salt. Set aside.

In a small bowl, combine the milk and calamansi juice. Set aside.

In a big bowl, cream together butter and sugar until light and fluffy. Add eggs one at a time. Alternately add the dry ingredients and the liquid ingredients to your batter. Once combined, fold in the zest.

Scoop out the batter equally to the prepared baking pan.

Bake for 12 to 15 minutes until the toothpick inserted comes out clean. INQFollow @theflourgirl on Instagram