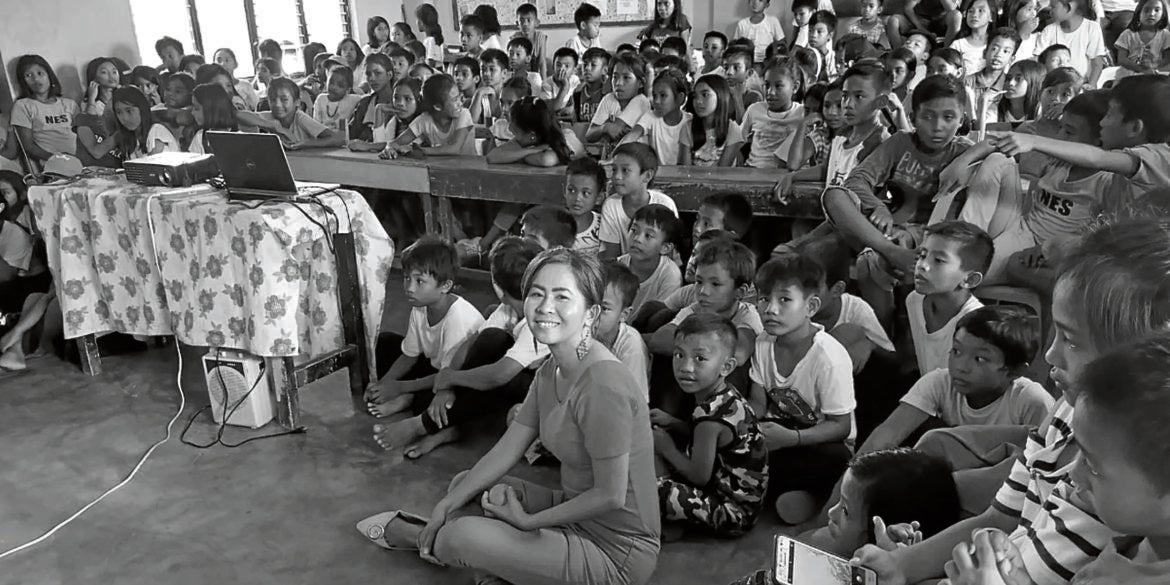 Salutan shows a film at a school.

After watching an indie film in class, then-college student Karen Jane Salutan was inspired to dream: to continuously showcase movies to the general public, with an emphasis in reaching out to remote areas.

Armed with a Business Administration degree from the De La Salle-College of Saint Benilde, Salutan then pursued a Masters in Media Studies Major in Film at the University of the Philippines Film Institute, with only her thesis currently on pause.

During her time in Diliman, she began to show films at Cine Adarna, a campus cinema which displays the hard work of aspiring filmmakers and established auteurs.

And thus, this exploration of the realities of Philippine cinema motivated her to create EdukSine, an independent Filipino film platform and social enterprise, which was recently launched at the Cine Adarna.

With a generous grant from the Department of Science and Technology, it was an integral push to serve as an avenue for independent filmmakers to highlight local films which strengthens cultural roots and narratives.

Cofounded with Romae Marquez-Peña, together they envisioned the project as an alternative to the sad fate of indie films that get abruptly pulled out of mall cinema theaters after low turnout.

EdukSine proposes a different way to promote these films to the right audience: through pre-arranged physical screenings in schools and universities, government officers and private companies, to include barangays and villages in the provinces. This is in addition to an online website and even hybrid setups.

The team wishes EdukSine to be a sustainable avenue for independent film producers and directors.

Today, EdukSine carries over 40 films accessible through their website eduksine.com, while others are available in physical screenings.

Aside from EdukSine, Salutan champions her Cine Kabundukan advocacy, which brings quality Filipino movies to far-flung areas through sponsored public shows. Before the pandemic, the profits from her daily film screenings were channeled to this cause.