Why Brian McKnight Jr. was impressed with Kyla in their first collaboration | Lifestyle.INQ ❮ ❯ 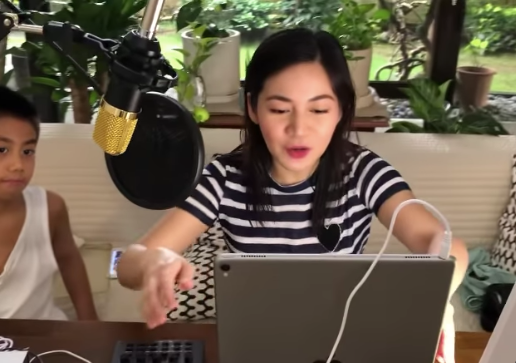 Why Brian McKnight Jr. was impressed with Kyla in their first collaboration

International hitmaker Brian McKnight Jr.’s first collaboration with R&B singer Kyla was a walk in the park, in a manner of speaking.

The two collaborated on the heartfelt love song “COY (Cuz of You).”

“It was one night and it was funny because…I was honestly nervous because at that time my air conditioning didn’t work anything like that. It was so hot in my apartment. I remember telling my girl before, we gotta cool the house down,” McKnight initially related during the online conference for the collaboration last October 14.

And when Kyla came for the recording, McKnight said she “knocked it out.”

READ: Kyla values a parent’s love as ‘the most important thing’

“It couldn’t be more than two and half hours. It came together seamlessly,” he added.

“This is probably the easiest session I’ve ever had,” he declared. “All I had to do was barely give a reference and then I just let her go. We were all impressed. I was taken aback. I mean, when you’re in the presence of someone who just so effortlessly delivers so much passion, so much reverence in that voice, bring all those lines to life, all I really had to do is to sit back and let her do her thing.”

It was a whole new experience for him as it was so fast.

“I don’t know if I’ll ever work with someone that can track as fast as I can. I would sing a phrase the way that I recorded it and she would just add that flair to it. Okay, this is Kyla. She took it to that next level. She gave it what it needed to be the song that now we are going to have,” he said, noting that he didn’t have to do much work other than guide.

“I’ve given an idea or two, maybe, but she took it to the next level. She always does. Perfect,” he said.

McKnight actually wrote the song around the same time that he wrote his hit, “Marry Your Daughter.”

“It’s really interesting because I was dating someone at the time when the 18-year-old me thought that I was with someone who I can be with for a long time. The lyrics of the song are as true as they can be,” he said about what the song is all about.

The “COY” collab is in line with ABS-CBN’s pursuit to expand globally by championing Filipino talent in the international arena. It’s out now on various digital streaming services worldwide.