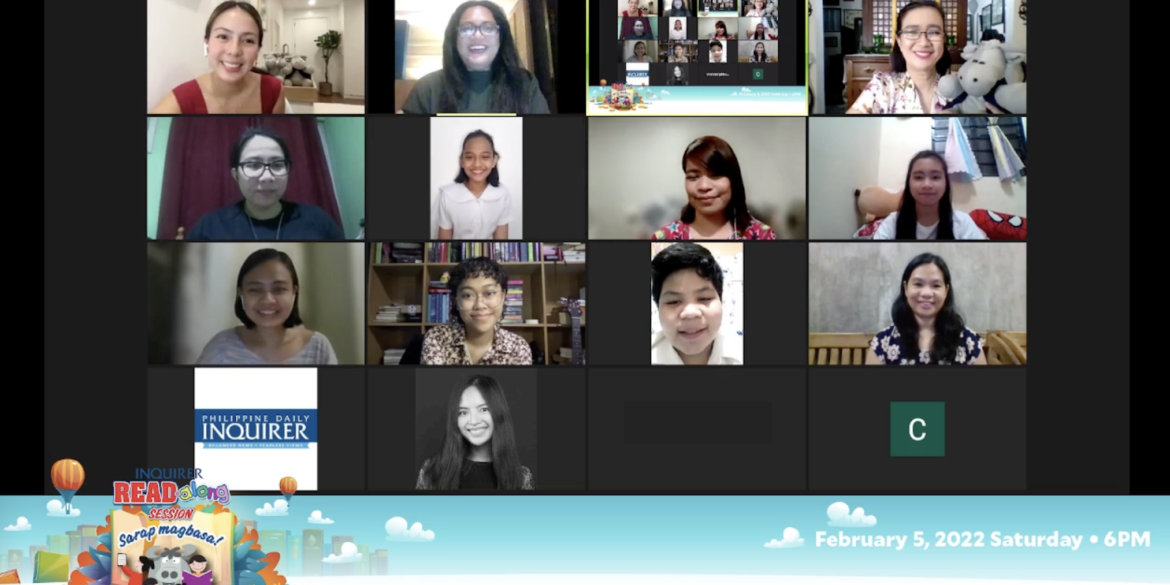 Reading can empower, connect people and even make them feel young again.

These were the lessons taken from the experiences of the three storytellers who read to some 60 children stories about different forms of heroism and ways of honoring modern-day heroes during a virtual Inquirer Read-Along session on Oct. 20.

For Aguila, who teaches Filipino to high school students at the main campus of the Philippine Science High School in Quezon City, reading to the kids gave her a youthful energy and made her feel that she is not stagnant as a teacher.

She read Rene O. Villanueva’s “Ayokong Pumasok sa Paaralan,” a story about a bee who initially refuses to go to school and his mother who convinces him that he can have the most fun in life in school.

Aguila, who comes from a family of teachers, has dedicated nearly half of her life to championing the Filipino language and culture and hopes that education will always be valued and given importance.

“We are still in pandemic time, so I hope every chance the children get to go to school will be treasured. I hope that children will enjoy learning and give care to their communities,” she said.

Cabanlet read the life story of Private First Class (PFC) Nestor Acero, a marine who died in 1972 during a battle with Muslim outlaws in Sulu and was posthumously awarded the Medal of Valor for sacrificing his life to cover the withdrawal of his comrades in arms.

According to Cabanlet, the book he read was more meaningful to him as a marine because “when you enter the marines, the story of the bravery and sacrifice of PFC Acero is the first one imparted to you.”

A decorated Marine himself, Cabanlet spent 29 years of his life in the military and has helped promote peace and prosperity in war-stricken Sulu Island and neighboring areas. He served as assistant chief of Western Command’s unified command staff in Palawan.

It was Cabanlet’s first time to read to kids but he said he is familiar with the art of storytelling because of the Sasakyang Aklatan ng MBLT-1 (SAM1), a mobile library project of the Marines in Sulu when he was still the commander there.

“We brought books to different parts of Sulu and we translated these books to Tausug and my soldiers who know Tausug read to children,” Cabanlet said.

Valdez read Ompong Remigio’s “Yaya niya, Nanay ko,” a story of a child’s love for her mother who works as a nanny for another child.

She said the story encapsulated the meaning of the word “sacrifice” and she hoped that the children learned to value and appreciate the people who take care of them and sacrifice for them. Valdez, who juggles motherhood with a busy acting career and a cake shop business, narrated how her now teenage daughter turned to reading after they disallowed the use of gadgets when she was younger. Reading, she added, has helped her daughter develop a wide vocabulary.

The storytelling program, aired live on Inquirer and Metrobank’s Facebook pages, kicked off with an opening message from Kristal T. Batino, Senior Program Officer of the Excellence Awards Unit of the Metrobank Foundation.