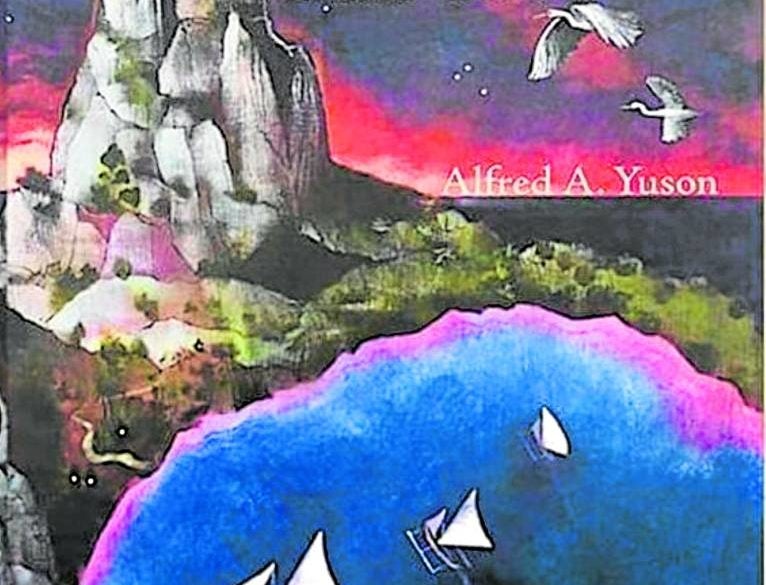 A seemingly simple story, “The Mountain That Grew” by Alfred A. Yuson, illustrated by Marcel Antonio and Ilana Antonio (San Anselmo Press, Quezon City, 2022) is a tale of the island Manao that had become deserted because its inhabitants had left it in search of greener pastures. Its Mt. Lariq had no more gold to yield nor trees to show off because they had been cut down by the islanders who needed to build their boats to travel away from the island.

Early on, the mysterious and curious growth of Mt. Lariq is noticed by one of the remaining inhabitants, Ka Liser, who realizes that climbing the mountain has become so difficult, reaching the peak became long and arduous. One could not come down the same day and a new trail had to be discovered each time.

But what a reward to reach the summit and see the wondrous sight it gave the persistent climbers. “They could see all the other outlying islands floating in the shimmering sea.” There too was the sight of boats returning to the island, having heard of the mountain that was growing. The mountain that grew could not longer be kept secret.

And each day, the mountain “seemed more and more determined to meet up with the sky itself.” The higher it grew, the more lush the greenery became with trees “that seemed to promise forever.” The peak seemed elusive with the continuing growth until it was no longer possible to reach the peak anymore.

It came as a surprise that one day, the mountain did stop growing—people who slept during the climb found themselves in the same spot the next day. People then offered many theories—were the mountain climbers not pure of heart? Were there too many of them to begin with? Was it the babel of tongues that hindered the climb to heaven?

In a touch of irony, the mountain climbers fought sleep to witness why the mountain had stopped growing only to discover that the very villager Ka Liser who had told them about the growing mountain was now cutting down trees to ensure that it would no longer grow. He was concerned that more and more people would continue to search for paradise and abandon the island.

Many islanders did not accept his belief but were pacified with the thought that if Ka Liser could endure the ordeal of cutting down the mountain while everyone slept, he was best left with his strong conviction. A priestess wisely suggested that they all “sleep in peace,” assured that they would awaken with their shared dreams providing an answer on what to do next. As Ka Liser continues to toil at night, there prevails the hope that all dreams will become one one day. 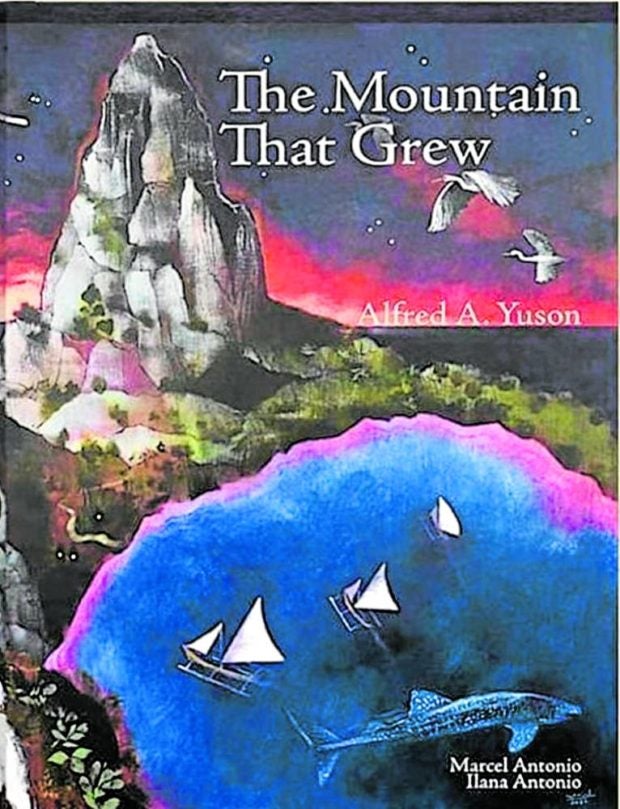 At this point, as the reader wonders what happens next, the author speaks, “There are many endings to this story. Each one is told in the people’s different dreams, as they sleep each night and wait for their dreams to become one.”

To some, that may be a major letdown. But also a wonderful opportunity to craft one’s ending, to dream a dream that may be shared by the islanders, Ka Liser included. It also opens the door to many curious questions: what is the growing mountain a metaphor for? Is the climb to the peak the human pursuit that marks our lives? Is it man’s unceasing aspiration for meaning? Is the journey to the peak, heavenwards, Everyman’s search? Does the mountain represent Mother Nature we have abused? Is Ka Liser a hero or a villain? What does every new sunrise represent?

This children’s story is an excellent example of one that raises questions, rather than provide answers. What literature is really all about, one that leads to critical thinking. The open-endedness is commendable, one that intrigues and holds the reader’s attention. A gold mine for teachers to explore with students or for that matter, any reader.

There are hints of the lovely image, being startled by sunrise, in the narrative. It is for those who slept the night after reaching the peak. There were those who rejoiced at the thought of a new peak to climb again, at sunrise, “when it came to startle everyone.” The reader is in a sense, also startled by the powerful final sentence, bringing the story to a quiet, reassuring note. “Each morning they are startled by sunrise.” INQ

Available on the San Anselmo Publications Inc. shop on Shopee.