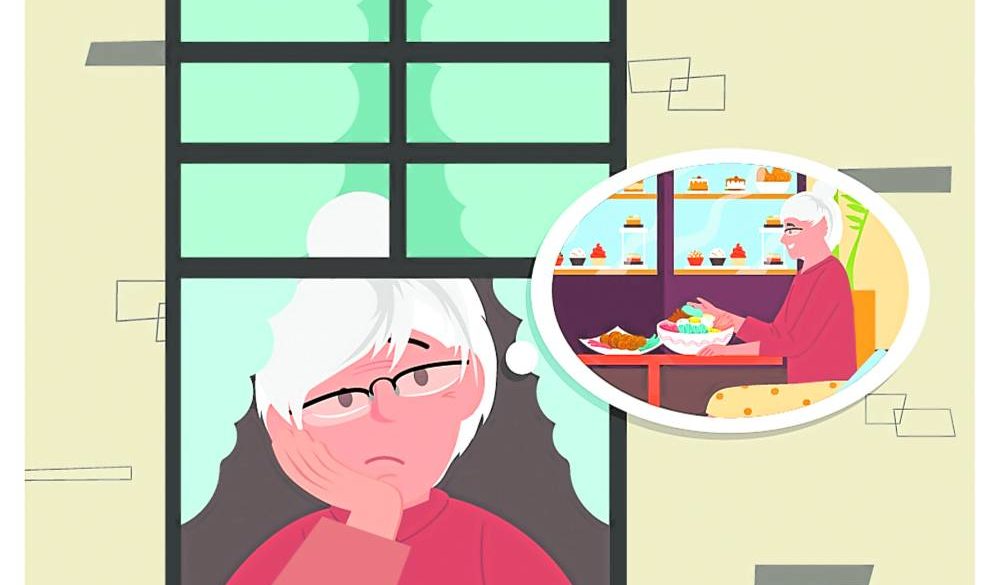 W hen I see the very elderly all dressed up being brought, with a lot of trouble, to restaurants by family, I wonder whether lolo or lola would have preferred to eat at home in comfort, comfort clothes included. No doubt, at a certain age, seniors are also safer at home than anywhere else.

But does anybody bother to ask them what their pleasure might be?

I’m afraid there’ll come a time when our opinions won’t matter, when everyone else will know what’s best for us and might even be right. But while we’re not there yet, perhaps we should make things perfectly clear.

How often have I heard a fellow senior say, “I’d like to, but my children won’t let me go out?” For a time children were paranoid about the threat of COVID to their parents and other family elders, and I don’t blame them for becoming very strict with them. But the threat has greatly eased and the vaccines are apparently working—although I myself succumbed twice, but recovered sans hospitalization.

I also think we sometimes give our children cause to suspect we may be losing it and prompt them to step up and take control. Occasional mental lapses, in many cases I know brought actually by hearing problems and a generational difficulty mastering electronic gadgets are among the usual signals.

It’s a blessing I’ve got myself a healthy younger husband. Otherwise, I must admit sometimes, I could myself be giving my own children the wrong impressions. Well, definitely, I don’t have problems about control—not just yet.

A widowed friend just announced to friends she was buying herself a new car, and we were excited for her. Alas, her children, now her cosignatories, wouldn’t let her. Another is being pressured, however gently, about the practicality of moving out of their now-oversized family home into a smaller house or a condo. Both happen to be in perfect control, not ready to cede it.

But soon enough we may be persuaded to do that. At that point, my own dad had to let go. Many of my widowed friends, in fact, have done so, and seem happy they did.

Some contemporaries I know didn’t even have to be stopped; they themselves didn’t want to go anywhere anymore, and feel, ironically, liberated. But they are mostly in their 90s and have become too dependent for acquainting themselves with the new technology, a territory where grandchildren prove handy.A few friends phone me for chats about the old times, about the people they miss or sometimes to remark upon a column of mine that has resonated with them. I’ve started Vibering older friends my columns, since I’m published less on paper now than online, which is unfamiliar, if not unknown, territory to most of them. These are my readers who precisely like being home more than anywhere else.

My own lola, who lived to 92, hardly ever went out even when she was younger. She was likely in the kitchen, in her garden or sewing.

I had my own taste of staying home like never before during the pandemic. I even experienced being in isolation during my two bouts of COVID, but I was too weak to care.

Nowadays, outside of my aqua aerobics and gym work for rehab after an angioplasty, I also spend more time at home than anywhere else. I enjoy watching Netflix or YouTube, which my son Rob sets up for me. After my upcoming cataract operation, I’ll resume reading. I’m more often in the kitchen, mostly for special dishes and final tastings; otherwise, it’s kasambahay Lanie’s domain. With prices of food constantly going up, I’m back to planning home meals and looking for new recipes.

Hazards surround every adventure now, whether in or out of the house, but I’m far from retiring from active life or surrendering control to anyone except for new technology. Anyway, I lead an uncomplicated life, with small resources to preside over.

For fun? Vergel has his regular tennis. But he remains in fair demand mentoring younger journalists, and his opinion as an elder is often asked on a range of subjects in public forums. I myself have a lot of reunions with classmates from two schools—Maryknoll, for grade school, and St. Theresa’s, for high-school and college—not to mention with other groups of friends. One of them suggested no more air travel, so college buddies and I are going to Pampanga to visit a classmate who lives in a heritage home and whose husband collects vintage cars. I already missed two such excursions, being away.

Winner Foundation, another group of friends, is having a Christmas fund-raising bazaar. It’s one of those yearly things we do, and I look forward to it.

My writers’ group is planning a reunion of sorts in the home of our mentor, the late Gilda Cordero-Fernando, in Quezon City, before the end of the month. That’s always fun.

We have a breakfast group meeting fairly regularly on topics that are always stimulating.

My RATS—a gang of first cousins and a friend who is herself already family—are planning a trip to Bacolod to stay in the newly remodeled old home that belongs to cousin Sylvia, one of us.

Life has to be made exciting and happy in the company of family and friends. But no matter how much we enjoy our outings, we’re always happy to be back home. No place like it to recover from everything—including fun. INQ