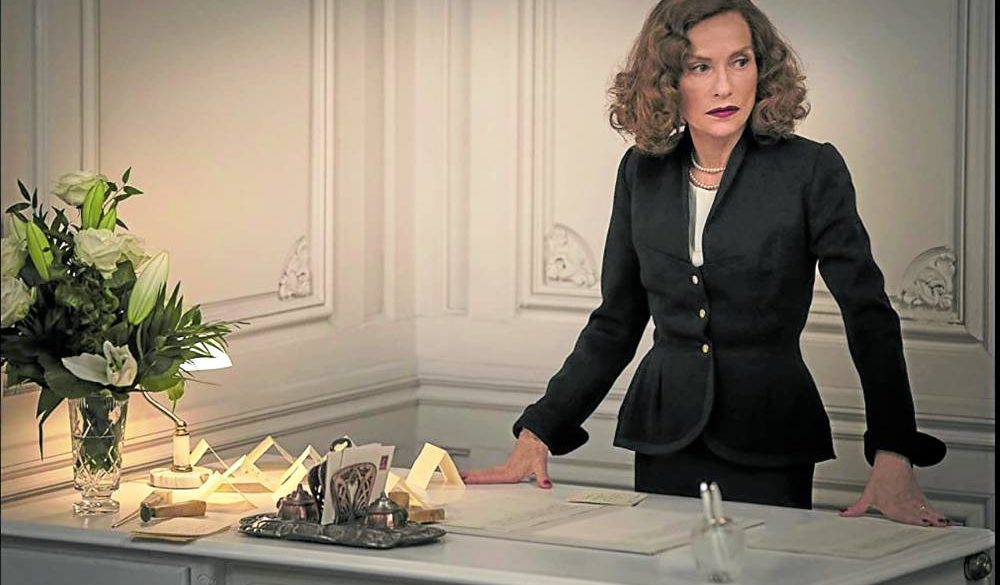 Huppert’s ill-tempered Claudine Colbert is the perfect foil for the protagonist in “Mrs. Harris Goes to Paris.” —IMDB.COM

Isabelle Huppert, icon of art-house cinema and arguably the most remarkable actress of her generation, was recently in Manila to promote the 25th French Film Festival.

The 10-day showcase of French cinema was a highlight of the 75th anniversary of diplomatic relations between France and the Philippines.

Huppert, along with Lucas Bravo (designated love interest in the Netflix romcom series “Emily in Paris”), joined Ambassador Michèle Boccoz during the opening ceremony at the Greenbelt 3 Cinemas in Makati.

Both actors starred in “Mrs. Harris Goes to Paris,” which was among the 17 titles in the lineup.

The drama-comedy was one of the four featured Huppert films that offered a glimpse of the actress’ versatility and fine talent.

Inspirational and lighthearted, “Mrs. Harris” is actually a rare project in Huppert’s extensive filmography though she really did not stray far from her penchant for playing complex, morally ambiguous characters. Her ill-tempered Claudine Colbert was the perfect foil to the titular protagonist.

It is in roles like this that the theater-honed actress finds comfort.

“I often hear that they [my roles] are not easy persons to like,” Huppert said at a press event when asked why she’s drawn to being the antiheroine, or that much-maligned, unlikeable breed of film characters.

“I think most of the time the situations they’re in are not easy to like [either]. [It’s] not just the consequences of [their] social, political or personal situations [that are problematic]. Of course, in order to survive or go through these [tough] situations and the only way [out for them is] to not be nice.”

“It’s rewarding and interesting to play these kinds of roles,” said Huppert. “It’s also more comfortable to have a great role than a bad role,” she added.

Apparently, roles are not even the prolific actress’ primary motivation for accepting projects.

“Most of the time, before choosing characters, I choose working with the directors—great directors,” said Huppert, her accent subtly emphasizing the kind of filmmaker that she prefers to work with.

Now the actress speaks fondly of the legendary French directors not just because she had worked with them but also because she wants their names to be remembered by current filmgoers.

The Philippines’ own Brillante Mendoza has directed Huppert in the 2012 film “Captive,” about the yearlong hostage crisis that started with the Abu Sayyaf kidnapping guests from an upscale resort in Palawan and taking them to the remote jungles of the South while demanding ransom.

In an interview for Cineuropa.org at the time the film was screened overseas, Huppert described filming with Mendoza thus: “How do you create chaos yet control it at the same time, while plunging the actors into a climate of extreme surprise? Here lies Mendoza’s talent. We never knew what to expect. The actors had not met each other before. There was a script, but Brillante didn’t really follow it. Everything was unexpected. It was, in the end, a situation very close to reality.” —CONTRIBUTED INQ