Food historian: ‘I don’t believe in having a national dish’ | Lifestyle.INQ ❮ ❯ 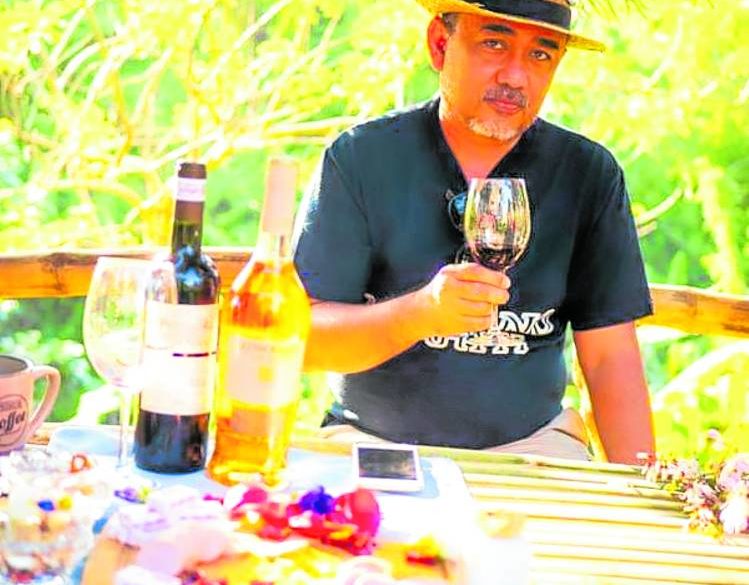 Food historian: ‘I don’t believe in having a national dish’

Is adobo truly representative of the Philippines? Should the national dish be sinigang because the recipe is easily adapted to different palates? Should it be the kinilaw, the fresh and delicate raw fish appetizer that embodies the Filipino’s taste profile of sourness, sweetness and bitterness?

“I don’t believe in having a national dish. Adobo shouldn’t be hailed as a national dish because it is not inclusive enough,” declares culinary historian/graphic designer Guillermo “Ige” Ramos Jr. He once noted that Muslims don’t eat pork adobo.

Ramos’ ruminations on what makes a dish Filipino were compiled in his book of culinary essays, “Dila at Bandila,” published by Anvil Publishing Inc.

“I wanted to talk about the great cultural divide, the theory presented by historian, Dr. Zeus Salazar, in framing my studies on food. I love the idea of the crops of oppression leading to the unending question: What is Filipino food?” he says.

Ramos defines “crops of oppression” as rice, sugar and coconut, which the Spaniards had imposed on the Filipinos to plant. The exploited farmers toiled to produce the crops that paid for the taxes of the colonial masters.

The success of the Filipino edition led to the English version, translated by Joey Baquiran, a professor at the University of the Philippines, under a grant from the National Development Board.

Though most Filipinos are hooked on TikTok and Instagram and snub the printed page, Ramos is optimistic that there is a readership for scholarly discourses about Filipino food.

“The Filipino diaspora want to delve deeper into the understanding of what Filipino food is about. We are now going beyond the pancit, lumpia and adobo trifecta. Lifestyle readers are looking for restaurants that tell stories about the food that they serve. These emerged from the food-themed books and cookbooks released in 2021 to 2022. ‘Dila at Bandila’ has been enjoying a wide readership,” he says.

Apart from book design, Ramos has had an extensive career in writing food columns and editing a food magazine for a supermarket chain. He designed and wrote “Republic of Taste,” a definitive book on Cavite’s famous dishes and their history, which sold out. He plans to devote rest of his career to writing scholarly books on food and gastronomy.

Ramos reads up on La Bullipedia, an online encyclopedia for the fine dining industry, organized by chef Ferran Adria whose restaurant El Bulli was famous for molecular gastronomy.

He also admires Sidney Mintz, the Father of Food Anthropology, who researched on the links between the slave trade, sugar production and hunger; and French sociologist Pierre Bourdieu, who wrote “Distinction,” wherein he defined taste as both flavor and judgement.

Ramos read all the books of cultural historian and columnist Doreen G. Fernandez, whom the New York Times dubbed a “champion of Filipino food.”

Asked what’s the best advice he has received about food writing, he replies, “There’s no such thing as a scoop. Its only purpose is to serve ice cream.”

Aside from menus, beer mats and wine labels from restaurants worldwide, Ramos collects cookbooks from Afghanistan to Zambia, which, as of last count, total 1,284 titles.

Travel has been a source of inspiration for his books. In all the cities that he has visited, Ramos will always buy a food-themed book and a cookbook as souvenirs.

One of the best gifts he received abroad was when he got stuck in France in September. A friend surprised him with chocolate bars, manufactured in the UK, but using single-origin, fair-trade chocolate beans from the Philippines.

His recent food discovery was the Artist Chocolate from Marburg, Germany, which is made of single-origin, ethically sourced cacao beans from Kablon Farms in South Cotabato.

Way before the pandemic, Ramos didn’t go out much except for food-related events, and worked on book projects at home while cooking meals for him and his spouse.

“I prepare fairly basic meals like soup, light salads and sandwiches. We don’t eat as much as before. We practice mindful eating—savoring and tasting, and not being satiated and bloated. With our reduction of meat and fish, we seem to be heading toward plant-based and fermented foods,” he says.

To keep his adrenaline going, he drinks four to five cups of espresso. Among his kitchen rediscoveries are monggo, tuyo and good local vinegar, which he says “are part of my being.” —Contributed INQ

Ramos will hold a book signing of “Dila at Bandila” on Nov. 13, 4 to 6 p.m. at National Bookstore, Glorietta 1, Makati City.