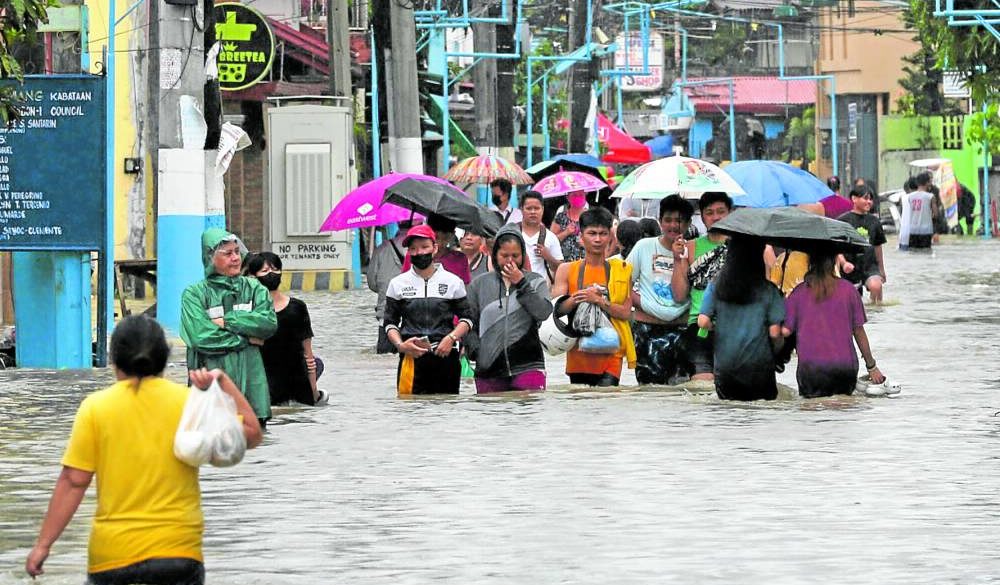 Typhoon ‘Paeng’ and the Philippines’ need for climate resilience

As one of the world’s most disaster-prone countries due to geographic location, the Philippines ranks among the top three countries in the world for population exposure and vulnerability to hazards. Every year, our country experiences an average of 10-25 disasters and an average of 20 tropical cyclones in the Philippine area of responsibility, with roughly 8 or 9 making landfall. With the present rising sea level and unpredictable weather patterns as a result of climate change, the Philippines must prepare to be tested further in its capacity to prepare for, manage and recover from natural disasters.

The Severe Tropical Storm Paeng affected over 2 million Filipinos across 17 regions, with strong winds and heavy rainfall that resulted in landslides and over 554 flooding incidents in various areas across the country. The death toll of Severe Tropical Storm Paeng has risen to 156, with over 30 people still missing, according to the National Disaster Risk Reduction and Management Council. Poverty and the lack of access to basic services like infrastructure, financial services, health care and other strong predictors of vulnerability to climate disasters leave many Filipinos largely susceptible to immediate effects like flooding, damage to infrastructure, death and injury.

The latest assessment of the Department of Agriculture displayed a devastating estimate of at least P1.3 billion worth of agricultural goods wiped out by Severe Tropical Storm Paeng, affecting more than 50,000 farmers and fisherfolk, the volume of production loss at over 66,000 metric tons and 64,000 hectares of agricultural land. With the reduction of farm productivity and the damage to farm inputs and supply routes, facilities and infrastructure, natural disasters affect our agricultural sector adversely. When agricultural production output decreases, food supply is threatened, and food prices rise as a result. The Bangko Sentral ng Pilipinas thus estimated inflation hitting between 7.1 percent and 7.9 percent due to transport fare hikes, rising domestic petroleum prices, the depreciation of the Philippine peso, and higher agricultural commodity prices due to typhoons.

There is much that can still be done to build our country’s climate resilience, and urgency prompts us to take action now more than ever. Many Filipinos still live in the constant fear that the next typhoon will cost them their livelihood, their homes and their lives. Building and boosting resilient foundations, revising land use plans and protecting critical infrastructure are essential to alleviate the damage of current and future natural disasters.

In addition to direct support to households and businesses, governments must also play a role in protecting public investments, assets and services. Urban and land use plans are also important responsibilities of the public sector, as they influence massive private investments in housing and productive assets, thus it is vital these adapt to evolving long-term climate risks.

It is important for us to educate ourselves and others on our country’s need for climate awareness and action, and our own need for disaster preparedness and risk management. We must use social media as an avenue and platform to spread awareness on issues that affect all of us. It is fundamental for our generation and the next ones to acquire multifaceted perspectives in order to develop a culture in which the youth are encouraged to speak up and act on issues such as climate resilience. When people have the access to resources and information, they are better prepared to face climate disasters when they befall.

The author is a 9th Grade student at Victory Christian International School.