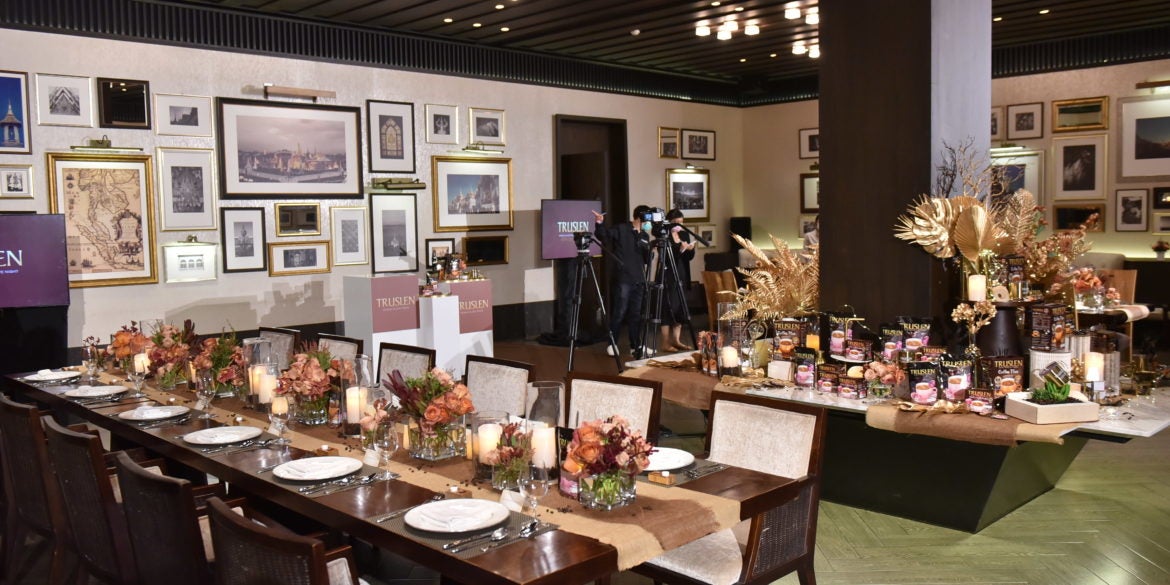 Thailand brings world-class taste to the Philippines with Truslen Coffee

Much is said about the country of Thailand. Brimming with rich culture, scenic views, and the friendliest of people, I suppose that may also be the reason why it is sought out often by tourists, specifically Filipinos. Perhaps it’s the proximity, or perhaps it’s the familiarity the country seems to exude. It’s a world-class destination that offers a diverse array of experiences, one of which falls under the category of food and dining. The same country that brought beloved dishes such as Pad Thai and Pad Kra Pao is once more expressing its generosity, showcasing the country’s best-selling coffee, Truslen, on a global landscape.

In a rare and incredibly privileged opportunity, the Lifestyle Inquirer team had the pleasure of being one of the few members of the media flown out to Bangkok, Thailand to experience and celebrate with Truslen first-hand. Commemorating their triumph of winning the esteemed Superior Taste Award by the International Taste Institute in Brussels, Belgium, the one-night-only event consisted of a delectable 5-course dinner at a Michelin Star restaurant – which was only fitting considering how the Superior Taste Award’s jury comprises of over 200 Michelin-starred chefs! 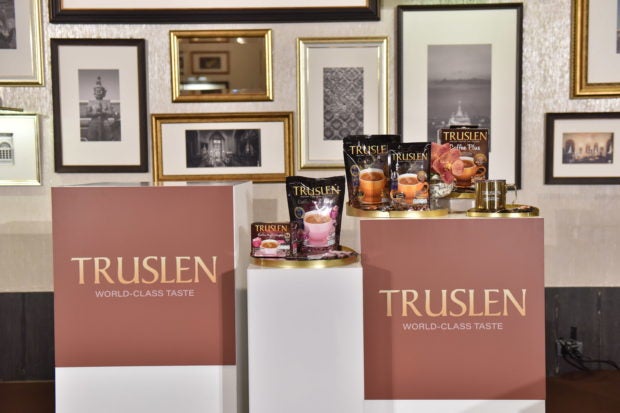 Recognized as one of Thailand’s leading coffee brands, Truslen is not only known for its world-class taste, but also for its properties that contribute to weight-loss. All coffee packets come with no trans fats, no cholesterol, and are also completely sugar-free. They also offer a variant with collagen which is perfect for those that are more mindful of their skin or aging.

Earlier in the evening, guests were kindly greeted at the door and offered a special Truslen mocktail. Perfect to counter the Bangkok heat, everyone was ushered into a room generously decorated with brown and gold accents. Tables were pristinely set, and shelves were filled with a mix of foliage and Truslen Coffee Bags. Some of the special attendees included a number of recognized personalities from many different parts of Southeast Asia.

From Thailand, the fine-dining event was graced with the presence of famed actress Taksaorn Paksukcharern. Best known for her award-winning roles in both film and television, she was also joined by the likes of Miss Tiffany Universe 2017 Rinrada Thurapan, model Kora Prim, and Mmudmee Kanchanit to name a few. As for the Philippines, we were joined by Television Commercial Model Geng Maderazo. As the evening began, dishes prepared by the michelin-starred chefs slowly made their way to our tables. Starting off with starters which comprised of a spicy scallop salad, handcrafted flower-shaped dumpling filled with fish, and a deep-fried dumpling filled with chicken. Then for our soup, we were served refreshing river prawns that sat atop a coconut bisque which almost tasted quite like a tom-yum.

Throughout the entire event, guests were introduced to each dish with much depth and care. A reflection of Truslen’s own process in crafting their coffees, each plate that made their way in front of us paid homage to Thailand’s beloved coffee brand, further driving the point of how Truslen truly is world-class.

Following our starters, we then moved on to mains. A melt-in-your-mouth braised pork dish sat on a bed of mashed potatoes. Served with a sauce that also contained Truslen, it wasn’t long until guests completely devoured each serving within minutes!

With the evening drawing to a-close, our final two courses wrapped the event up perfectly. A delicious pandan opera cake with a serving of coffee ice cream (Truslen of course!) and a hearty cup of coffee served as the cherry on top to an exemplary evening.

Throughout the entire evening, there wasn’t a single awkward silence or feeling of dead air. Each guest was entertained, and the host kept everyone engaged. One would call it a perfect fine-dining experience, but in truth, it felt like an utter reflection of Truslen’s connection to people. A product so recognized and appreciated, now proudly finding itself on Philippine shores.