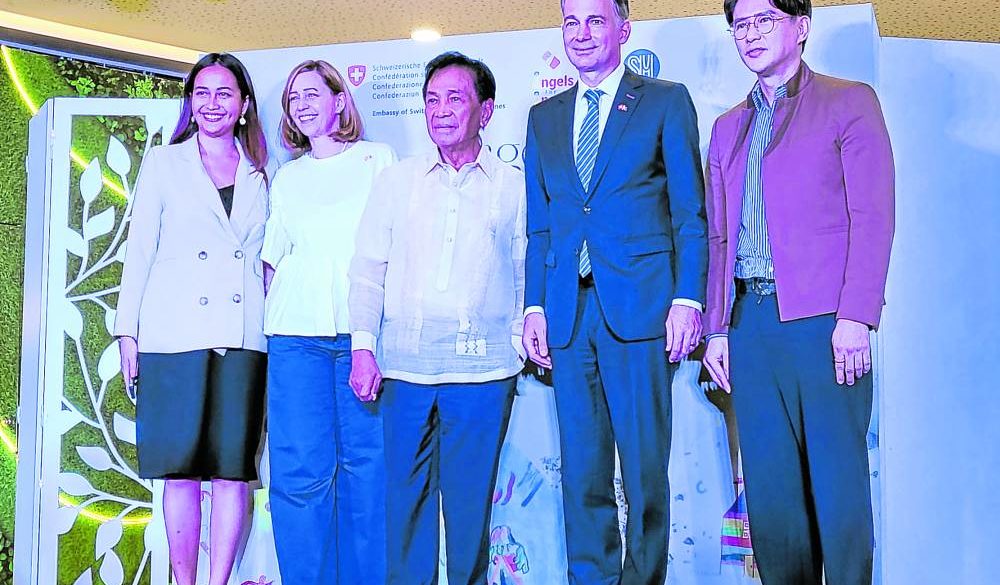 It’s the sweet gift that keeps on giving.

The Embassy of Switzerland in the Philippines launched its third edition of “Angels for Angels,” a Christmas initiative it started in 2020. The enterprise is the brainchild of the Switzerland ambassador’s wife, Daniela Gaschen, to promote women empowerment, livelihood and solidarity.

While the previous years saw Christmas angel ornaments made from recycled materials for sale, the embassy has chosen to offer a different treat this year. It launched the Swiss Chocolate Legacy project to highlight both the Philippines and Switzerland’s chocolate heritage, as well as to mark 65 years of diplomatic relations between the two countries. It teamed up with homegrown and award-winning chocolate makers Auro Chocolate, Malagos Chocolate and Tigre y Oliva to come up with chocolate bars for this year’s fundraiser.

“We wanted to find something where the two countries relate,” said Switzerland Ambassador Alain Gaschen. “We invented the milk chocolate, but chocolate is strong in the Philippines as well.”

The chocolate bars come in envelopes that feature the artworks of children, making it more meaningful. The embassy held a mini-art contest where kids were asked to create their interpretation of a Christmas angel. The bright and lively masterpieces of Louis Fürst, 5; Anya Ysrael M. Lapiz, 6; and Logan Siles, 7, were chosen to be featured on the chocolate bars’ packaging.The embassy has partnered with SM Supermalls for the second straight year to support underprivileged women in marginalized communities.

“The proceeds from each bar of chocolate produced will go to our women beneficiaries in indigenous communities in Mindanao who will be taught techniques in cocoa and coconut farming,” said SM Supermalls president Steven Tan at the unveiling of the Angels for Angels chocolates. “Additionally, women deprived of liberty in Quezon City will also be provided with equipment and training to begin the production of their own local chocolate bars to sell.”

“Talking to these chocolate makers, we realized that we can do more to develop the chocolate industry in the Philippines,” said Gaschen. “For one, we can use some healthier products,” he told Lifestyle. The initiative aims to explore the use of coconut sugar, so that the chocolates produced are healthier, even for diabetics. Coconut oil has been found to be better for the environment than palm oil.

“We also discussed things like intercropping. Because if you intercrop, for instance coconut with cacao, the cacao is more resilient if you have big typhoons. The coconut might be destroyed but you will still have an income,” Gaschen added. This is seen to help the community be less dependent on market and weather conditions and to be more resilient.

“My understanding in the Philippines is that the average farmer is getting old, it’s more difficult to recruit the young talents because it might not be that attractive financially,” said the envoy. “So if you have diverse sources of income it makes more sense.”

The Swiss Chocolate Legacy project will also bring in maitre chocolatiers from Swiss companies such as Nestle and Lindt to exchange ideas and expertise with our local makers where chocolate production is concerned.

“Angels for Angels” chocolate bars are available for P100 each in select SM malls.