When in Abu Dhabi, cover arms, wear a veil, stay away from camels when in black | Inquirer Lifestyle 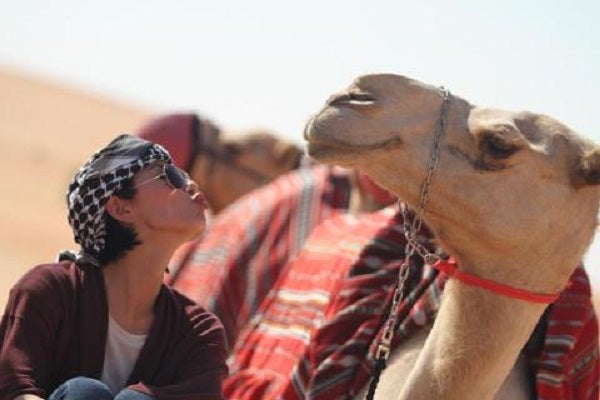 When in Abu Dhabi, cover arms, wear a veil, stay away from camels when in black 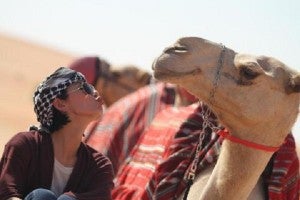 MANILA, Philippines — Visiting Abu Dhabi? Model and veteran MTV VJ Denise Keller, host and producer of TLC’s two-part series “Passage to Abu Dhabi” gives tips on the do’s and don’ts for those planning on taking a trip to the United Arab Emirates capital.

“Respect culture and religion,” was Keller’s first tip for travellers during a phone interview with journalists from Southeast Asia, pointing out that while Abu Dhabi is quite modern, the city also boasts of being able to blend tradition.

“Be modest. Cover your arms and shoulders,” she tells female travellers. “They’re really modern and are okay with tourists wearing t-shirts and jeans.”

When visiting mosques, Keller said that women should cover their hair as a sign of respect for religion. She said that emirati women covered up not only because of tradition but also because it was practical with the kind of environment and climate Abu Dhabi experiences.

“In the past it was the only way to protect their skin from the sun,” she explained.

For male travellers, she said that it was not acceptable to “offer your hand to a lady, just nod and say hi.”

Keller also described Abu Dhabi as a safe city, saying that she “can walk at 2 to 3 a.m. and nothing will happen.”

Tourists who want to understand Abu Dhabi’s culture through its people should keep in mind that although the emirati are not secretive people as they are often perceived to be, privacy is important to them so one needs to be careful not to ask questions that are “too personal.”

For those planning to watch the Al Dhafra Camel Festival or just want to see camels during their stay in Abu Dhabi, this was Keller’s advice: “Stay away from camels when you are wearing black. Black to a camel is like red to a bull.”

She told reporters how their cameraman drew camels’ attention during their shoots, saying in jest that they first thought he must have looked or smelled different to the camels. Turns out, he was wearing black and that was what irked the camels.

She said that it always helped to travel light, never forget one’s passport, plane tickets and essential items but the most important thing to remember when traveling was to “know about the place you’re going to. Know cultural nuances.”

Keller unveils a city that has kept up with the modern times without sacrificing its traditions on “Passage to Abu Dhabi”. Part one airs on April 16 at 8 p.m. and part two April 17 also at 8 p.m. on TLC.