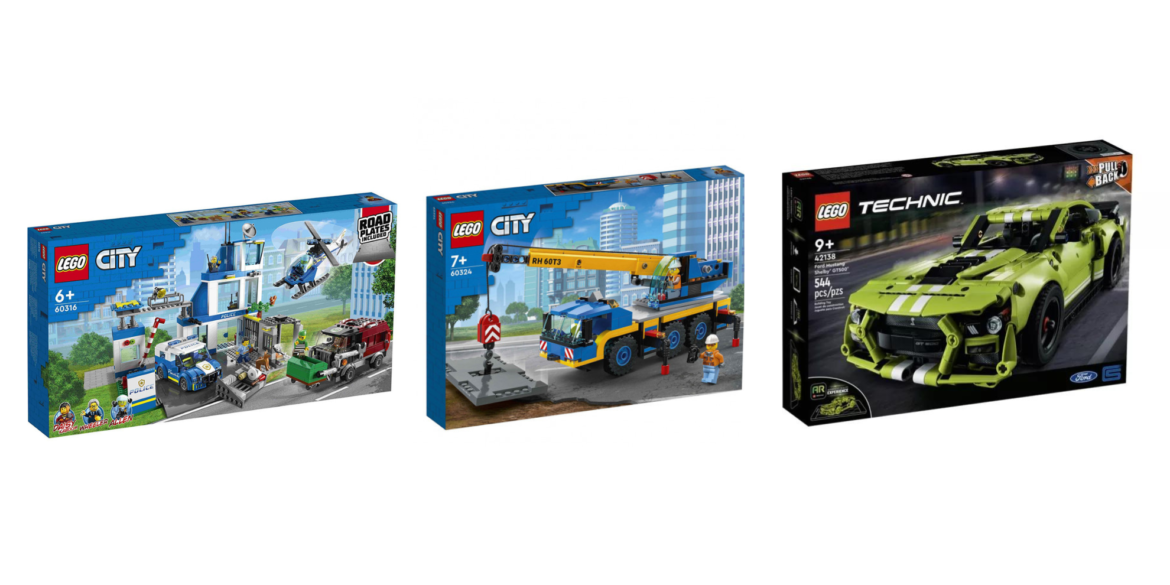 Creative, infinite, and varying ways to play come out top on kids’ wish lists, based on a survey conducted by The LEGO Group.

This Christmas, gift the gift of imagination and exploration with LEGO toys as The LEGO Group reveals its Top 10 sets for the festive season.

With the holiday season around the corner, The LEGO Group today announced what kids desire the most this Christmas. In a survey conducted in partnership with global market research firm Dynata, it was found that of the 1,100 kids from the Asia-Pacific region surveyed, those between 3-12 years old most desire gifts that can harness their creativity and expression while offering infinite ways to play.

Top of their wish list were toys that give them flexibility and freedom to play repeatedly in a myriad of ways (89%), while also allowing them to push the limits of their creativity (87%). The children also shared that they want toys that allow them to stretch their imaginations. While screen time has taken over both parents’ and kids’ lives, surprisingly, many kids still prefer physical toys over digital games, with close to 4 out of 5 kids surveyed choosing open-ended toys, as compared to just over half who chose digital games.

What is also of interest is that LEGO sets were desired by both boys and girls as the gift which they most wanted for Christmas (70% for boys and 60% for girls). Conversely, other toys had a large disparity in the genders that chose them – 50% of boys versus 15% of girls chose toys like action figures, while 56% of girls versus 8% of boys chose toys like dolls.

To get families started, The LEGO Group has put together the top 10 sets of the year across themes like LEGO CITY, LEGO Technic, and LEGO Friends to build a child’s dream this Christmas!

For those who love some action, they can choose to suit up and solve crimes with 60316 LEGO CITY Police Station, a 3-level set featuring a police dog training area as well as story-inspiring details such as a possible prison break with a rubbish truck by crooks; or help build the city with 60324 LEGO CITY Mobile Crane that mimics the real life construction cranes on the road; or make tactical decisions with 42138 LEGO Technic Ford Mustang Shelby just like a race car driver using the augmented reality app and two pull-back motors to launch the vehicle.

For children who love adventures, they can make a splash with the 41720 LEGO Friends Waterpark that features the water cannon and spinning octopus; or spend a day role-playing as a princess in the 43024 LEGO Disney Princess Anna and Olaf’s Castle to enjoy hours of endless fun and storytelling opportunities. That’s not forgetting the vehicle-loving little ones who can develop fine motor skills with the 10959 LEGO DUPLO Police Station.

Other crowd favourites include 71403 LEGO Super Mario™ Adventures with Peach Starter Course, 71772 LEGO NINJAGO The Crystal King, and the 11021 LEGO Classic 90 Years of Play. More information about the sets can be found in the Notes to Editor below.

Families can also gather around and fill the room with holiday spirit with the 41711 LEGO Friends Emma’s Art School that features a beautifully styled art school building and detailed set parks. In the spirit of giving, shoppers can look out for promotions of some of these sets as well as gifts with purchases at the LEGO Certified Stores. They can enjoy discounts for these top 10 gifts for up to 29% OFF. There will also be a Rebuild the World mall event by The LEGO Group at SM North EDSA Annex from November 25 to December 31 as well as in Robinsons Mall Magnolia Atrium from December 12 to December 23.

Rohan Mathur, Marketing Director, Southeast Asia at The LEGO Group, said: “This Christmas, we are keen to enable children in the Philippines to build a playful holiday together with their families as we take pride in the open-ended play offered by our Top 10 sets that meets their desire to have creative and infinite ways to build and rebuild.”

Taste the flavors of Hong Kong at Honolulu Café