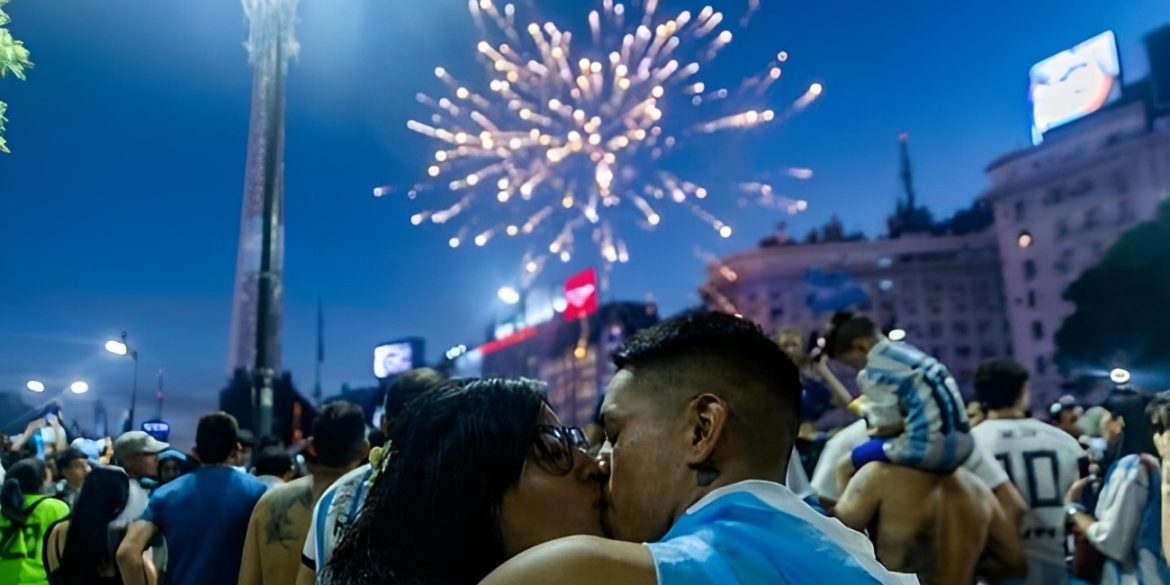 Celebration erupted in Buenos Aires and all over the world as millions rejoiced with Argentina’s victory over France in the FIFA World Cup.

Going down in history as one of the best games of football ever played, the match for the ages between the two titans went down to the wire, down to the final minute. A scenario fit for a finale, the south American team managed to take an early 2-0 lead during the first half thanks to both Lionel Messi and Angel Di Maria. Superstar Kylian Mbappe however would not yield, scoring two goals within two minutes before regulation ended to force extra time. Seemingly shutting the doors on a comeback Messi scored once again in the 109th minute—only for Mbappe to complete his hat trick, forcing a penalty shoot-out. Argentina would then go 4-2 in the shoot-out to secure the trophy, the perfect conclusion to Messi’s historical career.

Sights from all over the world

If anyone should be celebrating, it’s Messi and the Argentinian football team. See the Golden Ball winner dance out of sheer joy on the table in their dressing room.

LIONEL MESSI JUMPING ON THE TABLE IN THE DRESSING ROOM 😂

Millions of Argentinians flooded the streets of Buenos Aires as soon as they had officially won the tournament. Watch as this lucky cyclist witnesses the exact moment this happened.

A cyclist pedals down the empty streets and captures the moment Argentina wins the World Cup on penalties over France, sending an entire nation into raptures. 🇦🇷🇦🇷🇦🇷 pic.twitter.com/GksNOniX8m

A sport that brings the world together, despite being from a different nation, this did not stop others from all over the globe from showing their love and support for the champions. Fans of the Argentinian football team flooded the streets of their own countries to watch the game together with their countrymen.

Argentina fans in Bangladesh as Argentina won the World Cup. Via @robiulhossainn. pic.twitter.com/U980TLiagi