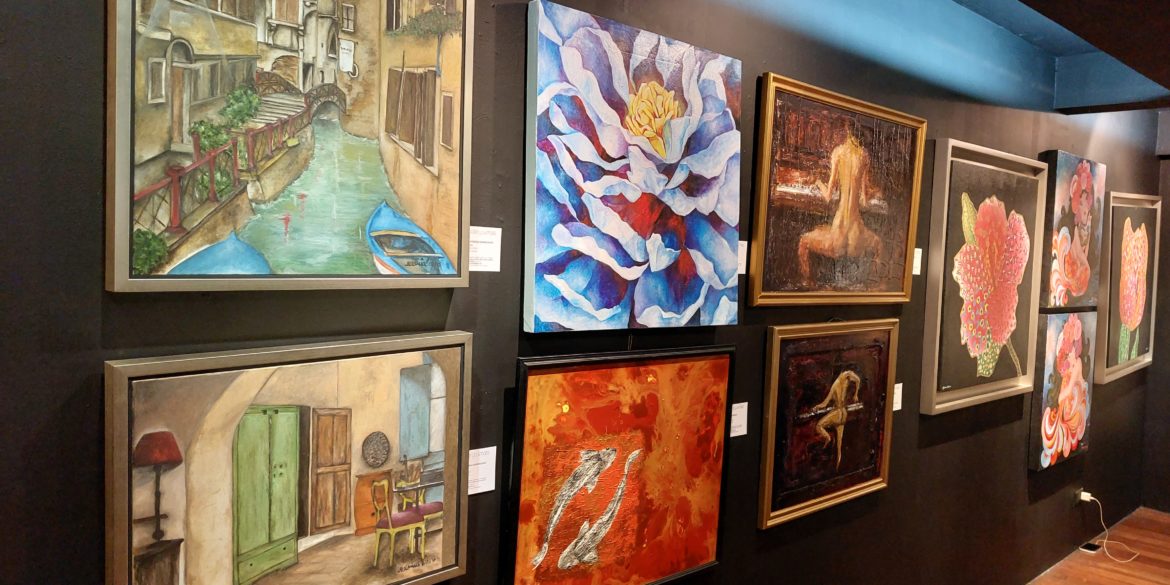 MANILA, Philippines — The United Women Artists Association of the Philippines (UWAAP) celebrated its ninth anniversary through an art exhibition dubbed “9” in Makati City last January 7 to help the elderly in Laguna.

UWAAP Founder and President Menchu Arandilla told the Inquirer in an interview that more than 100 pieces from 40 artists displayed in the exhibit are all up for sale, and the proceeds from the sale of these art pieces will go to “the abandoned ‘lolas’ (grandmothers) of San Pedro, Laguna.”

Arandilla said UWAAP has been extending help to the elderly in San Pedro since the association’s establishment in 2014. Since then, it has grown to more than 500 members, including overseas female Filipino artists. The association said its primary goal is “to support the goals to achieve success of the Philippine women artists.” Among its roster is beauty queen Hemilyn Escudero-Tamayo, 2021 Mrs. Tourism Universe.

UWAAP artists are composed of “doctors, lawyers, educators, bankers, accountants, managers, international and local civil [servants], and entrepreneurs who vow to continue and revive their love for the arts,” the association said.

The association positions itself as “a guild of female artists of all ages who exude grace, true self-respect, indomitable strength, integrity, creativity, skill, and eagerness to learn both traditional and brand-new influences.”

Arandilla said UWAAP has been holding its anniversary art exhibition every year, with the exception of the last couple of years because of the COVID-19 pandemic. On her recollection, the last exhibit was held at the Dusit Thani in Makati City before the global health crisis erupted. “I think that was bigger,” she said.

For the recent exhibition, Arandilla said she spent three months working on the pieces, the biggest of which is the oil on canvas painting she titled “Bird’s Kingdom in the Enchanted Forest” that measures 40 by 30 inches.

UWAAP’s next art exhibition will be in September. “It will be for the induction of my officers,” Arandilla said. EDV