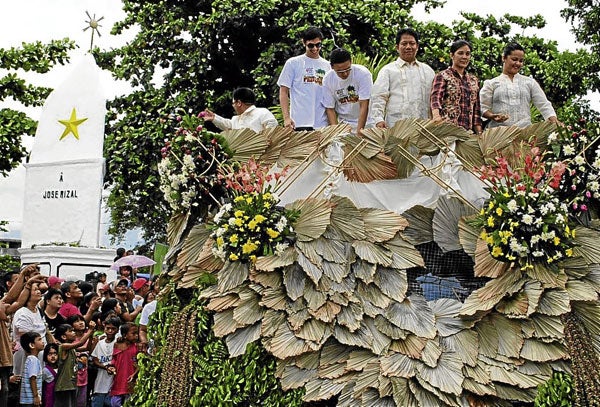 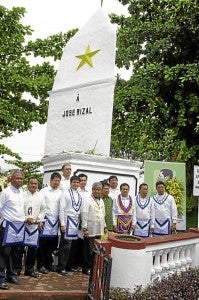 While the whole nation recently paid homage to Dr. José Rizal on his 150th birth anniversary, the quaint town of Daet, capital of Camarines Norte, is abuzz with activities around its own Rizal Monument—the first ever to be built in honor of the national hero.

This 20-ft stone pylon is bereft of intricate design but in every way special because it is a monument to Bicol’s libertarian aspirations.

And perhaps due to its physical distance from the center of celebrations, our own quiet but equally meaningful Rizal 150 commemoration has gone almost unnoticed.

On the banks of Daet River, construction of the Rizal Monument started Dec. 30, 1898, in compliance with the 1898 decree of Gen. Emilio Aguinaldo, President of the Philippine Republic, to observe Dec. 30 as a national holiday in Free Philippines.

It was completed in February 1899, antedating by 14 years the monument in Luneta, which was inaugurated only in 1912. By virtue of this act, Camarines Norte became the first province to celebrate Rizal Day.

The monument was built through the financial contributions of the townsfolk of Camarines Norte and the Bicol region, with Lt. Colonels Antonio Sanz and Ildefonso Alegre of the Republican Army leading the undertaking.

Designed by Sanz, a Mason, it is composed of a three-tiered stone pylon, its square base surmounted by a two-level triangle, the last one tapering off to a point. The front face contains a black metal slab from the National Historical Commission when it was declared a national historical landmark in 1961.

Inscribed on the podium are Rizal’s popular novels “Noli Me Tangere,” “El Filibusterismo,” and “Morga,” a tribute to Antonio de Morga, author of “Sucesos de las Islas Filipinas” in 1609, an important book on the Spanish colonization of the archipelago which Rizal annotated.

There is an eight-ray sun on both sides of the topmost triangle, a five-pointed star and the phrase “A José Rizal” (To José Rizal). Unlike other Rizal monuments, it does not have his sculptured image.

Oral accounts say that the base contains a time capsule containing the list of contributors to the project. Some quarters and treasure hunters even believe there were treasures buried around it.

Masons had an important role in putting up the monument because of its pronounced Masonic elements. Add to this the fact that Rizal, Aguinaldo, Sanz and many financial contributors were Masons. 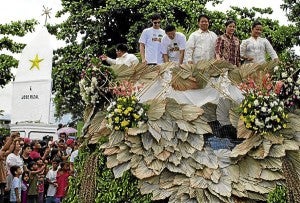 Masonic historian Reynold Fajardo wrote in the periodical Cabletow: “The monument is unquestionably Masonic. The base is a square and is surmounted by a triangle. On the sides of the triangle may be seen the five-pointed star and at the top used to be the all-seeing eye.”

While Rizal has never set foot in Daet, the First Rizal Monument is a source of pride not only for the townsfolk but also for all Bicolanos, attesting to the people’s reverence for Rizal and his ideals.

Rizal’s life and ideals inspired Daet’s political leaders and citizenry in declaring the municipality as a Character Town in 2002, which upholds universal values as guiding principles in governance and public life.

To emphasize this point, the first public officials of the province of Camarines Norte and the municipality of Daet have incorporated the image of the First Rizal Monument in the provincial and municipal insignias.

This will remind elected officials, now and in the future, to govern in accordance with the virtues espoused by Rizal.

Today, this historic monument is a reminder of the heroism and martyrdom of the Great Malayan, and the resiliency of the Bicolanos.

Failure to visit it and pay homage to Rizal when in Daet would be a tragedy of monumental proportion.

Tito Sarte Sarion is the Mayor of Daet, Camarines Norte.