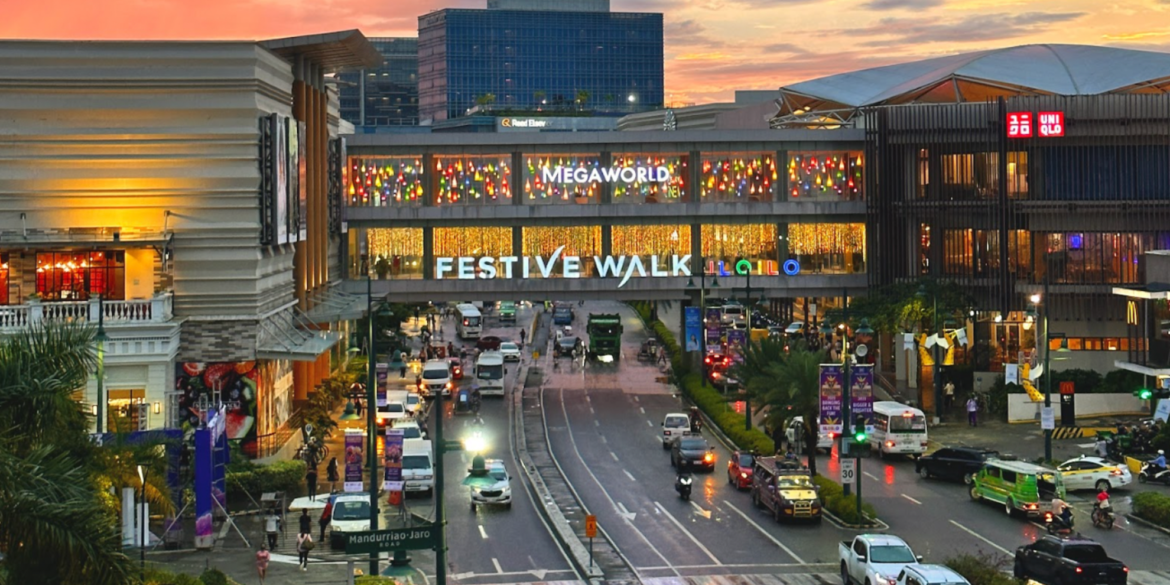 A foodie guide this Dinagyang weekend at Iloilo Business Park

All roads lead to the Heart of the Philippines, as Iloilo is charged to celebrate its colorful and highly spirited Dinagyang Festival this weekend. One of the country’s annual fiestas held in honor of Señor Sto. Niño is back after two years of limited celebrations, much to the excitement of both Ilonggos and tourists.

All that merrymaking will surely make revelers hungry. And what better way to experience the best of Iloilo than through a food crawl right at Festive Walk Iloilo?

From ‘batchoy’ to ‘kansi’

Kaon na ta and begin the day at Prince Baker, a local bakery and café. Grab a cup of their café latte or caramel macchiato and pair it with their best-selling cheese roll or white chocolate ensaymada. The homegrown café also prides itself in its all-day breakfast offerings which have become a hit among locals. If you’re the big breakfast type, the Western Platter is for you. It comes loaded with two pancakes, hash browns, eggs and your choice of Hungarian sausage, bacon or ham.

Come lunch time, you can head to Buto’t Balat and have your fill of their Kansi and Baked Talaba. An Ilonggo dish, kansi is similar to bulalo but with soup that’s soured with batwan, a fruit native to the islands of Panay and Negros and commonly used as a souring ingredient. 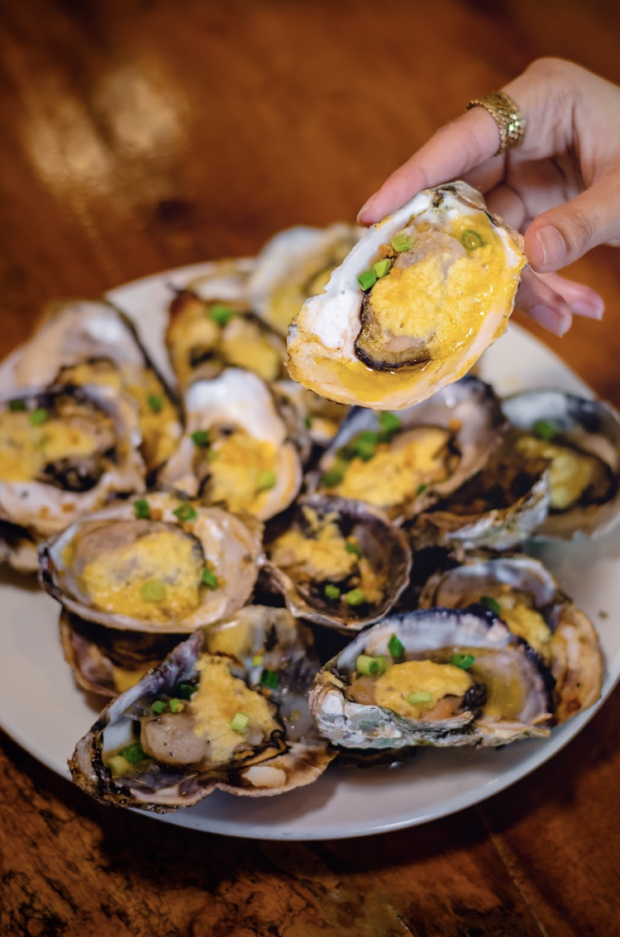 There’s also Panabor, which translates to panlasa in Tagalog, and their slew of Ilonggo specialties. Feast on Patutim sa Tuba, which is duck cooked in native coconut vinegar and muscovado. “It’s my father’s recipe,” chef Jeff Ticao told us. We must say it’s definitely namit.

Another must-try in Panabor’s menu is KBL, short for Kadyos, Baboy and Langka. The sisig, though a Kapampangan dish, has a hint of sweetness as it is given a dash of Ilonggo flavor.

There’s also locally sourced scallops topped with cheese and torched right in front you. A tall glass of batwan juice cleanses the palate.

On the other side of Festive Walk Iloilo is K-Town, a street lined with pretty and colorful East Asian-themed lanterns.

Once at K-Town, slip into Carcosa, a homey and cozy bistro which specializes in pizzas made with freshly made dough. Meat lovers should delight in the Carcosa Special Pizza, which has a generous amount of chorizo and bacon, and Supreme Pizza, with caramelized onion and bacon. 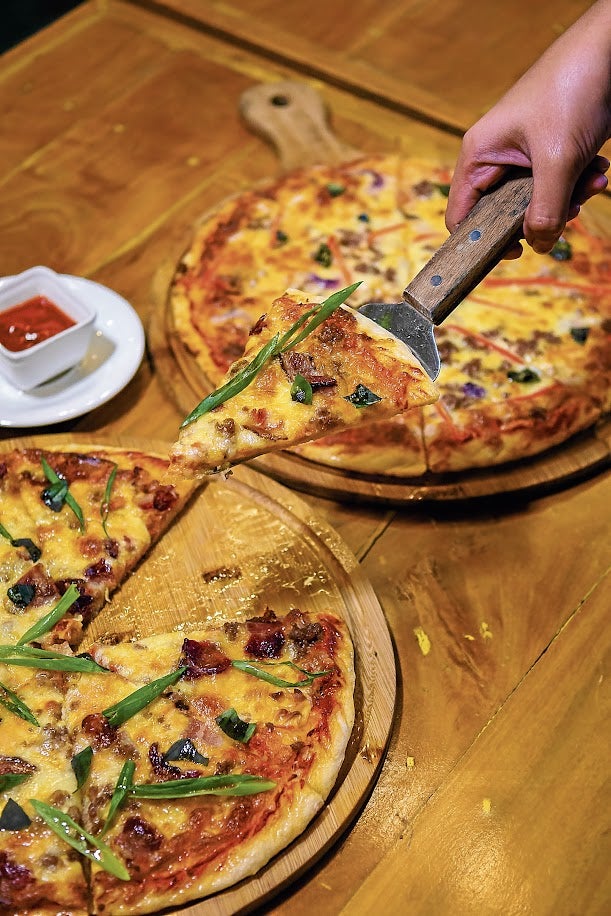 Veggie lovers need not fret, for the restaurant also serves Pizza Margherita. Make sure to order Carcosa’s all-natural lemonade, a cool and refreshing match to its flavorful pizzas.

A trip to Iloilo is never complete, of course, without a bowl of steaming La Paz batchoy. Head to Inggo’s, home of the original noodle soup dish, and has been around since 1920. Its founder, Domingo “Inggo” Lozada, has been recognized by the Iloilo Chamber of Commerce and Industry as one of the Most Outstanding Ilonggo Pioneers for coming up with the batchoy. Inggo’s La Paz Batchoy comes in pork or beef. For the noodles, diners have the option to choose between meke (its signature), miswa, bihon or sotanghon. Finish off your heavenly  and utterly comforting bowl with their equally tasty puto, dipped in the soup.

If you’re craving for meat fresh off the grill, check out Bigby’s and ask for their Rack-a-bye Baby, touted as the best, premium-cut smoky barbecued pork ribs. Another recommended dish is the CDO Sinuglaw, the restaurant’s award-winning sinugbang baboy and isdang kilawin recipe. Bigby’s was founded in Cagayan de Oro back in 1998.

Before heading back home, stop over at Panaderia de Molo and Balai Ilonggo for your pasalubong haul.

Panaderia de Molo has been the go-to shop for many years now where local baked goodies are concerned. Treat your family and friends back home to packs of barquillos, galletas, broas, kinamonsil and kinihad. Their stall on the third level of Festival Walk Iloilo also sells frozen pancit molo balls.

Balai Ilonggo, meanwhile, showcases products from all over Panay Island. The one-stop pasalubong shop offers Ilonggo delicacies such as biscocho, lengua de gato and butterscotch, as well as mango glazed pretzel sticks, mango piaya and mango barquillos from Guimaras. Crafts and artworks of local artists and artisans are also on display here, allowing visitors to have a sense of how truly talented Ilonggos are.

Hands down, Festive Walk Iloilo houses all the best flavors of Iloilo, and then some. Make sure to swing by this Megaworld hotspot when you’re in Iloilo for the Dinagyang weekend.