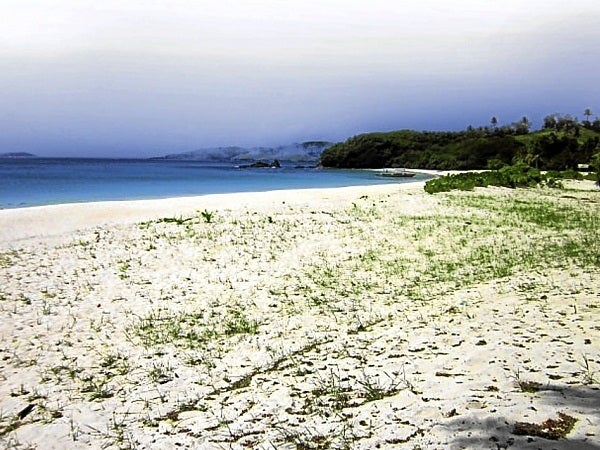 Off the Camarines Norte coast in Bicolandia, facing the turbulent Pacific Ocean, is a captivating cluster of 17 islands—known by the generic name of Calaguas—which are becoming the buzzword in ecodestinations.

There is an invitation to the media to visit the isles from the provincial government headed by Gov. Edgardo A. Tallado, care of the provincial tourism office (e-mail [email protected]; Facebook Come To Camnorte).

And so off we go.

Entry point to Calaguas is Paracale, northwest of the capital of Daet, and that day entailed a wet and wild two-hour boat ride over choppy waters that left everybody drenched. Thank God for life vests and for those big black plastic bags which protect the equipment.

At the start, you could already discern in the distance the contours of some of the isles, becoming clearer as the outrigger boat made its agonizingly slow way, challenging the waves and the swells. The winds buffeted us. There was no real danger, however, as it was the start of summer and the weather was good.

After 90 minutes, a lone fishing boat appeared. “We are now approaching Vietnam,” said coordinator Lally Supetran. A tantalizing beach cove materialized, but this was not our destination.  Instead, the pilot swerved left and we caught a glimpse of more isles, beach coves with the obligatory white sand, rock formations, sea cliffs, vegetation, tall trees along the mountain peaks, and greenery.

Finally we reached the most attractive of the islands,  “Mahabang Buhangin” (Long Beach), aptly named because of its 1.5-km expanse of white-sand beach, the cleanest aquamarine waters we have seen in a long time, and refreshing wind.

“Ito ang pinakamaganda dito (the best beach here),” boasted Rogelio Austria, 44, father of five and caretaker of the privately-owned island for the past two-and-a-half years. (Arrangements for visits have to be made with the provincial tourism office.) He estimated that Long Beach is about 600 hectares, with narra, coconut and other fruit-bearing trees.

Crows, bats and other birds fly overhead, along with an occasional Philippine eagle. The waters here are definitely cleaner than much-ballyhooed Boracay, with its congestion, helter-skelter development, and plethora of upscale resorts.

But don’t look for Boracay- or Cebu-type amenities here, because there aren’t any. Bring a tent, or rent one. The Austria family has their own hut. There are few other huts, but they are privately owned. So, aside from renting a tent or bringing a hammock, you can settle down for the night on the picnic tables and benches.

There are no mosquitoes here because the waters are not stagnant, and the wind blows caressingly. In the afternoon the group decided to go trekking but that’s not my trip, thank you. I just opted for a decorous beer or two with the tour guides, led by the jovial Paul (who aspires to be a teacher) and the intense Steve, who were preparing dinner and pulutan (bar chow) for us.

An egret flew by and nonchantly perched itself on a carabao, and then left. Two crows were seen nearby. “Magdyowa sila (they are lovebirds),” the tour guides chorused. Yellow butterflies fluttered overhead or breezed past you.

The tour guides kindly offered me their tent, but the floor was too hard for these old bones, so I spent the night in a hammock (which turned out to be owned by colleague Kara Santos and her husband) by the beach.

My slumber was fitful, for the cold wind which swept through the isles made me shiver. But I was not one to complain for it was an experience, being my first time to stay overnight in a hammock, my companions the deserted beach, the lights from the fishing vessels, and the rhythm of the sea.

It is cool in Calaguas even during summer.